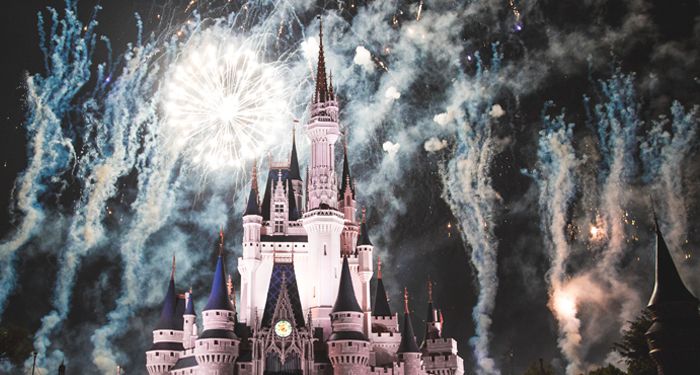 “‘Magic is genderless,’ Porter said during on an appearance on ‘Variety Live’ on Tuesday night. ‘We have all these sort of genders that we’ve put on things and it doesn’t actually matter. It’s not about sex. It’s not about sexuality. It’s not about gender. It’s about magic. It’s about being somebody’s fairy godmother, father, person, whatever you want to call it. That’s what it’s about.’

The ‘Pose’ star had already completed his work on the movie before production was shut down in the wake of the coronavirus pandemic. He was tightlipped about what song he’s singing in the film, but he did tease his costume. ‘It’s gold and there are pants, there are skirts, there are heels, there are cowl necks and wands and things,’ he said.”

I can’t wait to see the costumes!!!

“Women of Kim Jiyoung’s generation live in a time where physical abuse and discrimination are illegal, yet violent culture and customs remain; four out of five Korean men admit to abusing their girlfriends, according to the Korean Institute of Criminology, while aborting female babies remains common practice, says Cho. ‘I wanted to talk about invisible, non-obvious violence and discrimination, often considered insignificant – which is difficult to bring up or even to be recognised by women themselves.’

Cho is not the only South Korean author tackling gendered violence. Her novel is part of an emerging literary tradition, with titles including Ha Seong-nan’s Flowers of Mold, Jimin Han’s A Small Revolution, and Yun Ko-eun’s The Disaster Tourist (to be published in English in May). Han Kang’s International Booker prizewinner The Vegetarian, like Kim Jiyoung, Born 1982,follows a seemingly unremarkable woman, who withdraws from abuse inflicted by her father and husband into psychosis.”

Looking for new women authors coming for misogyny (I always am)? Here you go!

“I felt so alone when I was growing up and I never saw anybody portray a story like mine in a book. Since the book has come out, I’ve been getting messages on social media, especially from other Asian Americans, [about] how much people have connected with the story and felt they were heard.

It’s very hard for people who are not immigrants to really understand what it’s like to move to a place where you don’t speak the language and how hard it is to find a home. Immigrants do so much in our communities, yet we’re treated like second-class citizens because we don’t have paper[work] or we don’t [speak] the [same] language. I want people to realize—at least from my story—that it’s not an easy process. A lot of people who come here have great strength, and they work really hard to make a living and make a home for themselves.”

I never say no to a good graphic memoir.