What is the appeal of billionaire romance books? Although several think pieces have asked this question, I don’t understand how anyone doesn’t already know the answer. Haven’t we all played the “what would I do if I won the lottery” game? We live in a capitalist society. And money—especially the idea of being so rich that you don’t even have to think about money—is sexy. There, I said it. And you know what’s sexy besides money? Sex. Also love. And billionaire romance books tend to weave all three of these elements together in one swoon-inducing story.

So for all the romance readers who like reading about big bank accounts, luxurious modes of transportation, and a likely dash of emotional unavailability, here are 28 billionaire romance books, with a few millionaires that may have snuck in. Enjoy! 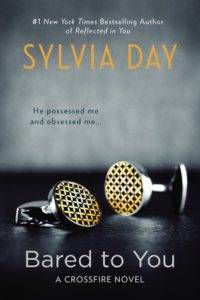 Bared to You by Sylvia Day

When twenty-four year old Eva meets billionaire Gideon in the lobby of her office building, they both feel instantly attracted to each other. Both must recon with their abusive pasts to give their love a chance of turning into a healthy relationship.

An ambitious assistant and her billionaire boss try (and thankfully fail) to ignore the chemistry between them in this office romance.

Beauty and the Billionaire by Kira Blakely

A Billionaire Affair by Niobia Bryant

Childhood enemies and new co-CEOs, Alessandra and Alek, battle for control of their parents’ billion dollar company and try to deny the feelings they have for each other.

A heart-melting, own voices romance between a trans male art student and an older genderqueer billionaire. 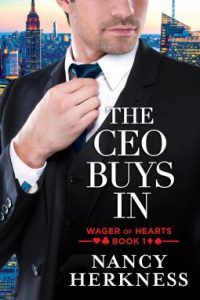 The CEO Buys In by Nancy Herkness

Three billionaire bachelors make a bet about who can find a woman to love them for more than their money. Nathan thinks he may have won the bet and found the woman of his heart in his new assistant, Chloe.

The Contract by Zeenat Mahal

Shaira, a Pakistani single mother living in Lahore, tries to put her abusive marriage behind her and provide for her son by agreeing to a marriage in name only to Hussain, a wealthy widower with a meddling, matchmaking mother and young daughter.

CEO Lucas Marks is shocked when his beautiful waitress turns him down. But Bailey doesn’t want to work two jobs forever. She has dreams of becoming an interior designer. Dreams she won’t jeopardize by dating her boss’s ex. But when she’s assigned a design project at Lucas’s house, will she be able to resist him? Spoiler alert: no.

Fixed On You by Laurelin Paige

Alayna Wither is a recent MBA grade determined to avoid any men who might trigger her obsessive love disorder. Hudson Pierce is a wealthy nightclub owner who’s incredibly wrong for her. Attraction brings them together. But their shared tragic pasts will either tear them apart or bind them more closely together than either ever imagined. 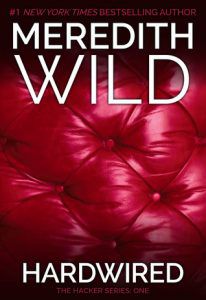 The romance between a billionaire hacker and new college graduate seeking funding for her internet start-up.

This slow burn, hate-to-love romance tells the story of a photographer’s assistant trying to make up for her father’s indiscretions and the corporate mogul who doesn’t want to forgive her for her family’s mistakes.

Love and Money by Esther Banks

This billionaire romance book flips the trope on its head, with a female billionaire becoming entangled with Jason, her newest hire, on the eve of her thirtieth birthday.

Chelsea Grant is one job away from putting her unstable childhood behind her and getting the promotion of her dreams at the PR firm where she works. Unfortunately that one job is getting tech CEO Adam Grant ready for the launch of his new product. And the company doesn’t want Adam to know they hired her.

The Marriage Bargain by Jennifer Probst

First in the Marriage to a Billionaire series, this book features a bookstore owner in financial peril and an unromantic billionaire who needs a wife in order to inherit his fortune. He suggests a marriage in name only to solve both problems—one of the oldest romance tropes in the book! 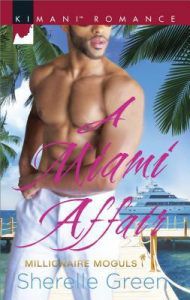 A Miami Affair by Sherelle Green

A bachelor tycoon tries to shake up the Millionaire Mogul fundraiser, but ends up falling for the charity’s reserved PR director.

Most Eligible Bachelor by Empi Baryeh

A construction tycoon tries to convince a cynical magazine columnist that their one night stand could turn into something more.

When a London businessman buys a nude portrait of an American grad student abroad and part-time model, he resolves to bring her into his life and his bed as a submissive.

Naked in Death by J.D. Robb

This futuristic romance, written under a pen name for romance queen Nora Roberts, takes us to New York City in 2058. Detective Eve Dallas is investigating the murder of a senator’s daughter. But soon, she finds herself falling for her number one suspect, an influential billionaire named Roarke.

Not Quite Dating by Catherine Bybee

A single mother is determined to find a rich husband to give her son a better life. A hotel magnate, hiding his wealth behind a cowboy hat, offers to help the waitress find the husband of her dreams while trying to figure out his own feelings.

Marlo hates her job, hates the fiancé who just left her, and most of all hates Australia. She just wants to work until she can afford a ticket home to America. That’s why she accepts the offer of Australian billionaire Jack to work for him. It has nothing to do with his rugged good looks, kindness to horses, or incredibly kissable lips. Sure… 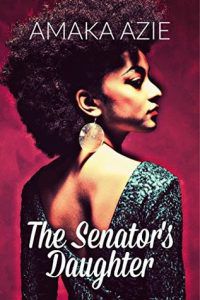 The Senator’s Daughter by Amaka Azie

This Nigerian romance features a billionaire’s daughter instead of a billionaire, and it is set in Nigeria. A former soldier decides to fight the corruption of a powerful senator by kidnapping his daughter. But he doesn’t expect to fall in love.

Stranded with a Billionaire by Jessica Clare

Billionaire Logan flees to his newly-purchased resort in the Bahamas to grieve the death of his father and a heartbreaking betrayal from his fiancée. But a surprise hurricane and a broken elevator brings him face to face with Bronte, a Midwestern waitress who doesn’t know who Logan is.

This Man by Jodi Ellen Malpas

Interior designer Ava is determined to protect her heart, despite her growing attraction to her playboy billionaire client. But Jessi’s determined to give in to their mutual desire. I’ll let you guess who gets their way!

A sexy tech billionaire agrees to switch lives with his poor college classmate struggling to support herself and her parents after he makes an insensitive comment in one of their classes.

The Tycoon’s Revenge by Melody Ann

Jasmine and Derek were each other’s first loves. She was the sheltered daughter of an unethical businessman. He was the boy “from the wrong side of the tracks.” But ten years later, after becoming a self-made billionaire, Derek seeks out Jasmine looking for revenge. Instead, he finds a ten-year-old son and a passion he thought died over a decade ago.

Unbuttoning the CEO by Mia Sosa

When Ethan Hill gets a speeding ticket for reckless driving, he thinks his status as a tech CEO will get him off the hook. Instead, he must complete 200 hours of community service under the supervision of the beautiful Graciela Ramirez.

In this romantic suspense novel, Annie, a whimsical antique store owner, asks Oliver, a corporate genius, to marry her in name only in order to hold on to her brother’s tech company after he disappears in a mysterious plane crash. What Annie doesn’t know is that Oliver’s feeling are anything but platonic.

What are your favorite billionaire romance books? Share ’em in the comments!