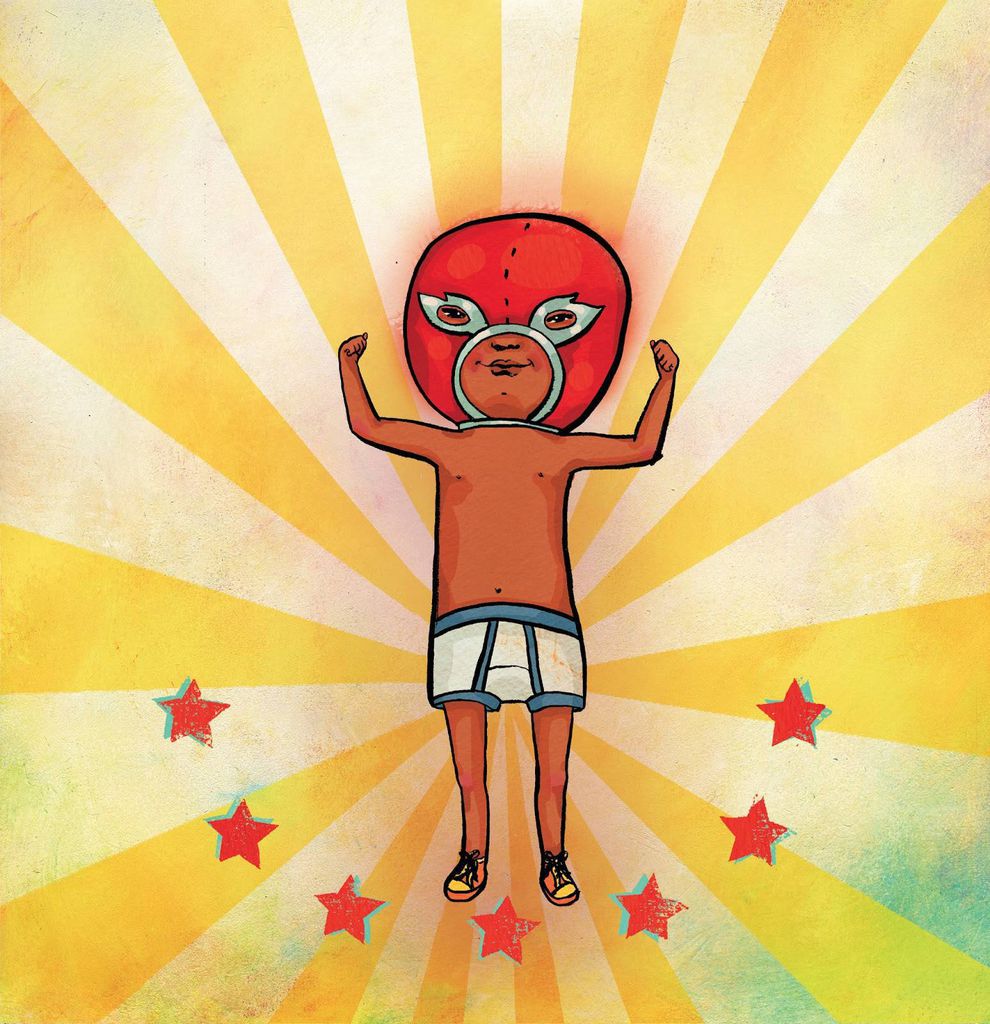 First of all, I want to make one thing clear: this is NOT a criticism of the Caldecott committee. Narrowing down the year’s picture books to determine “the artist of the most distinguished American picture book for children” is an absolutely Herculean task.  Their selection of Brian Floca’s Locomotive (announced on Monday) is a fantastic and worthy choice.

As for the Caldecott Honors, Aaron Becker’s Journey was my prediction for the top prize.  And while Molly Idle’s Flora and the Flamingo and David Wiesner’s Mr. Wuffles wouldn’t have been my personal picks, they were both very deserving.

However, while I don’t have any bones to pick with the Caldecott committee, no award season, be it the Oscars, the Grammys, or the NBA All-Star team would be complete without a quick look at some of the names that were left off.

So, without further ado, here are five of the books that could have taken home a highly coveted Caldecott… and perhaps more importantly, a magical sales-generating, sticker.

Mr. Tiger Goes Wild by Peter Brown: An honor winner last year for Creepy Carrots, a lot of people thought that Brown’s free spirited tiger would earn him this year’s top prize. Too bad, because Mr. Tiger already has the right wardrobe for the celebration (including the afterparty).

Knock Knock: My Dad’s Dream for Me by Daniel Beaty, illustrated by Bryan Collier: Thankfully, Collier (who already has a 2011 Caldecott honor to his name) did not go home empty handed, as his exquisite collages earned him his fifth Coretta Scott King Award. In addition to the book, you should definitely check out the powerful spoken word piece on which it is based.

If You Want to See a Whale by Julie Fogliano, illustrated by Erin Stead: 2011’s big winner, it seems like every one of Erin Stead’s books is worthy of a Caldecott… and maybe that’s the problem. When you’re this consistently great, it’s easy to be taken for granted, particularly when you’ve got such an peaceful and understated style.

Nelson Mandela by Kadir Nelson: Deserving, not just because his topic would have made this a timely choice, but because Kadir Nelson is one of the most talented names in the game. He already has a Caldecott honor under his belt, but he is destined for the gold. And while he didn’t get it this year, he did have the unique honor of illustrating the commemorative cover of the New Yorker following Mandela’s death.

Niño Wrestles the World by Yuyi Morales: Winner of the Pura Belpré Illustrator award for children’s books that “best portray, affirm and celebrate the Latino cultural experience,” Morales’ underwear-clad dynamo could have taken home the Caldecott since his infectious energy speaks to little children (and formerly little children) everywhere, regardless of race or ethnicity.

Of course, this list itself excludes plenty of other worthy names: Jon Klassen, Oliver Jeffers, Sophie Blackall, Matthew Myers, LeUyen Pham, Zachariah OHora… like I said, narrowing down the field is a Herculean task. In fact, if someone wants to make a Biggest Snubs from the Book Riot Caldecott Snub Post, I certainly won’t take offense.