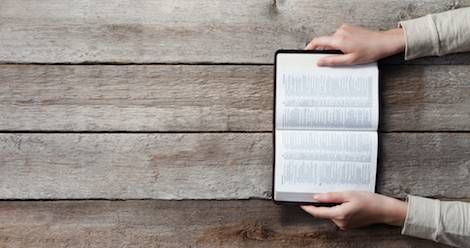 This essay is not an attack on faith. It’s goal is to persuade non-believers that The Bible is a worthy book for study. Among my skeptical friends, most shun any mention of The Bible or Christianity. I suppose they’re afraid of being converted. That’s a shame, because understanding The Bible can provide useful knowledge of history, anthropology, sociology, psychology, literature, philosophy, language, memory, writing, textual analysis, and information theory. Studying ancient texts takes us back to the border of history and prehistory, when writing first recorded oral tales that might have been around for hundreds or thousands of years.

Understanding The Bible explains many of the memes of Western civilization, and it provides symbolic keys for communicating with people of faith. As an atheist I find Bible study a good tool for developing empathy with my religious friends, and a way to understand biblical allusions in art and literature. Religious people study The Bible to interpret a metaphysical view of reality. Non-religious people study The Bible to understand the evolution of human thought.

Because the scope of Bible study is so vast, and I want to keep this first essay short, I’m only going to introduce one writer: Bart D. Erhman. Ehrman’s books on The New Testament are an excellent place to start because they cover a compelling range of scholarship topics and methods of analysis. His books are easy to read. More compelling than Dan Brown. Each book takes a different focus, and if you read all six, they provide a multiplex view of The New Testament. The content Ehrman covers is standard subject matter at many theological seminaries, however I don’t recommend them to the faithful. Although Ehrman started out as an Evangelical, his obsessive quest to understand The Bible led him dissect it like an anatomy professor. That can be disturbing for believers, but wonderful for people like me who love taking machines apart to see how they work.

The six books I’m going to cover are Misquoting Jesus (2005), Jesus, Interrupted (2009), Forged (2011), Did Jesus Exist? (2012), How Jesus Became God (2014), and Jesus Before the Gospels (2016). All these books were written for a popular audience.  They are about The New Testament, which is an easier place to start studying The Bible, than The Old Testament, which is harder to fathom and further distant in time. Characters in The New Testament are easier to relate to for modern people. The Old Testament needs a lot more scholarship to understand its complexity in context, but is endlessly fascinating for comprehending some of humanity’s oldest recorded thoughts, and early speculation about reality. 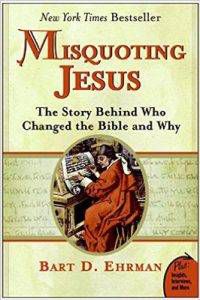 The value of Misquoting Jesus is showing how a work of antiquity gets into our modern hands. Remember, all the lessons Ehrman teaches us about Bible study can be applied to any ancient work. How were the books of The New Testament  written, who wrote them, in what language, and how did copies survive until modern times? Jesus lived over two thousand years ago. Are the quotes we read in red letters in The New Testament really his actual words? The gospels were written decades after Jesus died, by people writing in a different language than he spoke, to be read by us in a third language. For the first 1400 years, before the printing press, the gospels were copied by hand, endlessly recopied, passing from town to town. Misquoting Jesus explores the problems of accurately remembering speeches from two millenniums ago. 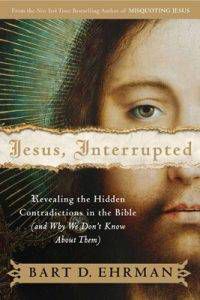 Jesus, Interrupted is about scholarship and trying to understand what the gospels say. How do we interpret the truth from four books that give different versions of the same story, sometimes contradicting each other. Are they historically accurate, or parables for interpretation? Do they use the same source material? Are they based on eye witness accounts, or second, third, or later retellings? Are the authors of the gospels the disciples they are named after? Is there any external evidence to corroborate these stories? Did each gospel writer have a reason to add content to the source material? This book is about textual analysis and those techniques could be used in studying any book. 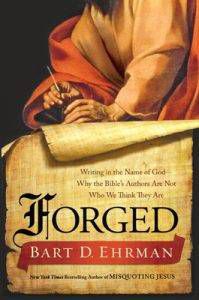 Forged is about why some of the books in The New Testament might be forgeries. Ehrman makes a case that 11 or more of the 27 books of The New Testament were written by people other than who we traditionally believe wrote them. Why, is rather complicated, and requires understanding the nature of authorship back then. Few people knew how to read back in those times, much less write. And there were people who could write but not read. Writers often wrote posing as another person for a reason. This book has many modern parallels to the internet and how information is spread. 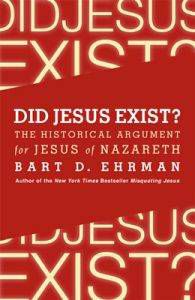 Did Jesus Exist? covers all the historical sources we have to document the life of Jesus. Outside of the gospels, there’s practically nothing. Ehrman makes a case that the gospels themselves are indeed historical sources. Ehrman chronicles the history of writers who have tried to prove Jesus never existed, and then provides his own analysis of why Jesus probably was a real, historical person. The lesson from this volume is we have very little concrete evidence for anyone existing in the distant past. It also shows all the recent “biographies” of Jesus are probably 100% speculation. The techniques Ehrman uses to document Jesus in history could be applied to Plato or Cleopatra, or any person we think we know from the past. 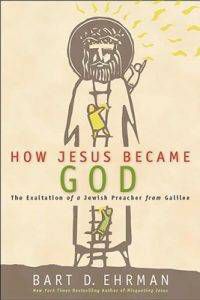 In How Jesus Became God, Ehrman tracks the transformation of an ordinary man into God. Did Jesus the individual believe himself to be God while he was alive? What proof do we have that any evidence for the historical Jesus is valid? How and why did his followers decide he wasn’t a man? Why did they make him into God? How did they do it? And who were these people who shaped this theology? Where did all the attributes we now give Jesus come from? Ehrman works like a detective to solve a mystery, studying the evidence, showing how each generation altered the description of Jesus. Just compare this to scholarship on Abraham Lincoln, a more recent figure with abundant evidence of his life. We can’t know the absolute truth – so how often do we invent it? 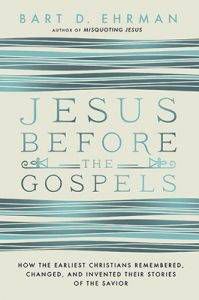 In his most recent book, Jesus Before the Gospels Ehrman reports on memory, and how poor our memory is for recording events. This is my favorite of the six, and a valuable book for anyone wanting to write biography, historical fiction or memoir. Ehrman cites many books on memory, summarizing many case studies, which proves his point that we constantly change what we remember, even our own personal memories. After I read this book I doubted my own history. Ehrman presents a case that who Jesus was as a historical person is different from how we now remember him. That at every step of the writing of the gospels, through the early development of church dogma in the first three centuries of Christianity, Jesus was remembered differently. Every new creed changed Christian history. This book is a fantastic study on memory. I highly recommend it to anyone, especially for people who are confident in their self-knowledge.

Even if you have no interest in Christianity, these books are worthy reads for learning how we study the past. Whether you read or write history, historical fiction, or memoir, these six books give a great deal to think about when telling a story that’s based on the past. Think of all the biopics and biographies we’ve seen on Steve Jobs in recent years – has any come close to being historically accurate? What we learn from Ehrman is how the truth is a glittery chimera we can never grasp, but we never stop trying.