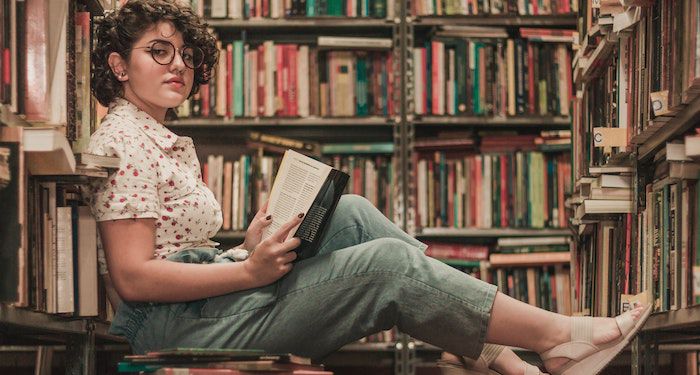 Note: This piece contains spoilers for The Prettiest Star by Carter Sickels and Cantoras by Carolina De Robertis.

“Queer suffering” is a broad, and, arguably, subjective term. It’s generally understood to mean any kind of suffering caused by homophobia, transphobia, heterosexism, etc. The term itself is troubling; “queer suffering” implies suffering due to queerness. But nobody suffers because they are queer. We suffer because we live in a world that villainizes queerness. The phrase is emblematic of heterosexism, which brings me to what I want to talk about: the straight gaze.

I’ve recently noticed that while I genuinely love some novels full of hardship due to queerphobia, others leave me feeling enraged. Even when I’m in the mood for a serious book, some still just aren’t for me. And it’s not because of “queer suffering” itself. It’s because of the straight gaze. To illustrate what I mean, I want to examine two experiences I had this year reading two books involving queer suffering, both written by queer authors. Cantoras is now one of my favorite novels of all time. The Prettiest Star made me so angry I had trouble writing a coherent review.

I am not here to police what queer authors choose to write about. I did not like The Prettiest Star, but that doesn’t make it a bad book. My opinions about it are actually somewhat irrelevant. What I’m interested in is why these two books landed so differently for me, because it illustrates how the straight gaze affects me, a queer reader, and also how it functions in literature.

The Prettiest Star is set in a small Ohio town in the 1980s. Brian, a young man with AIDS, returns home to die. He’s estranged from his homophobic family and hasn’t been home in years. But his boyfriend in New York has just died, and being in the city is full of painful memories. Seeking some kind of peace, he decides to revisit the family that rejected him.

The story is told in two alternating POVs: Sharon, Brian’s mother, and Jess, his 14-year-old sister. Interspersed with their perspectives are short sections in which Brian speaks directly to a video camera, recounting his experiences during what turns out to be the last summer of his life. Brian’s sections make up a small portion of the whole, which makes sense, because this isn’t really a book about Brian. It’s a book about Brian’s straight family members “coming to terms” with their gay son and brother.

Both Sharon and Jess are homophobic, though Jess’s homophobia is a little less obvious, stemming mostly from ignorance and a desire not to stand out. Thus, being in their POVs is often excruciating (at least it was for me). The plot basically goes like this: Brian comes home to a family that rejected him, they treat him badly, they don’t stand up for him when people in town get violent. Then Brian gets really sick, and Sharon, Jess, and Brian’s grandma take care of him as he’s dying. Sharon never apologizes to him. A straight woman and a straight teenager learn how to be better people, thanks to Brian’s death.

Sickels has written a remarkably honest and painful novel about homophobia and silence. He bears witness to the horrifying, heartbreaking, and all-too-common experiences that so many gay men had during the AIDS crisis. He does it by filtering the story through the straight gaze. The Prettiest Star isn’t a “problematic” book. It doesn’t have “bad representation.” It’s about homophobic people doing horrible things to those they claim to love. If, by subjecting his readers to the straight gaze, he aimed to illuminate how painful it is to live with it, he succeeded.

The thing is, I am over being subjected to the straight gaze in books. After I finished this novel, I was so angry I couldn’t even write a proper review. My anger was visceral and immediate. I actually got up and stomped around my house, yelling. Months later, I can see my reaction had nothing to do with the book or its quality. It was about me as a reader. I knew this book had queer suffering going into it, and I was prepared for it. I was not prepared for a book about straight people and their feelings. I was not prepared for the straight gaze.

Something entirely different, and equally illumining, happened to me while reading Cantoras by Carolina De Robertis. Cantoras is about five queer Uruguayan women who become one another’s family in the 1970s and ’80s while living under a repressive dictatorship. They rent a shack on the beach one summer, spend five blissful days being themselves, and, over the next 30 years, return there for refuge and companionship. The POV shifts beautifully among these five women. There is not one straight perspective in the book.

There is, however, queer suffering. Through the first 2/3 of the novel, there is one conspicuous voice absent from the chorus of POVs, that of Malena — quiet and steadfast, always there for her friends but often withholding of herself. Despite how much queer joy bursts from the pages of this book, there’s a palpable shadow of pain hanging over Malena. She finally recounts her story in the last section: how her parents forcibly hospitalized her, shipping her off to a facility for conversion therapy where she was tortured and raped. How she escaped, survived poverty and loneliness, and eventually found some temporary peace. At the end of this narrative of graphic horrors, Malena dies by suicide.

It is ghastly. It is a lot to handle. It is not easy reading. It is exactly the kind of queer suffering narrative that merits many trigger warnings — and rightly so. But, though my heart broke reading Malena’s story, though it left me despairing for the world we live in, it did not take away from my enjoyment of the book.

After Malena dies, the narrative shifts into the future, where the four remaining friends are celebrating a wedding and mourning Malena’s death. No straight people learn lessons. No straight people are even present. Malena tells her story, and her surviving queer family keeps it alive, her memory woven into the fabric of who they are. The straight gaze exists in the lives of Malena and her friends, but it does not exist in De Robertis’s telling of their story. This is precisely why I loved this book so much, why, despite the hard parts, it rocketed into my heart, where it will stay forever.

Cantoras and The Prettiest Star are both novels about the violence of homophobia and heterosexism. They are both about queer people who did not survive. This is the shattering truth of the world we live in: not all queer people survive. In different ways, Sickels and De Robertis honor those lives lost to homophobic violence. Sickels does so by using the straight gaze; De Robertis does so by rejecting it.

There is room for both of these narratives in queer lit. I’ve said it before and I’ll say it again: give me all the queer lit, every kind. I’m not the only one saying it, either. I want to read dark, upsetting, heartbreaking queer books. But I don’t want to read books that center the straight gaze. Writing this piece has actually given me a lot of respect for The Prettiest Star. But I still wasn’t the right reader for that book, and that’s why we need complicated and nuanced conversations about queer suffering.

In fact, I don’t want to talk about queer suffering anymore. The more I think about it, the angrier the term makes me. So let’s get rid of it, shall we? Let’s talk about the straight gaze instead. Let’s talk about stories that explore the harm caused by homophobia and transphobia, and let’s talk about how those stories are told, and who’s telling them. Let’s talk about how all these different kinds of books make us feel as queer readers. Let’s get curious about where those feelings come from.

I want to live in a world where we are all free from the straight gaze. (And the cis gaze, the male gaze, the white gaze…) But until that happens, I don’t want to pretend it doesn’t exist, or that it doesn’t show up in books. If we’re ever going to banish it, we need to acknowledge it first.