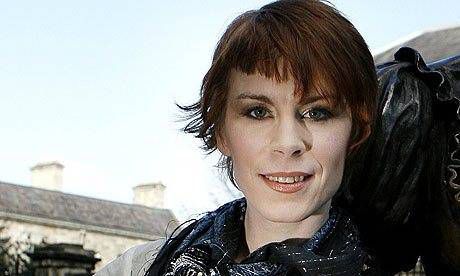 [SPOILERS: The following article contains all the spoilers for Tana French’s The Trespasser. Read at your own risk!]

The Trespasser begins with the discovery of Aislinn Murray’s body – beautiful, blonde, and dead. The Trespasser ends with the revelation Aislinn wielded her body – once beautiful, blonde, and still alive – as a precision weapon in a bid to destroy a man’s life and seize control of her own. In the wrong hands, Aislinn story could have ended up as any number of these stories do: a voyeur’s breathless, seamy glance at a pretty blonde victim, the latest in a long line of beautiful, blonde victims who were too slick for their own good and ended upon in over their head.

But in Tana French’s hands, Aislinn isn’t just a villain, vixen, or victim. Through the observations of the woman assigned to investigate Aislinn’s murder and the words of the woman who loved her most in the world, French subverts cliches of the femme fatale and provides a scathing critique of punishing patriarchal norms and violence.

When Murderer Detective Antoinette Conway arrives at Aislinn Murray’s apartment to investigate her death, she immediately notes the bland, cookie-cutter girliness of Aislinn’s body and home. Conway exhibits the casual disdain women not interested in the outward trappings of conventional femininity sometimes have for women that are. She thinks of Aislinn’s flat as “Working Girl Barbie Playhouse” and Aislin herself as the “Dead Girl Barbie” with a “truckload of makeup.” Conway does not imagine Aislinn’s aesthetics to be the result of a thoughtful choice, but simply a default: the lack of any better idea as to who she should be. “The woman hadn’t a clue; she was putting together who she was meant to be out of magazines,” Conway dismissively thinks to herself.

Unbeknownst to her, Conway is being taken in by the image Aislinn actually took a tremendous amount of care to cultivate: nonthreatening, normative femininity. Eventually both Conway and the reader learn that Aislinn looked and acted the way she did not because she was some magazine ad team’s patsy, but because someone else was hers.

As Conway is closing in on Aislinn’s killer, her best friend Lucy throws a wrench in Conway’s conception of Aislinn. As Lucy tells it, Aislinn grew up haunted by her father’s abrupt disappearance when she was a child. His missing person’s case was officially unsolved, but Aislinn always suspected that one of the detectives, McCann, knew more than he was letting on. Aislinn also suspected that McCann was attracted to her mother and was the kind of man “who did stupid stuff for pretty women.” Aislinn decided the only way to move on from her childhood was to get answers about her father’s disappearance once and for all. When her formal requests for more information didn’t pan out, Aislinn set out to find McCann (now a murder detective), lure him into an affair, and, without revealing who she really was, uncover the truth about her father.

Eventually, Aislinn uncovered the truth: shortly after he left Aislinn and her mother, McCann found him living with another woman. He asked McCann to tell his wife and daughter that he was alright and that he would be in touch with them soon. McCann — because he decided it was in their best interest not to know and perhaps because he decided it was in his best interest not to have an awkward and painful conversation with Aislinn’s beautiful mother — said nothing at all. After this discovery Aislinn’s plan changed: she wanted to lure McCann into confessing their affair and leaving his wife; then, only then, would Aislinn reveal that she had been fooling him all along. At this point, Aislinn was no longer satisfied with simple knowledge: she wanted revenge. She wanted to destroy McCann’s life as completely as he destroyed hers.

But before she any of this, Aislinn first had to make herself into the woman McCann wanted.

That Aislinn had no idea what kind of woman (the very much married and previously faithful) McCann wanted was immaterial. As Lucy notes, Aislinn never had much of a life of her own so she became very good at understanding other people. When it came time to seducing McCann, Aislinn had a clear plan: “ ‘I don’t know what type he goes for … so I have to look generic. I have to be someone who any guy in the world would think was pretty, so even if he’s not actually attracted to me, being with me would be too much of an ego-boost to resist.’” It’s worth noting that Lucy directly quotes Aislinn here. Most of what Lucy reveals to Conway about Aislinn’s plan is reported speech, Lucy’s synthesis or summary of what Aislinn said and did. This, however, Lucy remembers verbatim. This, it is implied, is important.

To become the woman any guy would want, Aislinn diets, tans, dyes and makes over her body, shaping it to become generically irresistible (or is it irresistibly generic?). She also hollows away her personality: Lucy notes that what McCann praised as Aislinn’s “intelligence” was her willingness to act “like everything that came out of his mouth was pure gold” and that “he had her wrapped around his finger.” When it came to getting McCann to actually cheat on his wife, Aislinn told Lucy it was simple: she just made him think the sex was his idea and that she was the one who needed convincing. She allowed him to completely dictate the terms of their sexual encounters, dropping all over plans at a moment’s notice.

Aislinn’s transformation subverts every “makeover” pop culture cliche. Typically in narratives where plain women are “made over,” it is at another person’s hands or insistence but the end result is an unqualified good. The makeover is a clearing away of the detritus that obscures a woman’s real beauty (and, it is heavily implied, her real self). It is a blooming, a becoming of who a woman was meant to be. In The Trespasser Aislinn’s transformation is presented as the opposite: it is done under her own steam but results the stripping away of all that is ‘Aislinn’ to leave only a simulacrum of womanhood.

Through Conway’s eyes, French initially invites the reader to judge Aislinn, just a little, for her bland exterior and lack of personality, but what she reveals by the novel’s end is that Aislinn’s seeming vapidity is a scathing critique, not of her, but the dehumanizing demands of womanhood under patriarchy. The woman Aislinn makes herself, the woman she (correctly) thinks no man could resist is a woman without individualized tastes; a woman whose intellect is defined by her willingness to praise a man and be manipulated by him; a woman who needs to be cajoled into bed; and a woman with no commitments outside of or superseding her relationship with a man. What “any guy” wants from women, French tells us, the ultimate ego boost, the thing he cannot resist, is subjugation in a flawless package.

French not only critiques patriarchal beauty and behavioural standards, she also gives voice to the rage that seethes beneath the surface of those who adhere to them. By the end of the novel, Aislinn has all the hallmarks of the femme fatale: a pretty face hiding a calculating, ruthless nature; a scheming beauty whose body is used to bring a man to ruin. But again French defies cliché. She peels back the curtain of Aislinn’s beauty and girlish innocence to reveal not only ulterior motives but motivations: a woman suddenly rebelling against a life that has been unthinkingly shaped by the whims of older, more powerful men.

And there is something undeniably righteous about Aislinn’s anger as French presents it. Aislinn’s response is extreme, but it’s hard not to sympathize with the fury she feels at the revelation that McCann, with casual entitlement, re-shaped the course of her life and didn’t even realizing he was doing it. It’s hard not to perversely admire the lengths this previously mild-mannered woman was willing to go to enact her revenge. Even Conway is impressed, admitting to herself that “for a civilian, Aislinn was hardcore.”

Mysteries typically expend a great deal of hypothesizing and grand revelations on the murderer: his (and typically it is his) motives, his upbringing, his worldview. The final dramatic reveal of a good thriller is not just whodunnit but why. In The Trespasser that narrative pride of place is saved for Aislinn — her journey, her motivations, her plan, her pain. French re-centers the victim’s story. The revelation that McCann is the killer may be surprising, but the why is exactly as simple as Conway assumed when she discovered Aislinn’s body: the dumb, violent brutality of a controlling man.

Control is at the heart of Aislinn’s story, manifested first in a desire for knowledge and ultimately, for revenge. And the thirst for control — McCann’s, not hers — is what ends up killing her. McCann, Conway reflects, is a man used to writing his own script. When he finds Aislinn having a romantic dinner with another man he is faced, for a single moment, with losing control of that script. He barely thinks twice before retaking control in the most violent way possible, slamming Aislinn against a fireplace and killing her. It’s a tragic irony and strongest critique The Trespasser makes that even Aislinn, with her own vengeful anger and her clear-eyed understanding of what men want and how they will react, isn’t cynical enough to predict that McCann might go that far.

By the end of The Trespasser Aislinn is revealed as something more complicated than either a femme fatale or generic, pretty blonde victim. She is an angry, vengeful woman; a woman who exercises agency but who (understandably) believes she has been denied control of her life. She is an sharp, observant woman who attempts to turn the nigh-impossible standards to which women are held under patriarchy into a weapon against it, all for her own ends. She is also the victim first of a man’s entitlement and eventually, terrible violence. In place of cliche,  French offers a vision of someone at once twisted and righteous, fierce and tragic and unyielding and utterly sympathetic.