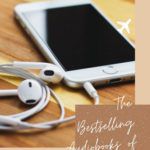 Audiobooks have been on the upswing for years, and you may be wondering: What are the bestselling audiobooks of all time? The answer is a bit tricky to pin down. There aren’t official lists with all-time data, like we have for the usual weekly print lists. For audiobooks, our sources are limited: we have retailer lists that can be controlled by advertising, we have the monthly New York Times lists, and we have user-generated lists.

The interesting thing about bestseller lists is that it depends on the source. Libraries (like Overdrive and Hoopla) and community lists (like any of these on Goodreads) cover every book that’s ever been published. But retailers focus on newer releases: Audible’s bestseller list has new Audible exclusives at the top of their list, Libro.FM’s bestseller list is all recent releases, and Scribd’s list sprinkles in old titles among newer ones. Google Play, Kobo, and Nook also have their own bestseller lists for audiobooks. It’s a bit overwhelming.

The New York Times has two monthly audiobook bestseller lists: Fiction and Nonfiction. But let’s not forget how this list—while it is the list—is manipulatable. In November, Donald Trump Jr.’s book made it on the nonfiction list after a series of bulk purchases by Trump and those in his circles.

All of these lists pretty much look the same. And they all mostly coincide with the print bestsellers lists: there are the heavy hitters that remain on the lists for hundreds of weeks alongside the big, buzzy new releases that will trickle out as time goes on.

Let’s take a look at some of the usual contenders on these audiobook bestseller lists.

The Bestselling Audiobooks of All Time

In 2017, Audible celebrated 20 years of audiobook joy by sharing their most popular audiobooks. The list highlights things like most wish-listed (The Girl on the Train by Paula Hawkins), most bookmarked (The Subtle Art of Not Giving a F*ck by Mark Manson), and most searched-for author (It by  Stephen King). This is the only sort of comprehensive, all-time bestseller list we have for audiobooks, but it’s not even strictly bestsellers.

In general, the consensus of backlist audiobooks are about what you’d expect. They’re all the major print bestsellers that have been around for at least a few years. There’s Harry Potter and the Sorcerer’s Stone by J.K. Rowling, Ready Player One by Ernest Cline, Fifty Shades of Grey by E.L. James, The Help by Kathryn Stockett, The Fellowship of the Ring by J.R.R. Tolkien, and The Martian by Andy Weir.

Often, celebrity memoirs—narrated by the author—sit on audiobook bestseller lists for a long time. Audiobooks like Becoming by Michelle Obama, Bossypants by Tina Fey, and Born a Crime by Trevor Noah are not likely to be leaving these lists anytime soon.

With no official all-time data, we can make up our own lists by compiling all the official lists into one. I present to you these unofficial lists of some of the bestselling audiobooks of all time, separated into fiction and nonfiction. 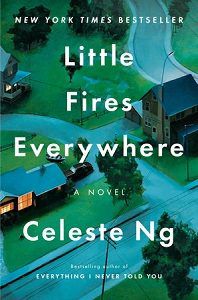 The Alchemist by Paulo Coelho, read by Jeremy Irons

Beloved by Toni Morrison, read by the author

Where the Crawdads Sing by Delia Owens, read by Cassandra Campbell

Such a Fun Age by Kiley Reid, read by Nicole Lewis

A Gentleman in Moscow by Amor Towles, read by Nicholas Guy Smith

Children of Blood and Bone by Tomi Adeyemi, read by Bahni Turpin

The Night Circus by Erin Morgenstern, read by Jim Dale 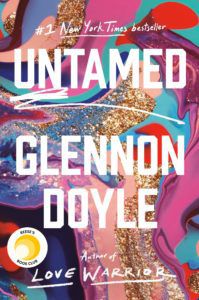 Untamed by Glennon Doyle, read by the author

Just Mercy by Bryan Stevenson, read by the author

Being Mortal by Atul Gawande, read by Robert Petkoff

Born a Crime by Trevor Noah, read by the author

Trick Mirror by Jia Tolentino, read by the author

The Subtle Art of Not Giving a F*ck by Mark Manson, read by Roger Wayne

See, the glory of a bestseller list is that it’s always evolving. These lists I’ve compiled are solid only for a moment. Titles will shift spots and drop off and pop up as more audiobooks are released and the landscape of the world changes. Old titles will surge forward seemingly out of nowhere. And so it goes.

If you need a primer on audiobook apps, we got you. If you’re looking for where to find audiobook reviews, we have a list for you. And please, do yourself a favor and read this piece by Rioter Kendra about how audiobooks make reading accessible.