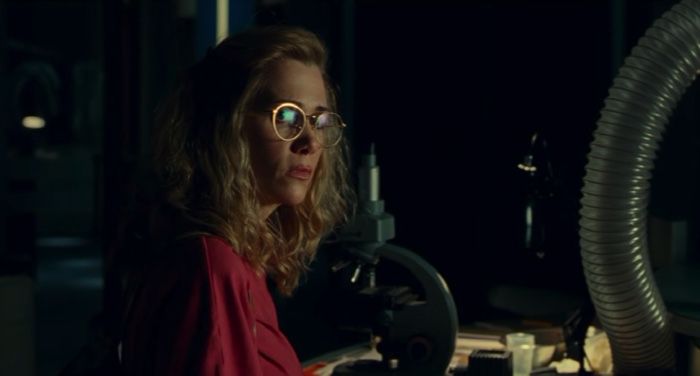 When it came out in June 2017, it only took a few months for Wonder Woman to become the highest-grossing superhero origin film of all time.

But perhaps most notably, it was also the first post-Nolan DC film to not suck.

This summer, fans of the Amazon warrior from Themyscira are in for a treat. On June 5, Wonder Woman 1984 hits theaters. From the looks of the trailer, Diana Prince (Gal Gadot) will have her hands full. In addition to contending with big hair, spandex, and leg warmers, Wonder Woman will deal with the mysterious return of Steve Trevor (Chris Pine) as well as the rise of two of the most iconic Wonder Woman villains, including Kristen Wiig (!!) as Cheetah.

A superhero is only as good as her villains, so since the sequel is still four long months away, let’s take a look at the villains Diana Prince has squared off against in her nearly 80-year history. 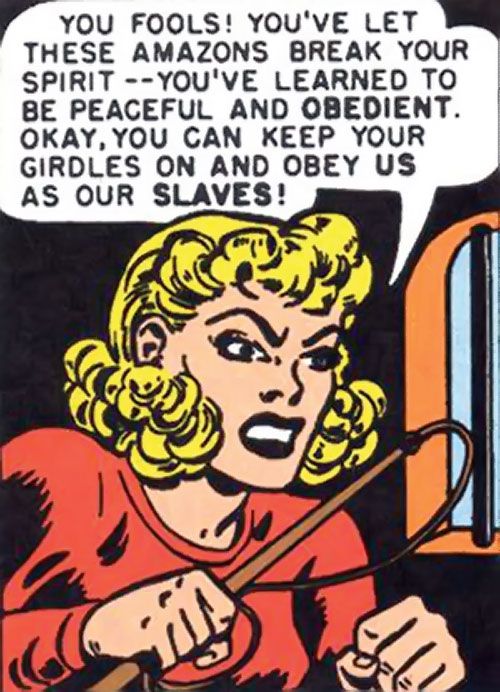 Eviless is one of the few pre-Crisis baddies on this list, and deserves her spot solely because of her name. I mean, what more can you expect from a character named Eviless? Enough said, in my opinion. This Golden Age character (she debuted in 1944) was one of Wonder Woman’s most formidable foes. A slave driver from Saturn, Eviless used her incredibly creative naming powers to found Villainy Incorporated, which at one time or another, nearly all of Wonder Woman’s nemeses have been a part of.

The good (er, evil) doctor has survived throughout most of Wonder Woman’s long history, featuring prominently in the Golden, Silver, Bronze, and Modern ages. Pre-Crisis, Doctor Psycho was an occultist, but in his most recent re-imaginings, he is a powerful telekinetic and an even stronger misogynist, which explains why Diana is the perfect hero to teach him a thing or two about powerful women.

We got a small glimpse of Doctor Poison in the first Wonder Woman film, played by Elena Anaya. In the film, Doctor Poison was recruited by the German army to experiment with chemical weapons. In the most recent continuity of the comics, however, she is Colonel Marina Maru, a Japanese soldier who works for the organization Poison and created the Maru Virus, which drives sufferers into murderous rages. Fortunately, Diana’s Lasso of Truth can negate the toxin’s effects.

What’s more powerful than an Amazon warrior? A god of war, I guess. Ares is a longstanding villain in the Wonder Woman universe, even though the movie made him kind of a chump. Also he looked too much like Sauron. Still, Ares has been there since the beginning, appearing in Wonder Woman #1, volume 1, and has gone through several iterations over the years. In the New 52 reboot of the DC comics universe, Ares (now known simply as “War”) is actually a friend to Wonder Woman. Go figure – I guess gods really can change.

Lord is the second major Wonder Woman villain we’ll see in the upcoming movie sequel, played by Mr. Mandalorian himself, Pedro Pascal. The character originally debuted in Justice League #1 in 1987. Sort of like a Lex Luthor with subtle superpowers, Lord has the power of “psychic persuasion,” which basically means that while he can’t outright control other people’s actions, he can strongly suggest they do something. Very scary! Especially in the hands of amoral businessmen, which Lord most definitely is.

From ugly duckling to sound manipulator to murderous cyborg, Silver Swan might just have the most versatile resume of all of Wonder Woman’s rogue’s gallery. Originally an ugly ballerina who prayed to Ares (see above) for beauty and power in exchange for killing Wonder Woman, the most recent Swan was actually a friend of Diana who was kidnapped by another of Wonder Woman’s foes, Circe (see below), turned into a cyborg, and unleashed against her former friend and idol. Maintaining quality friendships is apparently a hazard of the job.

Cale is to Wonder Woman what Lex Luthor is to Superman. A scientific genius and uber-rich (as the half-owner of Cale-Anderson pharmaceuticals), Cale hates Wonder Woman for the simple reason that she can never be her. Thus, she’s devoted her life to destroying Wonder Woman. Makes total sense.

The Baronness earns a place on this list as Wonder Woman’s first recurring nemesis. Created in 1942, she was a Nazi spymaster and at one time was the leader of all Gestapo operations in America. She was so evil that once she even  bought up all of America’s milk and poured it down the drain, raising prices to astronomical heights (hey, it was the 40’s)! Following the later events of Crisis, Gunther became a human host for Dark Angel, an evil spirit. Some people truly have all the bad luck.

Based on the sorceress of Greek mythology who imprisoned Odysseus, the Circe of the comics contains much of her mythological traits, including turning human beings into animals and a particular delight in causing humiliation (but hey who doesn’t, really?) Especially in the post-Crsis continuity, Circe became one of the most powerful villains in Wonder Woman’s universe, stemming from some confusion over a prophesy regarding who will get to possess the soul of the goddess Hecate.

Cheetah is arguably the most recognizable of Wonder Woman villains, perhaps even winning the title of “archvillain” to the iconic hero. Several different women have carried the name Cheetah over the years – most notably Priscilla Rich, Debbie Domaine, and Barbara Ann Minerva. It’s the latter that Wiig portrays in WW84, an archaeologist who blended her soul with the ancient plant god Urzkartaga. Her feline powers include heightened sense of smell, agility, strength, night vision, and, presumably, finding the best patch of sun to lie in for hours at a time. We have yet to see any official footage of Wiig in her full Cheetah getup, but I know I’m not alone in my excitement for this particular casting choice.

So there you have it – some of the best Wonder Woman villains, some of which we’ll hopefully see in future film adaptations. These foes seem pretty intense, but let’s be honest – it’s nothing this woman can’t handle.