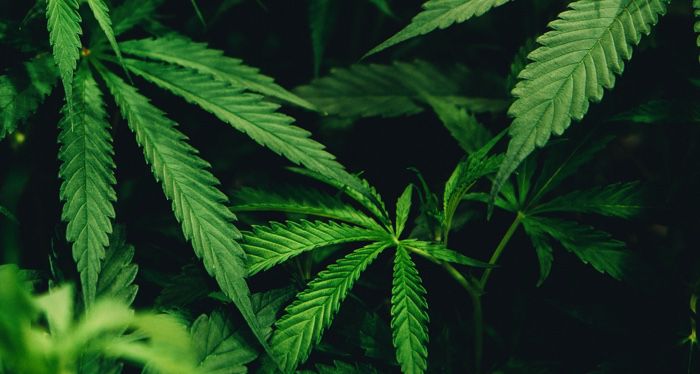 Marijuana legalization continues to sweep across the United States. The 2020 election saw voters in Arizona, Montana, New Jersey, and South Dakota approving recreational marijuana use. With only 15 states still outlawing all forms of marijuana use, the public perceptions of weed use in America seems to be reaching a tipping point toward favorability. With the coronavirus pandemic and the associated isolation and social distance requirements, there has been an increased demand for marijuana worldwide in 2020. As acceptance and curiosity surrounding marijuana continues to increase, it becomes more important to learn as much as possible about the wacky tobacky, because weed is on course to becoming a household staple. To help our fellow book nerds prepare for that inevitable future, we have a list of must-read weed books that will delight cannabis connoisseurs while quickly turning outsiders into ganja groupies. Special thanks to fellow Rioter Sophia LeFevre, who was instrumental in helping me curate this blazin’ list.

These nonfiction weed books provide a historical perspective of cannabis culture in America. 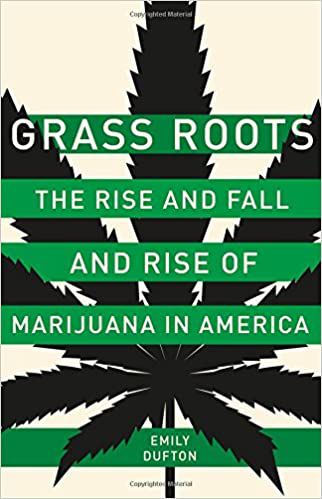 Grass Roots: The Rise and Fall and Rise of Marijuana in America by Emily Dufton

As more states decriminalize and legalize recreational marijuana use, continued progress toward federal laws changing seems inevitable. However, marijuana was on a similar trajectory toward mainstream acceptance decades ago, only to face swift backlash.

During the 1970s, pro-pot campaigners successfully secured marijuana decriminalization in several states. However, concerned parents quickly mobilized. With the aid of Nancy Reagan, they turned the tables on the nation’s perception of marijuana and paved the way for an aggressive war on drugs. In response, advocates retooled their message with a focus on the drug’s medical benefits as well as the need for legalization as a form of reformative racial justice. For the time being, the advocates are winning the fight, but the war still rages on.

The New Chardonnay: The Unlikely Story of How Marijuana Went Mainstream by Heather Cabot

In The New Chardonnay, journalist Heather Cabot explores how marijuana went from the “devil’s lettuce” of her youth to the multi-billion dollar industry it is today. She reports the journey of cannabis going from being associated with deadbeat hippies and stoners to it going mainstream, showing up in beauty products and inspiring culinary trends—all while remaining federally illegal in the United States.

Relying on her journalism background, Cabot paints a picture of how economic, political, and social forces collided to bring marijuana out from the shadows and into the forefront of American culture. Along the way, readers hang out with Snoop Dogg and his business partner as they roll out their own brand of weed, learn about the chefs creating cannabis-infused cuisine, follow marijuana mogul Beth Stavola, meet the Willy Wonka of Weed, and visit the Marijuana Business Convention. 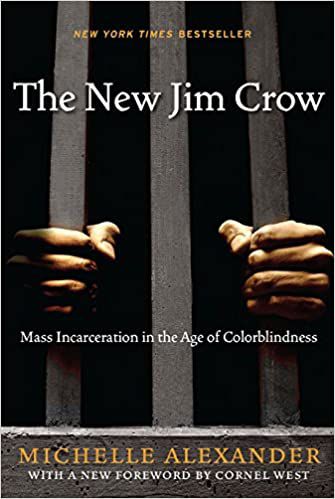 One cannot learn the history of weed in America without exploring how the war on marijuana (and drugs in general) disproportionately affects Black (and Brown) Americans. Although white and Black Americans use and sell drugs at a similar rate, Black people are almost three times more likely to be arrested for a drug-related crime. In The New Jim Crow, Alexander uses statistics and reasoned arguments to explain why a disproportionate percentage of the United States prison population consists of African American men and how America’s prison system condemns Black prisoners to second-class status.

Weed the People: The Future of Legal Marijuana in America by Bruce Barcott

As America’s attitude toward marijuana changes, Weed the People attempts to bring readers a closer step into the future by addressing the potential issues and questions that may arise as marijuana legalization spans the country. Is it okay to bring weed to a party or to offer guests a toke along with a glass of wine or beer? Would neighborhoods permit a weed shop near their grocery stores? How do parents have these conversations with their children? These questions and more are sought and answered as the era of Richard Nixon’s War on Drugs winds down.

Learn all the ins and outs of marijuana with these weed books that will show you the way. 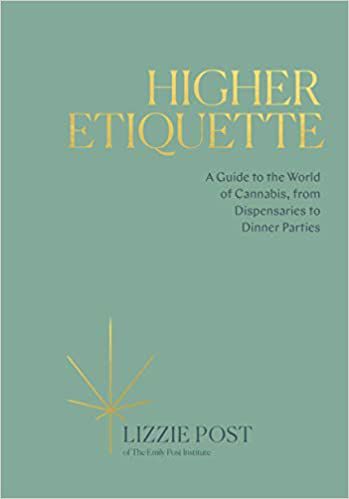 Higher Etiquette: A Guide to the World of Cannabis, from Dispensaries to Dinner Parties  by Lizzie Post

Looking for Emily Post’s Etiquette…but for weed? Well, Higher Etiquette is just that. As the stigma around marijuana use continues to fade, it will become more essential to know how to be a respectful, thoughtful, and responsible cannabis consumer. In Higher Etiquette, Lizzie Post, the great-great-granddaughter of Emily Post, takes  the good herb high brow by combining the long-standing norms of marijuana culture with the tried-and-true principles of the Emily Post Institute.

How to Smoke Pot (Properly): A High Brow Guide to Getting High by David Bienenstock

Once demonized as “The Devil’s Lettuce” that would lead one into reefer madness, marijuana is now experiencing a Renaissance. Now that polite society is ready to embrace pot, how can the original members of the ganja society emerge from the underground scene without forgetting their roots or losing their cool factor? VICE weed columnist and former High Times editor David Bienenstock provides a humorous and informative trip full of pro tips from friends in high places. Readers will learn blazing basics along with the benefits of Mary Jane in all aspects of life. There are also plenty of answers to all of your burning questions, like “Should I eat a weed cookie before boarding a plane?” 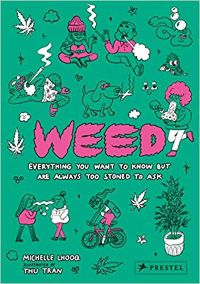 Weed: Everything You Want To Know But Are Always Too Stoned To Ask by Michelle Lhooq (Author) and Thu Tran (Illustrator)

Michelle Lhooq’s debut nonfiction book looks super cute thanks to the hand-drawn doodles of illustrator Thu Tran, but there is some serious substance behind that adorable cover. Working as the party journalist in Los Angeles who hosted the city’s first weed rave, Lhooq is at the forefront of the current marijuana revolution. She brings her expertise into this witty and insightful guide that is perfect for someone just entering the weed scene who wants all the dirty details of modern marijuana culture without being bogged down with the geopolitics of ganja.

A Woman’s Guide to Cannabis: Using Marijuana to Feel Better, Look Better, Sleep Better—and Get High Like a Lady by Nikki Furrer

Most of the cannabis industry is geared toward men, and the internet is an intimidating place for a doobie newbie to find the right information. Those who seek but cannot find are in luck, because A Woman’s Guide to Cannabis is the perfect guide for any rookie (regardless of gender) navigating the world of weed. This guide seeks to empower women to enjoy cannabis and destigmatize preconceived notions about people who consume marijuana. There is even advice on how not to get high while still reaping the medicinal benefits of marijuana, along with plenty of recipes that let you enjoy cannabis as a tasty edible or as a glowy serum.

From our list of cannabis cookbooks comes plenty of kitchen inspiration. 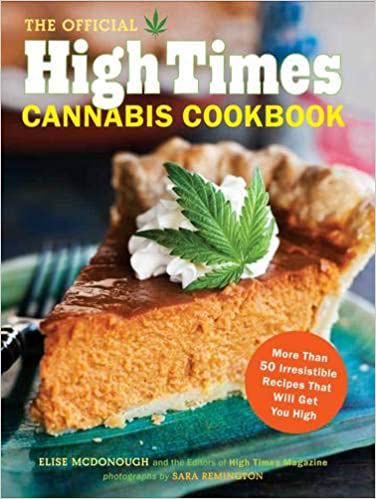 The Official High Times Cannabis Cookbook: More Than 50 Irresistible Recipes That Will Get You High by Elise McDonough and the Editors of High Times

From a 10-year veteran of High Times magazine, the world’s most trusted name on all things marijuana, comes the definitive guide to delicious cannabis-infused cuisine. While most people typically think of pot brownies as the best method to make marijuana edible, there is an entire culinary world full of delectable delights waiting to be created, like Ganja Granny Smoked Mac ‘N’ Cheese, Sativa Shrimp Spring Rolls, and Rasta Pasta. Whether you are looking for stoner sweets, cannabis cocktails, or high holiday feasts, then look no further than this cookbook full of easy and accessible recipes that will have you cooking with grass in no time.

Although Snoop enjoys blazing both in and out of the kitchen, this is actually a cannabis-free cookbook. That’s right, none of these recipes contain marijuana, but they will absolutely satisfy any case of the munchies. From Crook to Cook is your next favorite celebrity cookbook and delivers 50 of Snoop Dogg’s favorite recipes. There are soul food classics like Baked Mac & Cheese along with Snoop’s take on contemporary culinary faves like Soft Flour Tacos, Easy Orange Chicken, and his “greatest recipe,” Bow Wow Brownies and Ice Cream. 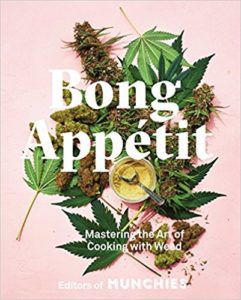 Bong Appétit: Mastering the Art of Cooking with Weed by Editors of Munchies Magazine

Based on the popular TV series Bong Appétit, the cookbook of the same name brings the Joy of Cooking to a new generation of foodies who want to make serious, sophisticated food using weed. Readers will learn the science of infusing foods like butters, milks, and alcohol with marijuana and using those ingredients to make everything from chimichurri to brownie sundaes. Along the way, the book talks marijuana politics, strain and flavor pairings, and dosages along with helpful tips from pot professionals.

From the founder and chief confectioner of the edibles line Mellows and the cofounder and executive chef of Cannaisseur Series comes the perfect cookbook for creating unique bite-sized sweet (and savory) edibles from roasted beet hummus to artisanal marshmallows, no matter your level of baking skills.

Blaze up the good stuff and let your creative juices flow with these weed coloring books. 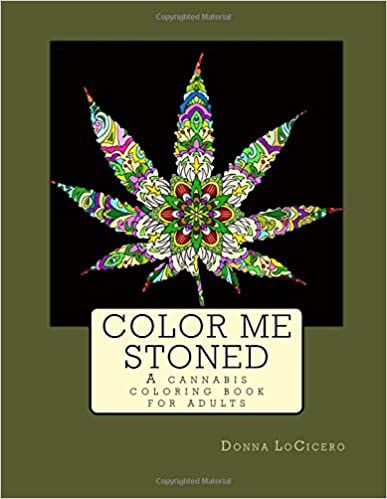 Color Me Stoned: A Cannabis Coloring Book for Adults by Donna LoCiCero

Whether you are a cannabis connoisseur or a budding beginner, enjoy coloring these stoner-inspired hand-drawn illustrations. Not only is this adult coloring book fun, it is also informative, with an A to Z of the various strains of weed from Acapulco Gold to Zombie OG.

This adult color book is the perfect way to chillax with a little cannabis and coloring. Featuring 25 hand-drawn designs on both black and white pages, Stoner Coloring Book is a psychedelic dream offering cute, stoned creatures with big glassy eyes.

Green frontier entrepreneur Wiz Khalifa has created his first ever coloring book, and he needs you to add some color to his worldwide weed empire. Blaze, color, and create some ace art of iconic locations like Los Angeles and Amsterdam, bring Wiz’s favorite strain Khalifa Kush to life, or celebrate special events like Halloweed, Danksgiving, and of course Wiz’s birthday.