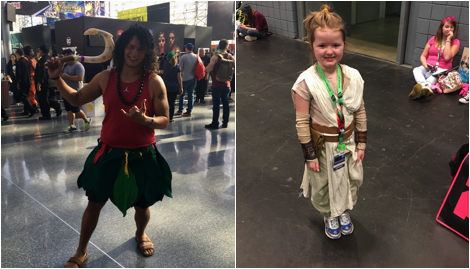 My New York Comic Con has always been about work rather than play. When I first started going, it was as a bookseller working a publisher’s booth. These days, I have meetings with publishers about Book Riot partnerships. But in between all the business, I get a little bit of time to roam (when I’m not standing in 40-minute coffee lines, that is). Here are my five favorite things I saw at NYCC 2017, in the order I saw them. 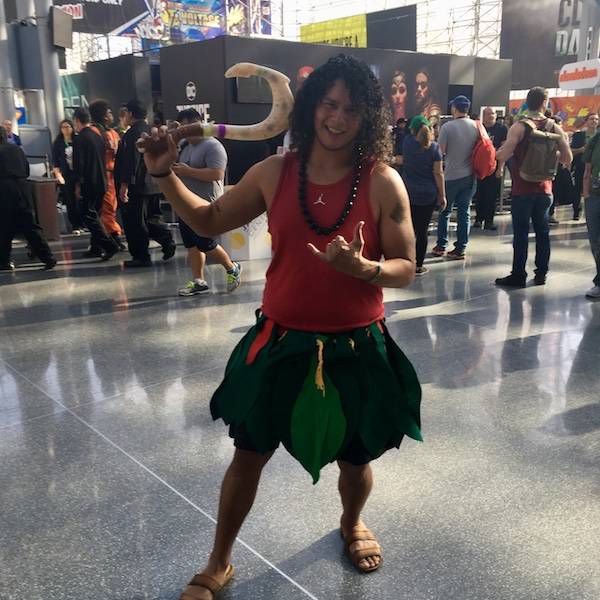 I won’t lie to you—I have rewatched Moana several times, I have Alessia Cara’s “How Far I’ll Go” on a playlist, and I frequently find myself humming “Shiny” for no good reason. So when one of the very first cosplayers I spotted on Thursday after entering the Javits was Maui, I was VERY EXCITED. 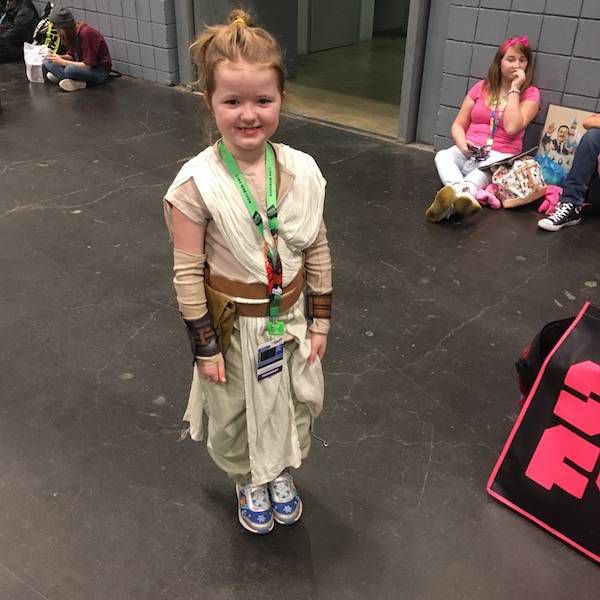 Cosplay is always the best part of NYCC for me—I love seeing how creative people get—and tiny cosplay is the most heart-melting. (Also, I own Star Wars: The Force Awakens.) This Rey kindly put down her lunch to pose for me; the Force was very much with her. 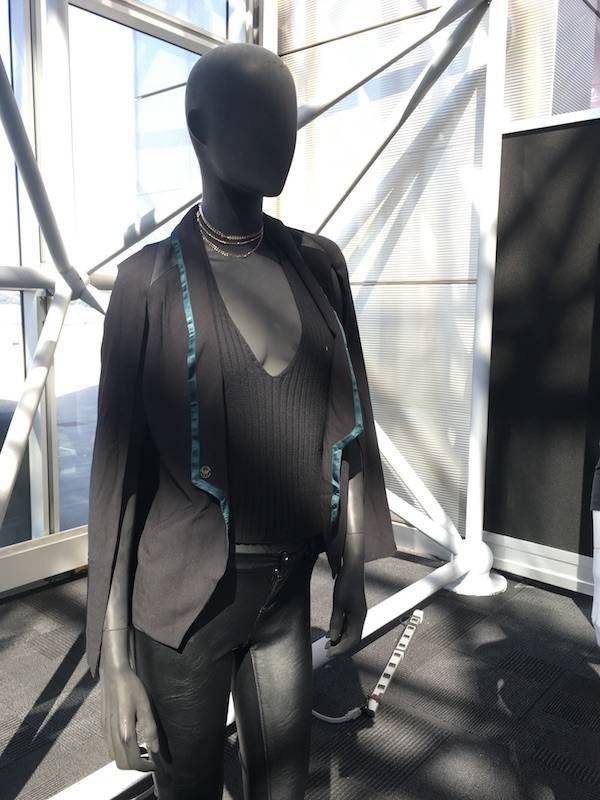 One of the delights of having a press badge this year was getting to see Hot Topic’s fall preview. I got to see several Loki- and Sailor Moon-inspired items, but the one that really takes the cake is this cape blazer. One, because I didn’t know cape blazers were a thing and now I am VERY EXCITED. Two, because now I’m having visions of screaming “Say my name!” in the middle of a PowerPoint presentation. 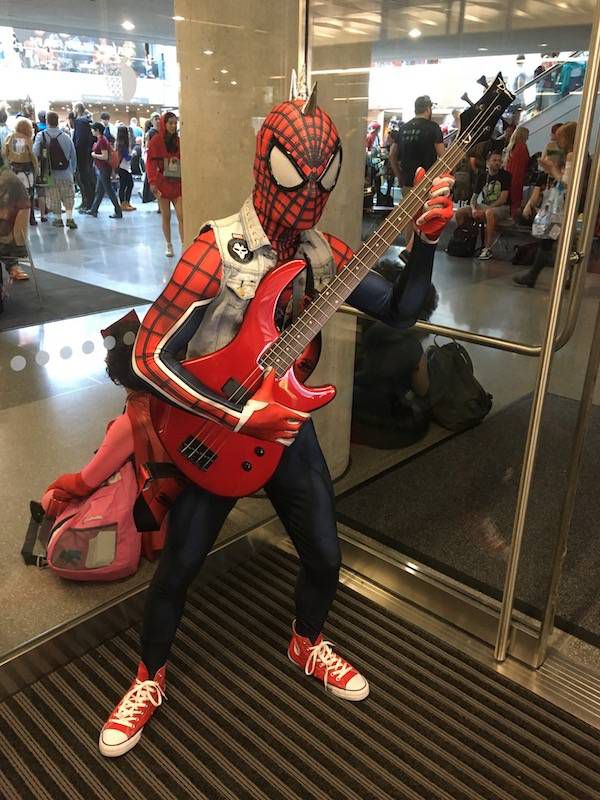 Really, the photo speaks for itself.