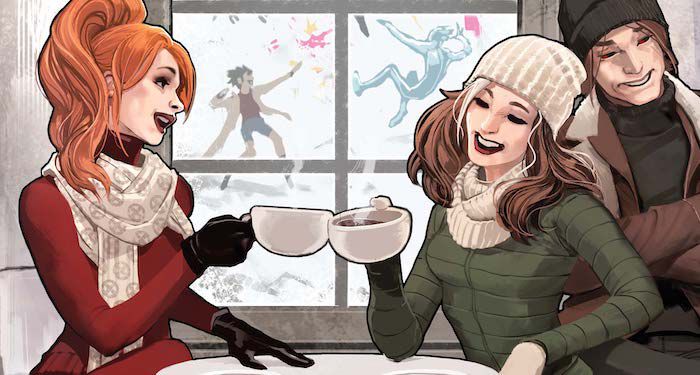 Growing up, there was nothing quite like a holiday special. Watching Saturday morning cartoons over break and seeing your favorites get up to wild antics, or even meeting Santa Claus. And, instead of the same dreary repeating background during a chase scene, there was snow! It always felt a little transportive to see your season on TV. Honestly, I think watching holiday specials is what made me a mood reader. Even to this day, I like to save holiday episodes of the shows I’m watching for that holiday.

But TV is not the only medium to do holiday specials. Because comics are published serially, it was only natural to get comic holiday specials starting in October. Often these comics were very similar to the cartoons we grew up with: some villain trying to destroy Christmas or the Thanksgiving Day parade. Our hero steps in with the assistance of Reindeer, The Ghost of Christmas Past, and other familiar holiday companions.

Most of the time, these comics don’t relate to the main plot or conflict, and are just there for fun. Like in the DC comic Present Tense, every year Santa breaks into Darkseid’s secret base to give him a lump of coal. It’s all in the name of fun. Below is are eight classic Holiday specials to look out for no matter who your favorite hero is. 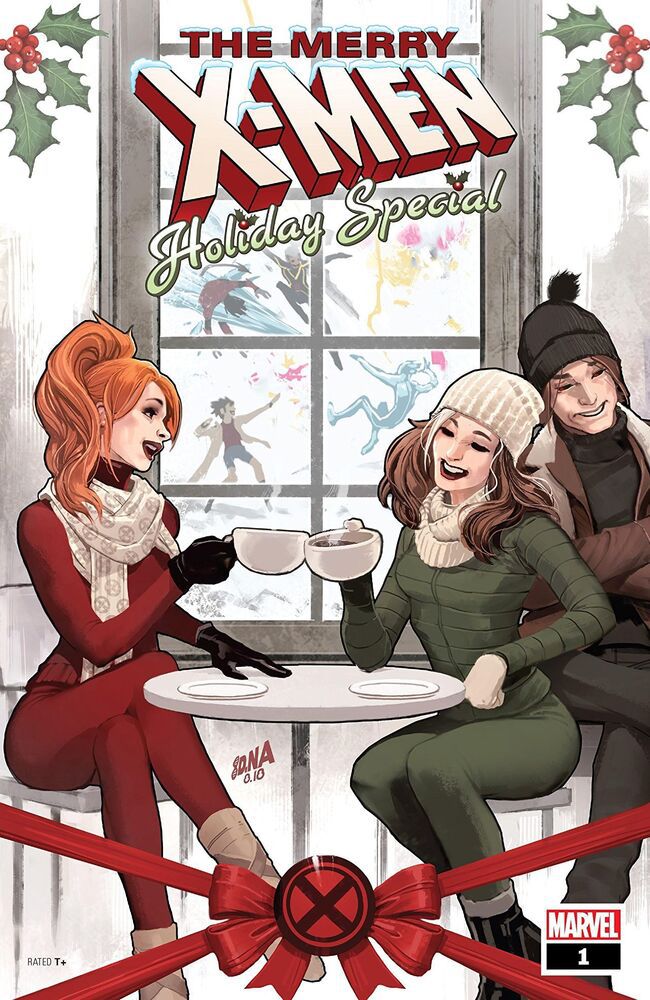 A collection of short stories that take place over the holidays, this is the perfect read for someone wanting to try to get back into reading comics. We follow different X-men as they each celebrate their own winter traditions, be it Christmas or Hanukkah, and reflect on the holidays. It’s a great mix of funny, heartwarming, and sad stories, but because they are all roughly a page long, if you don’t like one, you can move on to the next. 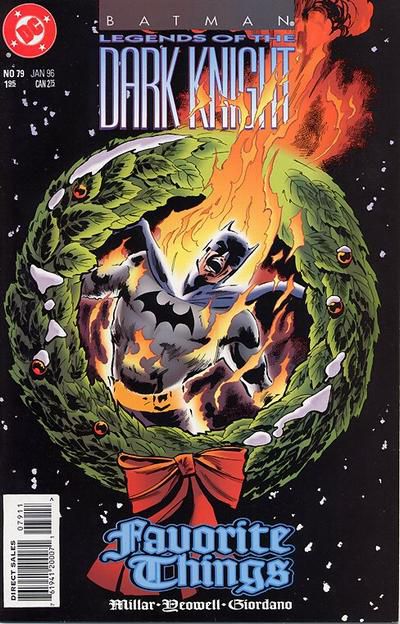 Thieves have broken into Wayne Manor and stolen items that are incredibly precious to Bruce Wayne. As Batman hunts down the culprits known as the Chessmen, he finds that they have taken police hostages. Now Batman must stop the thieves and get his stolen items back, including his favorite thing: a toy train, the last Christmas gift his parents ever gave him. This is a comic that perfectly blends the classic Batman adventures with the spirit of the holiday. 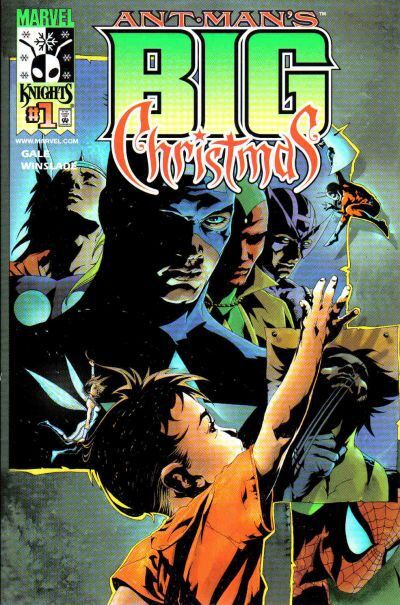 As neither Ant-Man (Hank Pym) nor The Wasp (Janet Van Dyne) want to spend Christmas with any of their relatives, they agree to go to the Christmas of a 12-year-old who wrote them a fan letter inviting them. The boy’s relatives always ruin Christmas for him and his parents, but with the help of two superheroes causing mayhem unseen, this Christmas just might be different. 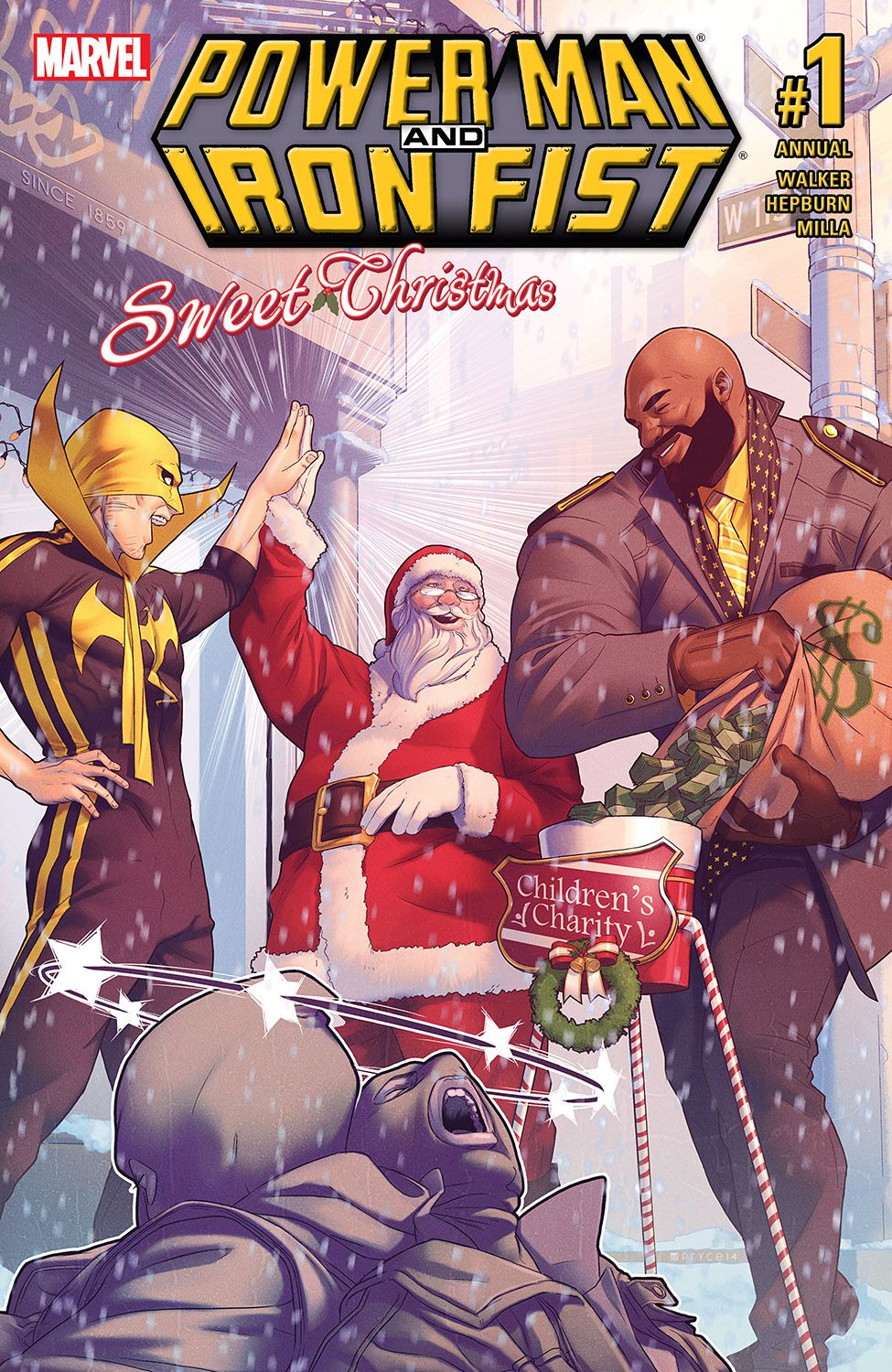 Danny (Iron Fist) and Luke (Power Man) take little toddler Danielle to the mall for some holiday shopping. However, soon the mall is infested by demons, and Danny and Luke have to do something about it. The two now not only have to save the mall but save Christmas for all those inside just trying to get their last-minute gifts. 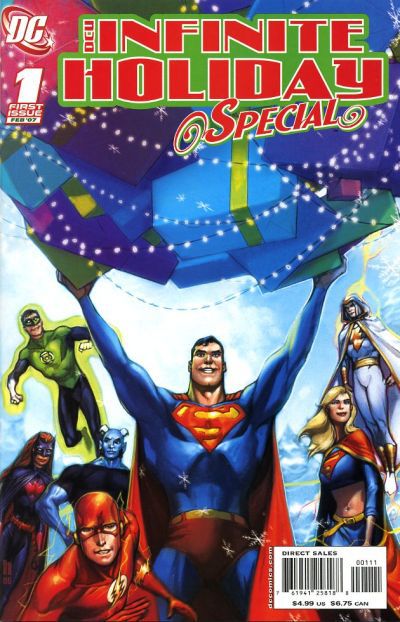 Hector Hammond is in prison when he requests the presence of Green Lantern. He tells him that he can reach Green Lantern’s deceased father with his powers, and in exchange he asks only for some memories. Green Lantern agrees, because it’s Christmas. Hector takes Green Lantern through his memories of his father, and the Christmases they shared. Soon Hector starts to get greedy, and Green Lantern will have to fight to get him out of his head. 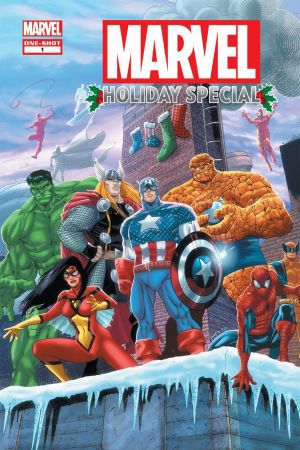 With four stories wrapped up into one, there is lots to love about this comic holiday special. Wolverine finally learns to play hockey, Spider-Man and Nick Fury celebrate Christmas, all while Ben Grimm and Kitty Pride make Chanukah special for some kids. Each adventure is different, but they all have a lot of holiday cheer. 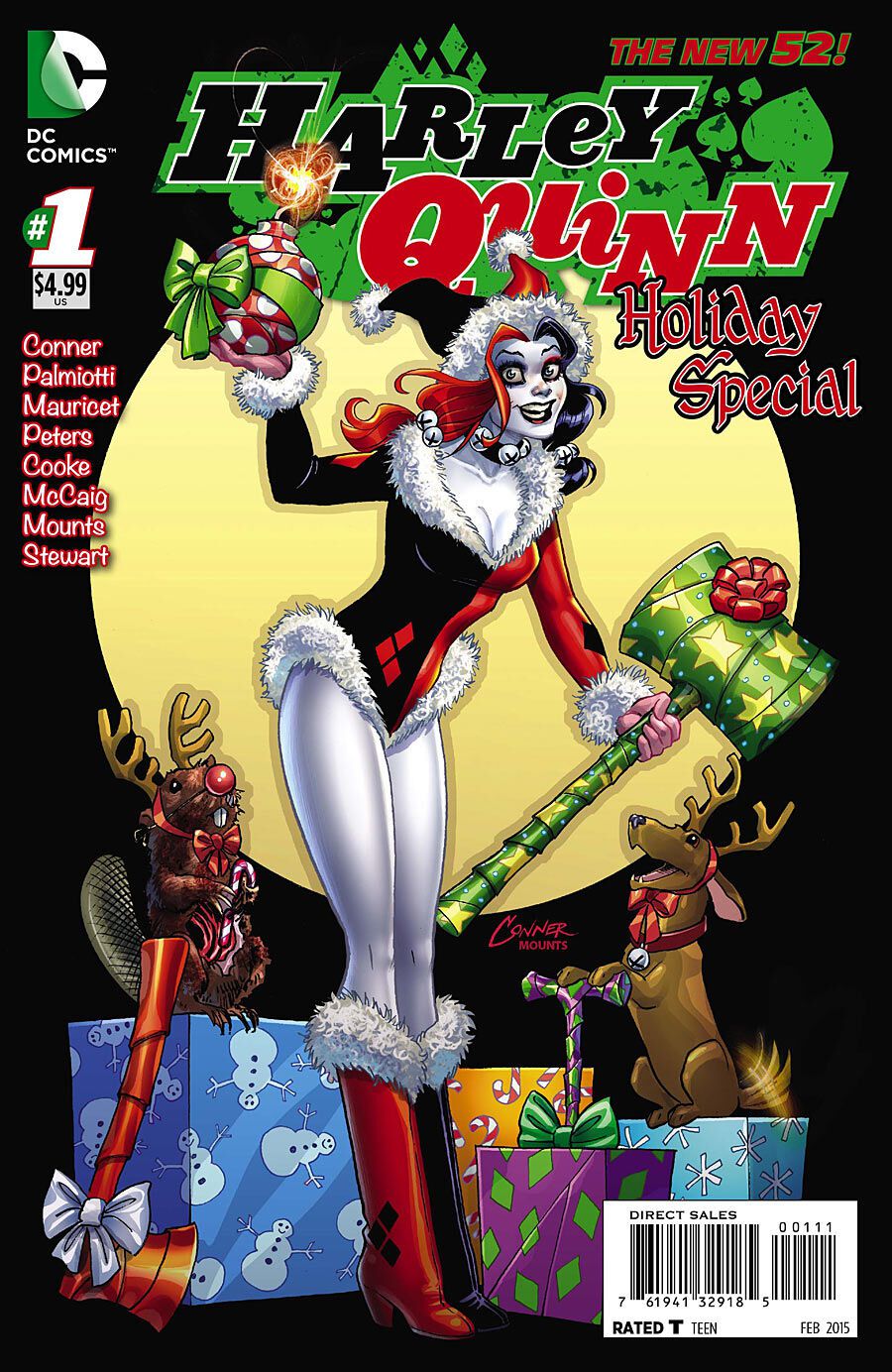 After much shenanigans, Harley has found herself asleep under a stranger’s Christmas tree on Christmas Eve. When morning comes, spoiled little Cindy believes Harley to be an elaborate doll. Cindy’s father offers to pay Harley to keep the ruse up until she can convince Cindy that she is a bad toy that needs to be returned. What follows is a story of elaborate hijinks and the spirit of Christmas. 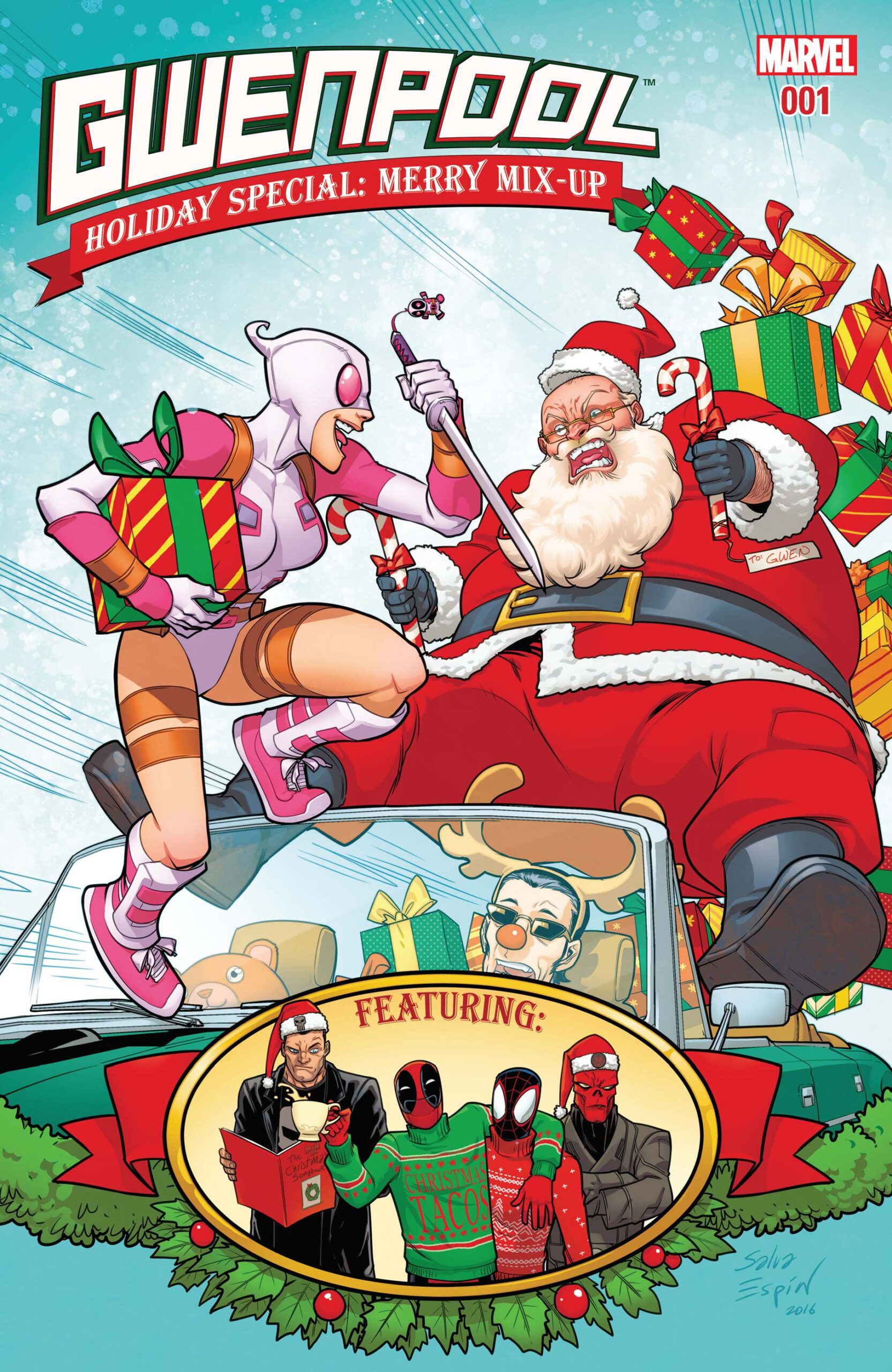 Gwen knows it’s time for some Holiday cheer. However, soon she starts to notice that something is a little off about Christmas this year, only she’s the only one to notice it. As she works to get to the bottom of what’s going on, we see some familiar faces pop up to either help or hinder her. As Deadpool, The Punisher, Red Skull, and Spider-Man all show up, this is going to be a comic holiday special you don’t want to miss.

There are so many more comic holiday specials out there, with nearly all your favorite superheroes! Hopefully this list will be a great jumping off point for finding them. Happy reading, and happy holidays!