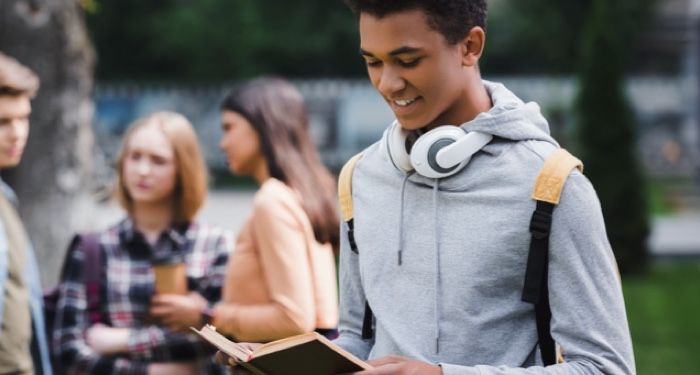 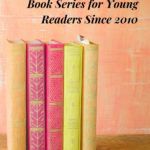 In the last decade, from 2010 to the present—and what a year 2020 has been so far—a number of YA and children’s book series have been published. They have captivated readers, made it on bestsellers lists, and some have even been adapted into movies. The stories cover a lot of different topics like love, adventure, the supernatural, and more; good considering the diverse interests of young readers. You may already be familiar with some of the titles in this article, while others may be new to you. There are, of course, other series that fit the bill as popular YA and children’s series published since 2010, so feel free to add titles to your own personal list. Here’s a start: 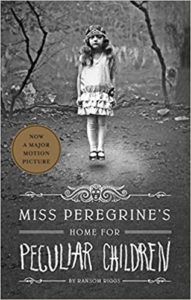 Miss Peregrine’s Home for Peculiar Children is Book 1 of this supernatural series, which includes photographs as an integral part of the story.

Without giving too much away, the story is about a group of children with powers, that band together to help each other. Romance, adventure, and mystery, there’s a bit of all of that in this series.

To keep reading, check out Book 2: Hollow City; Book 3: Library of Souls; Book 4: A Map of Days; and Book 5: The Conference of the Birds. 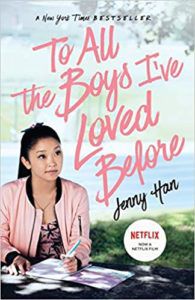 Book 1 in the series, To All the Boys I’ve Loved Before was adapted for the screen and became a big hit for Netflix. Actors Lana Condor and Noah Centineo take on the roles of the main character and her love interest.

Not only does Lara Jean (the main character) learn about love and relationships, I’d say she also grows more into herself.

Book 2 in the series is P.S. I Still Love You and Book 3 is Always and Forever, Lara Jean. The second book was also adapted and released by Netflix, and a film of Book 3 is forthcoming.

Author Jenny Han might be at work on Book 4, according to some of her tweets. 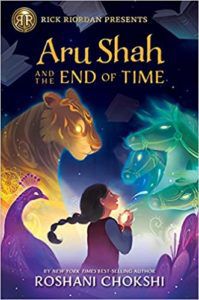 Aru Shah And The End of Time by Roshani Chokshi

Aru Shah and the End of Time is the first book of the series published under the Rick Riordan Presents banner. If you’re wondering what that means, don’t worry – there’s more on that later in this article.

Chokshi’s book is centered around main character Aru Shah, who gets herself into trouble after lying. Ultimately, she needs to try save her mom and her classmates. But it won’t be easy—to fight a demon, she has to find the reincarnations of five brothers from an epic Hindu poem. 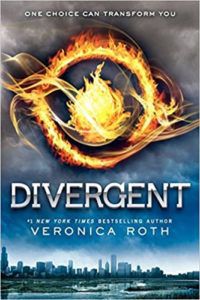 Divergent is the first book of the dystopian Divergent series, followed by Insurgent and Allegiant. The trilogy was made into movies starring actress Shailene Woodley as the main character.

The story’s set in Chicago and follows a divided society in which the main character will play a big role. Eventually a war breaks out, the stakes are high, and secrets are revealed.

After the trilogy was published, author Veronica Roth wrote a prequel to the series titled Four: A Divergent Collection. 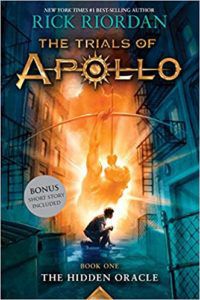 The Hidden Oracle by Rick Riordan

Rick Riordan is perhaps best known for his Percy Jackson series, but he has written others as well. One example is The Trials of Apollo series; The Hidden Oracle is the first book.

Like his other books, The Hidden Oracle prominently features elements of mythology. Here Apollo is punished by his father and has to live on Earth as a teenage boy. He needs help to stay safe and turns to the members of Camp Half-Blood.

In addition to the books he’s written, Riordan also has the Rick Riordan Presents imprint. According to his site: “Our goal is to publish great middle grade authors from underrepresented cultures and backgrounds, to let them tell their own stories inspired by the mythology and folklore of their own heritage.” 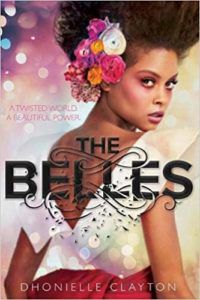 In The Belles world, the Belles are the beautiful women, and they have the power to make others beautiful too. Main character Camellia wants to be the top Belle, but ends up realizing that there are problems afoot.

The story is fiction, however it explores the meaning of beauty, and what people are willing to do to attain it. This is a topic relevant to the real world, of course.

For more reading, the second book in the Belles Series is The Everlasting Rose.