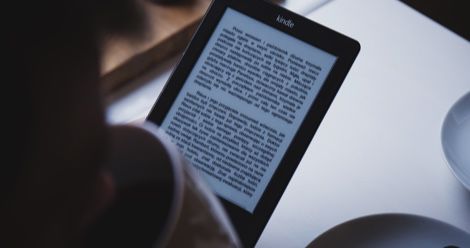 Kindle Unlimited is Amazon’s “All You Can Eat” book buffet. Well, except that you can only have 10 Unlimited titles at a time. And it’s not for every book. So maybe it’s a tasting menu? This analogy might have gotten away from me.

The gist is, for $9.99 a month, Kindle Unlimited is a great way to read a ton of comics and genre fiction. Some of the best modern titles, as well as tons of classics, are ready for you to add to your Unlimited queue.

Real talk though, Amazon? I don’t know if Octavia Butler hurt you personally or no one updated you that sci-fi and fantasy isn’t lily white anymore, but you need to add some diversity to your Unlimited titles. Your Romance books pass the sniff test, but other genre fiction…not so much. Let’s work on being part of the solution, shall we?

That said, there are a ton of titles in the Sci-Fi and Fantasy category that qualify for Kindle Unlimited. So many, it can be hard to separate the wheat from the chaff (and there’s a lot of chaff). Here’s my top 10(ish), but it is by no means exhaustive of what Unlimited has to offer. Once you burn through these, strike out on the unbeaten trail, you’ll find lots more. 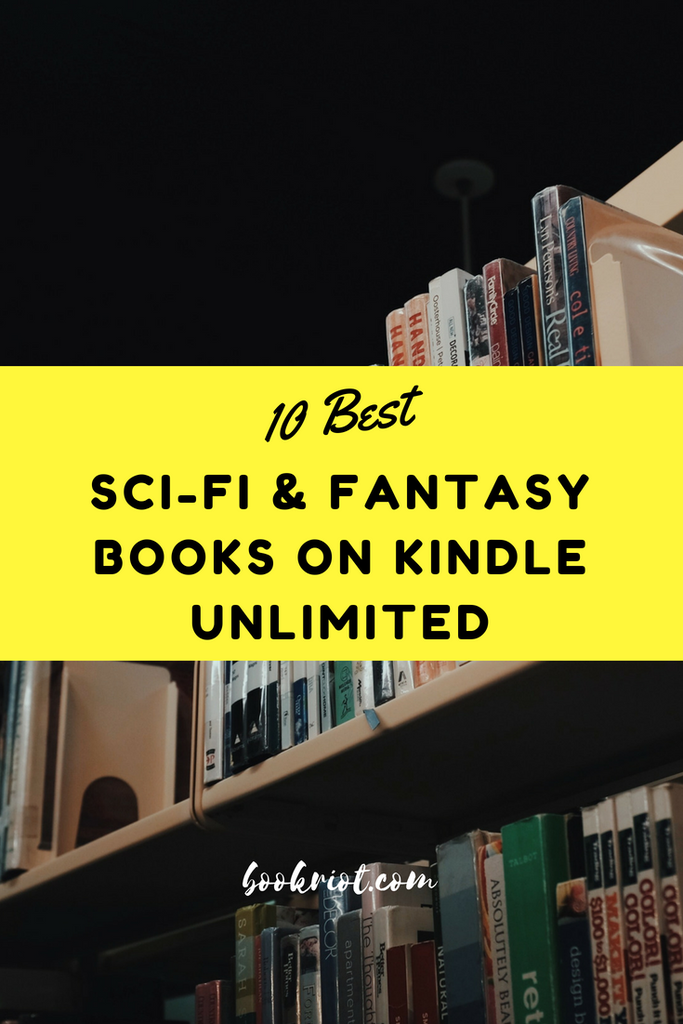 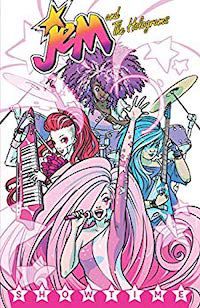 Some may argue with me that Jem is not truly outrageous enough to head up a list of sci-fi and fantasy titles. To them, I would argue that the title character uses a sentient holographic computer to overcome her shyness. The always amazing Kelly Thompson pens this reboot of the ’80s series in which meek singer Jerrica discovers her father’s life work, the aforementioned Synergy, which transforms her into the superstar Jem. It’s got all the drama you remember, from sabotage by the Misfits to relationships between, well, I won’t spoil it because that’s half the fun. It’s a great read and Sophie Cambell’s art does an amazing job of updating the look but still retaining that neon-soaked glam-rock feel. Anyone who still thinks every band needs a keytar player needs to check this one out. 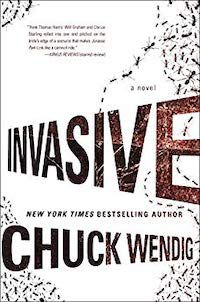 Did you just get out of Ant-Man and The Wasp and say to yourself “Gee, I wish there was more formian fiction in the world?” Well you’re in luck my ant-obsessed friend. Wendig’s popcorn-thriller Invasive has everything that you need to fill that tiny little void in your soul. There’s genetic engineering, questionably aligned billionaires, secret island hideaways, and, oh yes, an ant-fueled, world-ending apocalypse. Side note, if you’ve already read Invasive, Chuck’s awesome “cornpunk” series that starts with Under an Empyrean Sky is also available on Kindle Unlimited.

Even if you’ve already read Wool, even if you think there’s nothing new to glean from this claustrophobic, cautionary tale that’s part Fallout, part Westworld, you should add this book to your pull list. Howey has not rested on his laurels since he first self-published Wool and he’s continued to upgrade his breakout hit. The current Omnibus Edition adds motion illustrations that can be viewed on your Kindle Fire (or other tablet). It’s a gripping story that ends far from where it began and moves so fast, you’ll be loathe to put your ereader down for even a second (when I first read it, I kept reading at work on my iPhone).

If you prefer your genre fiction with a few more scales and magic, but still want sci-fi, Aaron’s Heartstrikers series is a great place to start. Julius, the titular “nice dragon,” is the runt of his clan and stays alive mostly by staying out of the way. That is, until his matriarch decides she’s done with his milquetoast behavior and locks him in human form. Now Julius has 30 days to wander a future cityscape ripped right out of Blade Runner and prove he’s worthy of his clan name (and scaly alternate form). There are five books in the series—plenty to keep you entertained for the rest of the summer. 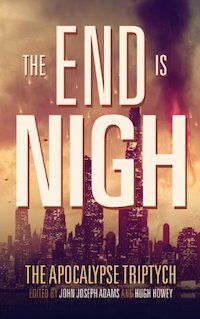 The End is Nigh (Apocalypse Triptych Book 1) by Tananarive Due, Ken Liu, Seanan McGuire, and others

Finally, with this first book of the Apocalypse Triptych, we have authors of color represented with the stories “The Gods Will Not Be Chained” by Ken Liu and “Removal Order” by Tananarive Due (still not enough, Amazon). All of the stories in this collection focus on, not surprisingly, world-ending scenarios. Full of horror and that “of course we’ll be fine” brand of false hope, The End is Nigh does a standout job of setting up future installments (featured in The End is Now and The End Has Come) or, for those standalone tales, leaving you with a feeling of well-placed dread. Seanan McGuire’s “Spores” in particular can still make me shudder (I swear, that woman will never run out of ways to end us all). A great read if you need to remind yourself that things could always be worse.

Yes, before Peter Jackson pumped it full of Orc steroids and inflated it into the 26-hour movie epic it became, Tolkien’s foray into Middle Earth was a pat affair, concerning itself with unsuspecting hobbit burglars, the continuing line of Dwarven royalty, and maybe a few spiders and a dragon along the way. YA before YA was even a thing, Tolkien envisioned The Hobbit as being an introduction to Middle Earth for younger readers, with a more compact, less convoluted tale. Think of it as the equivalent of a dwarven heist movie (Gandalf’s 14 maybe?). Still as epic and engaging today as it was when it was written, if you haven’t discovered The Hobbit yet, or only know it through the movies, you should check it out. 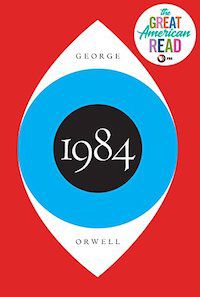 There’s a lot of dystopia on this list. Most of them have this novel to thank for “dystopia” practically being its own genre. This is Orwell’s classic tale of a society controlled by an all-seeing “Big Brother” (back before it was a crappy reality show) and patrolled by the “Thought Police.” Under their constant surveillance, the world is “safe.” It’s those who retain their memories, those that who would challenge the status quo that must fear for their lives. Even if 1984 itself is long gone, it’s never been closer. Just as frightening now as it was in 1949. 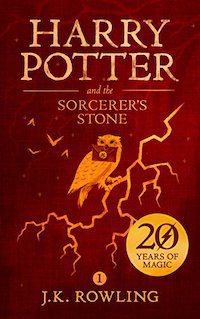 You know the story. Boy is abused by his extended family after they adopt him. Boy wishes he could be free. Boy hallucinates himself salvation in the form of wizards. What? That’s not what this is about? At any rate, it’s pretty good. I’m sure some people will enjoy it. (Fun story—I was “that guy,” having picked up the book after hearing an interview with Rowling on NPR just before the first U.S. release and then annoyed my friends with my hipster-ish “I liked Potter before it was cool” for the next year.)

In all seriousness though, if you’ve never read Sorcerer’s Stone, it’s the most accessible of the series. Suffused with the kind of charm that makes you wish you could instantly be transported into the book, you’ll quickly understand why Harry Potter became the phenomenon it is today.

An instant modern classic, Saga is like nothing else on the stands. It’s gorgeous and profane and will have you gasping for breath after every other page. Vaughan and Staples jam their foot down on the gas as soon as you open the cover of this modern space opera. The only time they let up slightly is when they get to the top of the hill. Then it’s a wicked grin and you’re flying back down again. Intergalactic war, magic, lasers, bounty hunters, talking (psychic?) cats, ghosts, drugs, romance novels that can bring the universe together, a royal class with CRT televisions for heads…you never know what to expect with Saga. Even saying “everything” doesn’t really cover it. Just buy your ticket, buckle up, and enjoy the ride.

If you were confused as to why a series of wines based off Atwood’s dystopian novel would cause such a furor, you need to read this book. Atwood has a knack for depicting near-future scenarios that are eerily prescient (The Handmaid’s Tale was published in 1986). It’s full of stomach-churning toxic masculinity and sexual oppression taken to nearly inconceivable ends. Or, they would be inconceivable if it weren’t for the fact we can turn on the TV or check our Twitter feed to see the beginnings play out in real time. The worst thing about it is that nothing in the novel was created whole cloth from Atwood’s imagination. “When I wrote The Handmaid’s Tale,” Atwood said in a recent interview, “nothing went into it that had not happened in real life somewhere at some time. The reason I made that rule is that I didn’t want anybody saying, ‘You certainly have an evil imagination, you made up all these bad things.’ I didn’t make them up.”