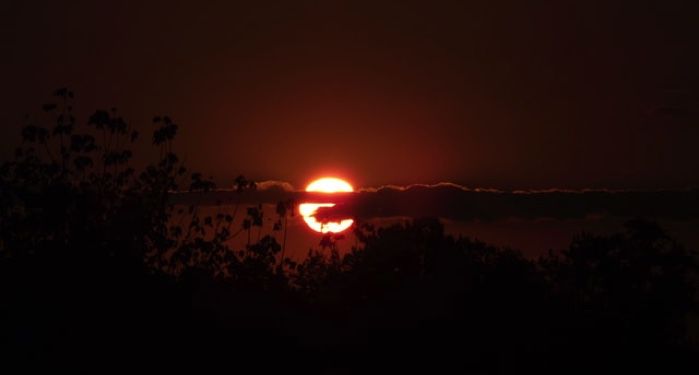 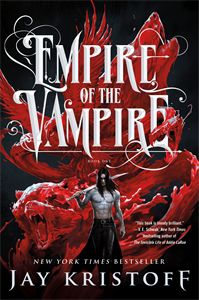 From the New York Times bestselling author of the Nevernight Chronicle, Jay Kristoff, comes the first book of an astonishing dark fantasy saga. For nearly three decades, vampires have waged war against humanity; building their eternal empire even as they tear down our own. Now, only a few tiny sparks of light endure in a sea of darkness. Imprisoned by the very monsters he vowed to destroy, the last silversaint is forced to tell his story. A story of legendary battles and forbidden love, of faith lost and friendships won, and the quest for humanity’s last remaining hope: The Holy Grail.

Vampires and vampiric creatures have been around for a long time, throughout many different cultures and time periods. The vampire as we know it today is heavily based on the beliefs of European folklore that feature an undead creature, the sucking of blood, and so on. And of course, the Victorian novel Dracula by Bram Stoker has had a huge influence on not just vampire literature but literature in general.

And yet while vampires have been around for centuries, the mythological creature doesn’t seem to want to die out (get it?). New vampire novels are coming out every year. And contemporary authors keep finding new ways to reinvent vampire tropes to keep the concept fresh. Some vampires get a little more menacing while others become love interests. And as we all discovered when Stephanie Meyer released her popular Twilight series, some vampires sparkle. You might not agree with every author’s fresh take on vampires, but this constant reinvention of vampires is exactly what keeps this genre alive and blood-sucking.

So with that in mind, here are nine of the best recent vampire reads. All of these books have unique takes on vampires that manage to keep the genre fresh and interesting. 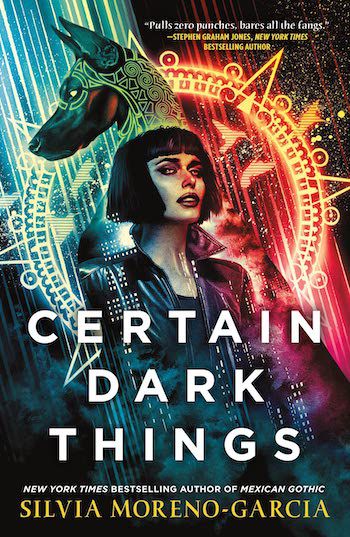 Silvia Moreno-Garcia’s Certain Dark Things was recently re-released with this stunningly gorgeous new cover. This is a neo-noir vampire novel set in Mexico City, a city filled with vampires. Atl is the descendant of Aztec vampires, and she’s desperate to escape the city to evade a rival narco-vampire clan that’s relentlessly pursuing her. She finds an unlikely ally in Domingo, a street kid struggling to get by in the city’s heavily-policed streets. Will Atl and Domingo be able to escape the city with a blood-thirsty gang after them and the cops close on their tail? 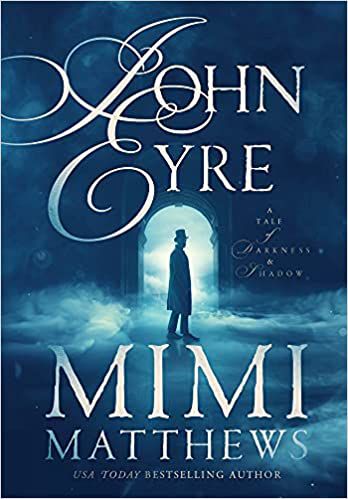 We all love a Jane Eyre retelling, especially when that retelling mixes in elements of Dracula. It’s the ultimate Victorian Gothic mash-up. When John Eyre comes to Thornfield Hall to become a tutor to two strange young boys, he has no idea what he’s in for. The house is dark and the strange sounds he hears throughout the night leave him wondering if Thornfield is secretly haunted. Then there are the strange creatures he keeps seeing on the moor. And that silver mist that seems ever-present. 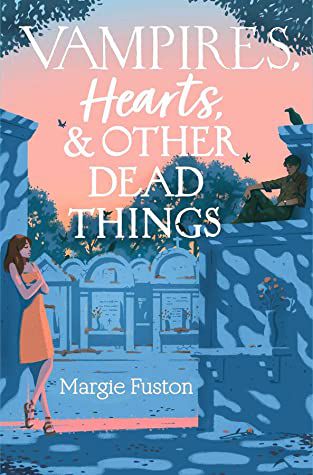 Vampires, Hearts, and Other Dead Things by Margie Fuston

Thanks to books like Anne Rice’s Interview with the Vampire, New Orleans has solidified itself as the home for vampires in America. In the YA novel Vampires, Hearts, and Other Dead Things, Victoria and her father have been fascinated by vampires ever since the first vampire announced himself on television. Then Victoria’s father gets sick, and she becomes determined to find a vampire and become one herself so she can cure her father’s cancer. And so she heads to New Orleans desperately in search of a miracle. 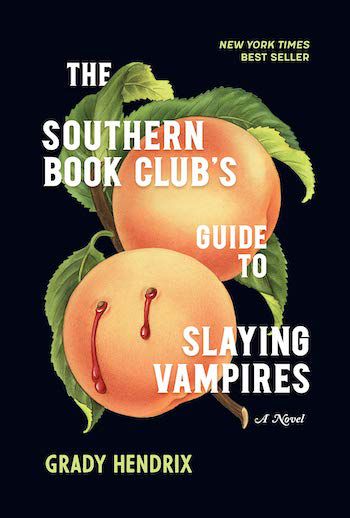 Grab yourself a sweet tea and settle in for this delightfully southern take on vampire slaying. Set in the 1990s in South Carolina, The Southern Book Club’s Guide to Slaying Vampires is the story of a book club that has to fight to protect its community from a dangerous threat. At the center of this true crime-reading book club is Patricia Campbell, who’s starting to feel disillusioned with her life when an intriguing, artistic stranger moves into the neighborhood. At first, Patricia is drawn to him, but then children in the community start going missing, and her new neighbor is her primary suspect. 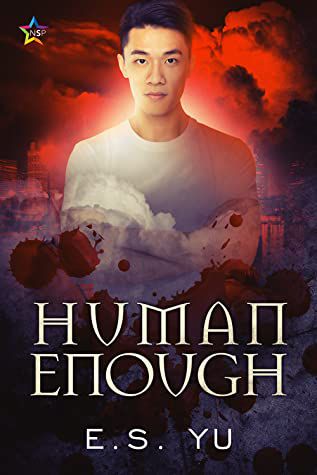 Here’s another book about vampire slaying, but Human Enough takes the vampire genre into queer romance territory. Noah Lau joined the Vampire Hunters Association because he wanted justice for his parents’ deaths. But things get way more complicated when he falls for one of his targets. Months into his relationship, he’s still deeply in love. But Noah is finding it increasingly difficult to keep the romance hidden while still doing his job as a vampire hunter. 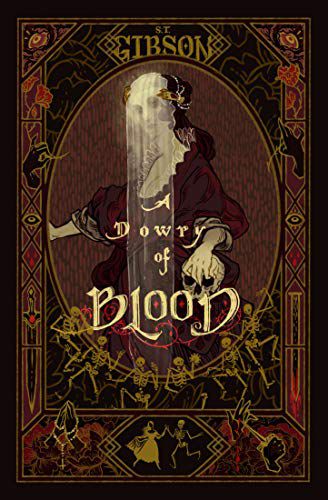 A Dowry of Blood by S.T. Gibson

We’ve already established that Victorian Gothic vampire retellings are a whole lot of fun. A Dowry of Blood is a dark, sapphic retelling of Dracula that reimagines one of Dracula’s brides. Constanta was a medieval peasant on the brink of death when Dracula found her and gave her a new life as a vampire. At first, Constanta feels completely devoted to her savior. But the more time she spends with the vampire, the more Constanta becomes wary of Dracula’s violent behavior and dark secrets. 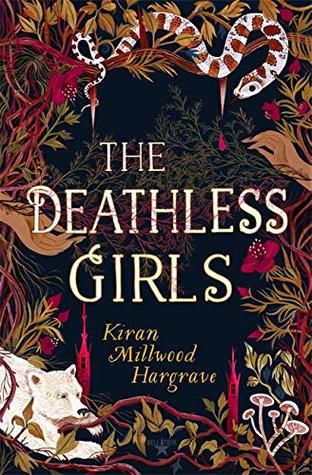 The Deathless Girls is another take on Dracula’s brides. Seventeen-year-old travelers and twin sisters Lil and Kizzy have been fated to be “deathless girls,” but how will that fate unfold? It all starts when Lil and Kizzy are captured. Snatched from their community, they are enslaved to the evil Boyar Valcar. While working in the kitchens, Lil meets Mira, another enslaved girl to whom Lil feels inexplicably drawn. In the kitchens, Lil also learns about the Dragon, a mythological creature who steals girls. 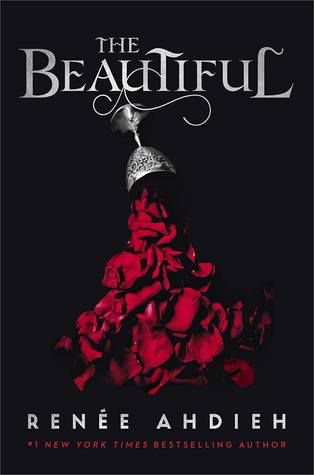 With The Beautiful, we get another unforgettable vampire novel set in New Orleans. The year is 1872. Seventeen-year-old Celine Rousseau has come to the city seeking refuge after fleeing her life as a dressmaker in Paris. It doesn’t take long for Celine to become enraptured by La Cour des Lions and the group’s enigmatic leader Sébastien Saint Germain. But then a dead body is found in the lair of La Cour des Lions, and Celine must admit that in spite of her infatuation with Sébastien, she is suspiscous.

Why have one vampire story when you can have several? That’s what you get with Vampires Never Get Old, a YA anthology edited by Zoraida Córdova. This collection features fresh, fun, sometimes frightening, and sometimes even funny reimaginings of vampires. Authors include Samira Ahmed, V.E. Schwab, Dhonielle Clayton, Mark Oshiro, Rebecca Roanhorse, Heidi Heiling, and more. If you want to see want vampires look like reimagined for the 21st century, this is the collection for you.

Who doesn’t want more vampire reads in their lives? If you need even more vampire recommendations, check out this list of 7 of the Best Diverse Vampire Novels. Here are 9 of the Best YA Vampire Books. And here’s a foretelling of the future of vampire books!