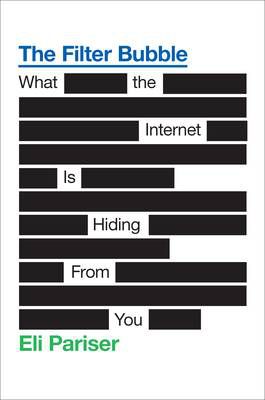 Go to Amazon. Choose a topic – Sex, Religion, Politics. Whatever the topic, it should be controversial, the kind of subject your grandmother told you not to discuss in polite company.

Do not click on books you have read or books you think you might like. Click only on the opposite point of view. Read the description. Read the positive reviews. Read the negative reviews. Now ask yourself, “Would I read this book?”

In 2011, Eli Pariser’s The Filter Bubble came out discussing the internet algorithms that made assumptions about what we would like Google to search for or Facebook to show in our newsfeeds. These algorithms are beneficial, mostly to the advertisers who can target a specific audience with them. They have some benefit to the consumer, but they also narrow our scope of the world by creating a positive feedback loop of information that brings to mind the phrase “preaching to the choir.” If you agree with something a friend posts on social media and click through the links they share, eventually the algorithms will stop showing you that there is another viewpoint. You will, to use another phrase, “go down the rabbit hole,” in which everything that goes against what you believe ceases to exist or is just crazytalk.

The thing is; the filter bubble did not just blow up in the age of the internet. We’ve been putting ourselves in filter bubbles with the people we associate with and the media we consume, no matter what the form.

Recently, I was reading The Purity Myth by Jessica Valenti. Like most non-fiction, Valenti references other books and research papers to make a point that supports her argument. Like I often do, I wrote down the titles of books I thought sounded interesting to add to my never ending list of books I’d like to read.

Until I came across a book that Valenti panned as narrow-minded and filled with bad and manipulated research. And that book was already on my list. As was another. Now I was filled with doubt.

Should I remove those two books from my list? Are they worth reading, or would they be a trip into Crazytown? Should I read them for an alternative point of view? More importantly, who was to say Valenti’s research was better or less manipulated? How was I supposed to determine who was right and who was wrong? If I only added the books she praised and removed the ones she did not, was I simply enlarging my bubble?

Finding a book whose author isn’t biased to some degree is tough. And who has the time to go make sure that the supporting research of an argument was not done by a former employee of say, Big Tobacco? Because researchers have bias too. How do you know whom to trust?

Last night I added books on alternative energy and climate change to my list. It was inevitable that I’d run across authors who had a vastly different view point from mine. The language in the descriptions seemed heavy-handed and alarmist. The reviews, positive and negative, were like a bar-room brawl. It did not matter if the book supported or denied climate change, the template of each book’s page was the same.

Online you don’t have much say in the existence of your bubble, but when it comes to books, you have complete control. It is comfortable and safe in your bubble. Which begs the question, are you willing to pop your filter bubble? Are you willing to pick up (and give serious consideration) to a book that may have been written by a crackpot or someone with an agenda? Whose premise goes against what you believe to be true?

For the record, I left the books on my list. I’d rather enlarge the scope of books I’m willing to read than the bubble.