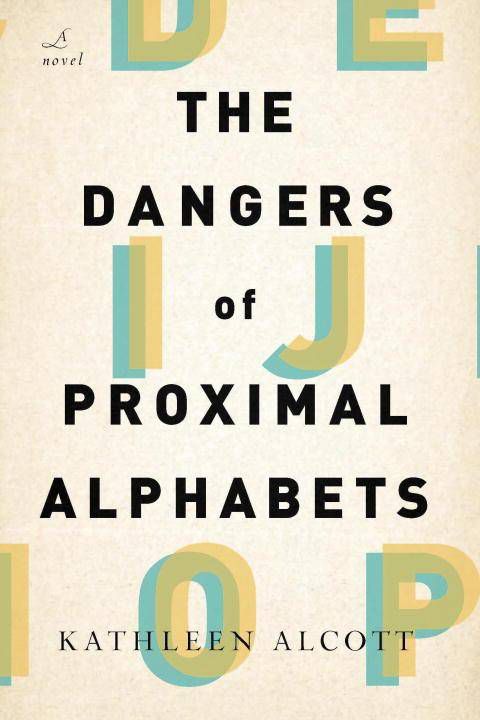 Alright, so there is no way I can keep track of when I saw what, so we’re just going to go through these in semi-arbitrary fashion. The first round-up were highlights from Hachette, and this one will cover several publishers. Here. We. Go.

(Remember, I need two reasons to get interested. “It is so good!” is not enough.) 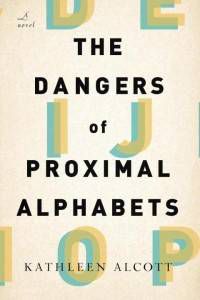 The Dangers of Proximal Alphabets by Kathleen Alcott (September 11, 2012)

Got plenty of reasons to keep an eye on this one. First, the author is 23, and I am sucker for young writers. Second, awesome cover, nerdily cool title. Third, Alocott is a descendent of THE Alcotts. Not sure that literary talent is genetic, but who knows, maybe there is a little Louisa May in there somewhere. Here’s the synopsis:

Ida grew up with Jackson and James-where there was “I” there was a “J.” She can’t recall a time when she didn’t have them around, whether in their early days camping out in the boys’ room decorated with circus scenes or later drinking on rooftops as teenagers. While the world outside saw them as neighbors and friends, to each other the three formed a family unit-two brothers and a sister-not drawn from blood, but drawn from a deep need to fill a void in their single parent households. Theirs was a relationship of communication without speaking, of understanding without judgment, of intimacy without rules and limits. But as the three of them mature and emotions become more complex, Ida and Jackson find themselves more than just siblings. When Jackson’s somnambulism produces violent outbursts and James is hospitalized, Ida is paralyzed by the events that threaten to shatter her family and put it beyond her reach. 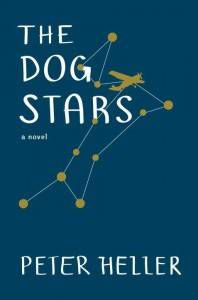 I love “a man and his horse” stories. Stories where a loner man or woman relies on their car/boat/horse/dog/robot to navigate this crazy world. In The Dog Stars, it’s a man, his dog, and a plane. Throw in a blurb from Glen Duncan comparing The Dog Stars to McCarthy’s The Road, and I am in.

Hig survived the flu that killed everyone he knows. His wife is gone, his friends are dead, he lives in the hangar of a small abandoned airport with his dog, his only neighbor a gun-toting misanthrope. In his 1956 Cessna, Hig flies the perimeter of the airfield or sneaks off to the mountains to fish and to pretend that things are the way they used to be. But when a random transmission somehow beams through his radio, the voice ignites a hope deep inside him that a better life-something like his old life-exists beyond the airport. Risking everything, he flies past his point of no return-not enough fuel to get him home-following the trail of the static-broken voice on the radio. But what he encounters and what he must face-in the people he meets, and in himself-is both better and worse than anything he could have hoped for. 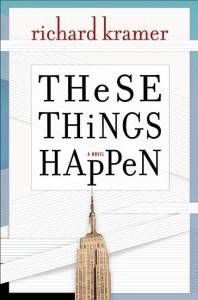 Richard Kramer had his hands all over two of my favorite soft-focus late 1980s/early 1990s TV dramas: thirtysomething and My So-Called Life. (Note to self: I think I like the TV version of Parenthood because it is sort of a cross between these two shows). Anyway, the other hook for me here is that someone described this book as a “coming-of-adult” novel (as opposed to “coming-of-age”), a phrase so good, I am angry I didn’t think of it.

Wesley is a fabulous kid, whose equally fabulous best friend Theo has just won a big school election and simultaneously surprises everyone in his life by announcing that he is gay. No one is more surprised than Wesley, who actually lives temporarily with his gay father and partner, so that he can get to know his rather elusive dad. When a dramatic and unexpected trauma befalls the boys in school, all the parents converge noisily in love and well-meaning support. But through it all, each character ultimately is made to face certain challenges and assumptions within his/her own life, and the playing out of their respective life priorities and decisions is what makes this novel so endearing and so special.

One more day to go. What will tomorrow hold?