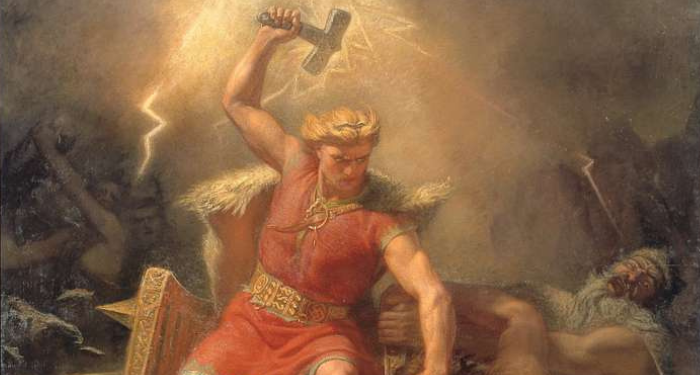 There is something so vital about Norse mythology books and stories. Greek myths are built with theatrics and drama. Chinese mythology is filled with magical powers and fantastic beings. Sumerian legends are so rich in morals and life lessons, they were absorbed into the most prominent of holy books. But Norse mythology? Those stories are robust, surviving anything that’s thrown at them and then some. There is mischief and magic weaving amongst family and friends.

Norse mythology has become a beautiful depiction of the strength of the people without becoming too crass a stereotype. As recently as June 2022, we are discovering new information about trade and social behaviour of the time, reflecting so much of it in the stories of long ago. But to be fair, saying that Norse mythology is robust is a bit of an understatement. It is one of the most vibrant in its storytelling and never shied away from graphic details or darker issues. The term “saga” originates from Iceland and instantly evokes feelings of epic stories and adventures. It is the perfect format for the best Norse mythology books.

Before we start, let’s address the obvious. Today, three of the most popular Norse mythology books are written by white Western males: Norse Mythology by Neil Gaiman, the Magnus Chase series by Rick Riordan, and The Long Dark Tea-Time of the Soul by Douglas Adams. All three are amazing books and highly enjoyable. However, they are also indicative of the lack of diversity in Norse Mythology books. To be frank, this is a common issue across most mythology-based literature due to the early restrictive nature of studying classics literature. This is even more frustrating when recent discoveries have shown just how far and wide Vikings travelled across the world; all the way to the Americas and even Central Asia. Their sagas would have travelled with them, so it shouldn’t be too much to ask for some diversity in the retellings today. Publishers, get on it! 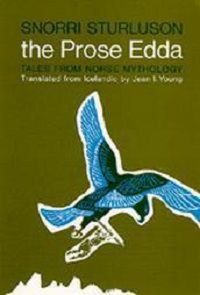 The Prose Edda: Tales from Norse Mythology by Snorri Sturluson, translated by Jean I. Young

Snorri was an Icelandic historian, a politician, and most notably, a poet. Any fans of Norse Mythology should give thanks to Snorri’s work in protecting the cultural heritage and identity of the Icelandic people. He is commonly credited for his work in collecting all of the stories in The Prose Edda in 1220, which is held as the major source for what we now refer to as Norse Mythology. Funnily enough, Snorri is very adamant in stating at the very beginning that he does not believe in the stories due to his Christian faith. That doesn’t stop him from sharing the stories with beautiful alliterative verse and the strong conviction of independent Norse culture. Of the few translations available since 1842, Young’s is considered the most lively and vibrant, capturing the original purpose of Snorri’s prose: to teach poets how to tell a good story with flair and presentation. It’s also worth noting Young is the only female to translate Snorri’s work and the most criticised because she focuses on these artistic elements — you know, like the source material intended. 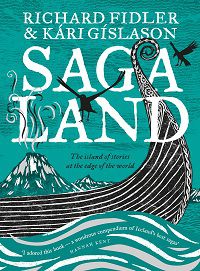 This is Gíslason’s story, shared with help from his friend Fidler, as they explore Gíslason’s Icelandic roots and history. Fidler is known in Australia as a fantastic interviewer, perfect for the job of weaving through ancient stories with Gíslason’s more contemporary experience. You can feel their combined love for Icelandic sagas and the respect for stories of resilient people living on a most unforgiving land and still loving it with such passion. This is a great book for exploring how the old Norse tales still touch us today. 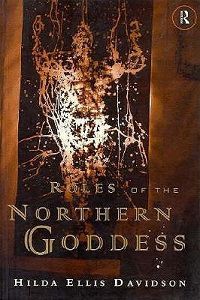 As Christianity took hold throughout Europe, many of the stories of goddesses were either deliberately destroyed or ignored in favour of the patriarchy of the Christian church. Dr Davidson specialised in the study of Celtic and Germanic religion and played an active role in the study of folklore as a scientific discipline and its basis in cultural identity. She was also a huge advocate for women’s rights and the equal importance of women in history. Both of these factors shine through in her writing, providing a thorough read on a once neglected topic. This is it if you are looking for a book that provides the academic strength behind balanced views of Norse mythology. 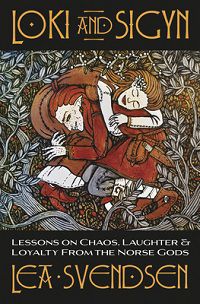 Loki and Sigyn: Lessons on Chaos, Laughter & Loyalty from the Norse Gods by Lea Svendsen

It is okay if you’re into Norse mythology because of Loki/Tom Hiddleston in the MCU. You’re not the first and absolutely won’t be the last. However, you may want to check out the competition: Loki’s wife, Sigyn. This is Svendsen’s debut (published February 2022) and offers a very easy introduction to Loki and Sigyn. She dives into the mischief behind Loki’s reputation and the magic with Sigyn. Svendsen uses academic research to dig deep into the interpretations of Loki and Sigyn over the years, especially the impact of Christianity’s Good/Evil paradigm on the more flexible characteristics of Norse mythology. She also presents a great overview of the practical worship of Norse gods in both historical and modern times. This is a good explorations into heathenry and mischief. 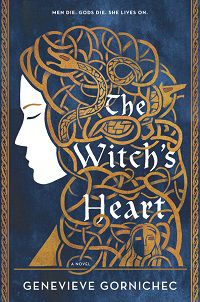 The Witch’s Heart by Genevieve Gornichec

Still on the topic of Loki’s wives: meet Angrboda, the witch who falls in love with the legendary trickster and risks the wrath of the gods. This is the reimagining of her story and her fight for her rights. Because Angrboda did the unthinkable: she denied Odin. Angrboda has the gift of sight, the power to divine the future. When Odin demands she gives her power to him, Angrboda refuses and is punished by burning at the stake three times. Damn, it is hard not to fall in love with Angrboda’s spirit just from the opening alone! If you enjoyed the epic nature of Circe by Madeline Miller, you are going to love The Witch’s Heart. 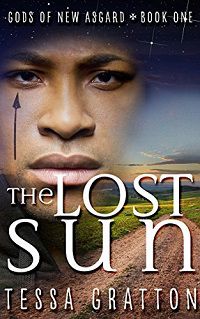 Originally marketed as a YA novel, The Lost Sun feels older and wiser — much like the Asgardian gods themselves. At 17 years old, Soren must face his family legacy and the Berserker nature inherited from his father. However, there may be a way to remove the violent battle-frenzy from his nature. When Baldur vanishes, Odin offers a boon to anyone who brings news of his son. Soren takes off on a road trip across the United States of America in search of the lost god and the hope of a fresh start. This is a contemporary story inspired by Norse Mythology and builds on the legends’ characters. This epic world-building will be perfect for readers who dreamed of the USA with Asgardian gods in charge. 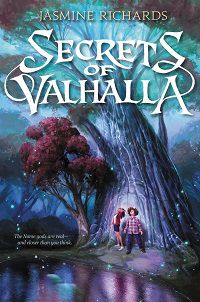 Secrets of Valhalla by Jasmine Richards

This was initially aimed at middle grade, but I really enjoyed it along the lines of a YA novel. It has strong Riordan vibes with a touch of Groundhog’s Day on the side. Two young friends discover a weatherwoman magic-bound to a tree deep in the woods. They soon discover she is Sunna, the Norse Goddess of the Sun and one of the “day guardians.” Suddenly, the rest of the world is thrown into a permanent loop of a never-ending Saturday (not such a bad thing, really?), and only Buzz and Mary are aware of what is happening. Settle in for some adventure and mayhem as they race against Loki to release the other guardians and reset time in Midgard. 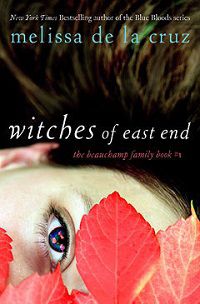 This is the first of the Beauchamp Family series featuring the Beauchamp women. Joanna and her daughters, Freya and Ingrid, live in a mist-shrouded town that seems almost stuck in time. What others don’t know is that they are also witches, banned from using their magic to heal and resurrect (Joanna), predict the future (Ingrid), and create charms and potions to cure most any heartache (Freya). They have lived a long time hiding their gifts, but the disappearance of a young girl brings everything out and forces the women to face the truth. 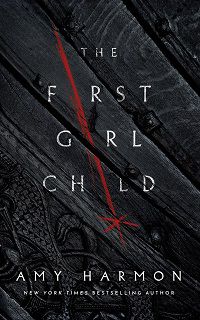 Heartbreak is still heartbreak, no matter how beautiful the prose! Harmon would make Snorri proud with her poetic writing in this historical fantasy fiction rich with lore and legend. It all starts with a curse: From this day forward, there will be no daughters in Saylok. Nearly two decades later, the first girl child, Alba, is born. Bayr is given the purpose of protecting Alba, in part due to his inhuman strength. However, their very existence individually threatens the king and could lead the land into volatile times. This is a powerful Nordic fairy tale in the making. 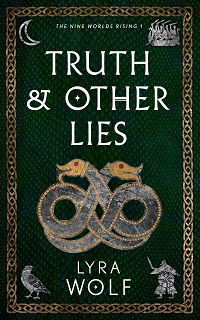 If you like the idea of Loki and Sigyn, check out this reimagining of the story from Loki’s POV. The love story is front and central, delving further into exactly what drives Loki. This is Loki at their most genderfluid, engaging with men and women equally and embracing all elements of life for the purpose of living. And let’s be honest — the appeal of Norse mythology comes from the gods and their irascible nature. Wolf has fleshed out the characters to lift the story up and out of the pages. When we first meet Loki, he has been misplaced for over 500 years and is raving in a monastery. This is Loki at the beginning of their journey, and Sigyn is at the centre waiting for them. I think the best news to come from this is the promise of a series. I am more than happy to spend a bit more time in Loki’s head.

Norse mythology is totally fantastic in its legends and folklore. And yet, there is always this underlying thread that feels so relatable. Even the gods are vulnerable in the end, but they never waiver from their desire to live life to its fullest. Perhaps that is why we are drawn to these stories. Perhaps this is what will inspire us to continue with their tales. Bring on Ragnorak and the great battle for more Norse mythology books!