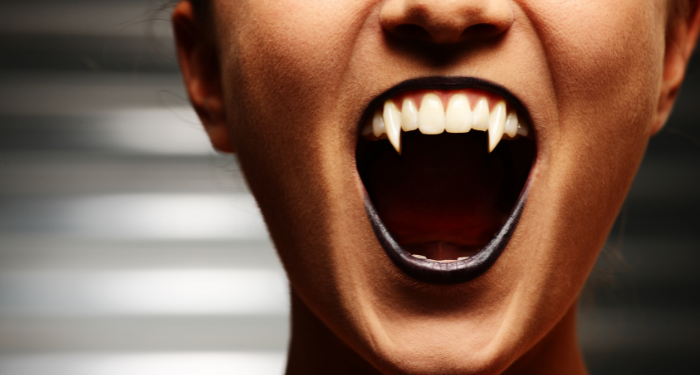 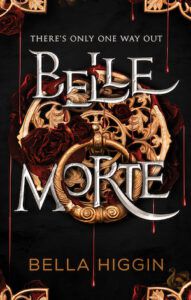 When Renie’s sister disappears within Belle Morte–one of five houses where vampires reside as celebrities and humans are living donors–she is desperate to find and save her. So Renie makes the ultimate sacrifice by becoming a donor. But the secrets of Belle Morte are more dangerous than she could have imagined. And she never expected to be drawn to handsome and enigmatic vampire Edmond Dantès. One thing is clear. Belle Morte has spoken. And it may never let Renie go.

Okay, I admit it. Ever since the Twilight book madness began, and team Edward or Jacob became quite the battle, I have felt secure in the knowledge that I am not the only reader obsessed with vampire stories. While my true introduction to vampire tales was with Anne Rice’s edgy and immersive book Interview With the Vampire, vampires and their stories have captivated readers and their interest for a long time.

Now, it’s 2022, and we are still obsessed with these blood-sucking creatures. In the world of young adult novels, the Twilight series led to quite the collection of paranormal books that followed, with both authors and readers eager to share their depictions of vampires and dig into new stories filled with drama, romance and suspense.

With that in mind, I’ve compiled a list of eight young adult books that have been released very recently that are sure to give you what you crave when it comes to vampires and their stories, as well as those who join vampires in the world of paranormal fantasy novels. So, set aside some space in your TBR and bookshelf for some reads sure to take you on an interesting adventure with bite. 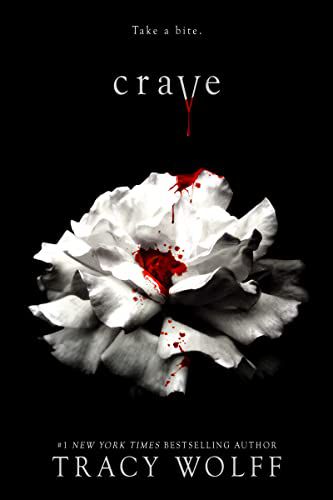 For those who loved Twilight, I highly recommend this series that features romance, intrigue and drama.

Crave was first released in 2020, and there are now three books that follow its story. It tells the tale of Grace, who is whisked away to Katmere Academy in Alaska following a family tragedy. There, she realizes she is pretty much the only mortal surrounded by otherworldly creatures and is struggling to fit in.

Suddenly, she meets the brooding and mysterious Jaxon Vega, who intrigues her, but he seems to hate her with full force. Jaxon is a vampire with secrets who has refused to feel anything for about a hundred years, closing himself off to the outside world. That begins to change with the arrival of Grace, and their sudden meeting will change the course of their lives.

Full of amazing characters and ups and downs, this book will have you eager to snag the sequels. 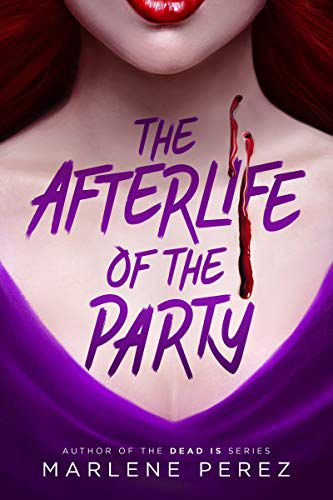 The Afterlife of the Party by Marlene Perez

This book is a fun romp filled with paranormal intrigue and a side of comedic moments.

It follows main character and California resident Tansey, who gets lured to a party in Hollywood by her bestie, Skyler. Yet, when she gets to the event, she realizes there’s something strange going on with the band playing. Turns out, they are vampires, and the lead singer not only bites Tansey, but he also runs off with Skyler after the show. Now, accompanied by her close guy friend and secret crush Vaughn, they go on an adventure to find Skyler. But, it also turns out that thanks to the bite, Tansey is now part of the afterlife. What’s a girl to do next, especially when she wanted to show her best side to her crush?

Filled with fun moments and fast-paced action, this book will make you want to pick up the next installment right away to see what happens next. 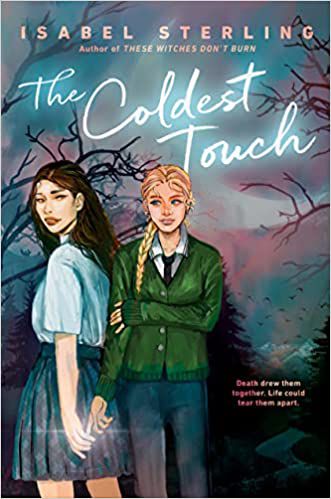 The Coldest Touch by Isabel Sterling

A story about queer vampires in high school? Yes, please!

The Coldest Touch follows Elise Beaumont, who is cursed with the gift that with every touch, she can find out how those she loves will die. After her brother’s passing, all she wants to do is get rid of this gift. Then there’s Claire, a vampire on assignment by the Veil to help Elise master her powers, known as Death Oracle. Elise finds herself not so sure about working with Claire, until she predicts the gruesome upcoming murder of a teacher. They also realize there’s another paranormal killer in town, and they must stop them at all costs. At the same time, they begin to harbor serious romantic feelings for each other that could destroy the mission’s intent.

Promising a lot of romance and intrigue, this looks like a fantastic book to pick up. 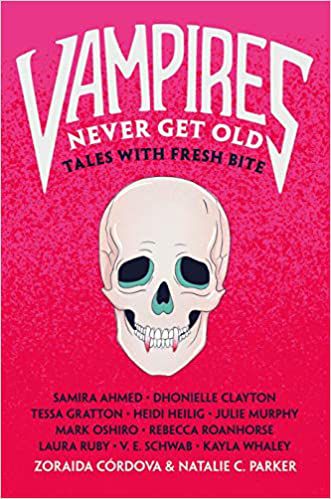 This anthology promises a great selection of stories following vampires that are sure to hook you in and keep you engaged.

Full of modern tales of vampires causing trouble on social media, vampires more interested in being rebels than seeking blood, and even vampires coming out, these stories are perfect for those seeking a unique quick taste of vampires in the form of a short story or two.

The way the book is set up as an anthology is fantastic, giving readers a chance to flip through the pages and pick stories with different themes, genres and backgrounds. 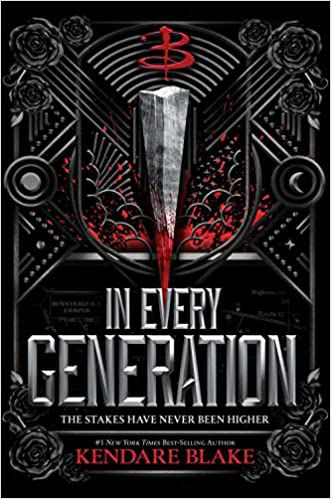 In Every Generation by Kendare Blake

Do you love the stories and characters behind the iconic Buffy the Vampire Slayer? Then, this book is for you.

The book follows Frankie Rosenberg, whose mother is Willow and aunt is Buffy. She was not around when the group saved Sunnydale by destroying the Hellmouth and saving the city and the world from First Evil. Yet, while Sunnydale has been quiet since, and Frankie just wants to survive sophomore year and understand her magical powers, the world has other plans for her.

Suddenly, Sunnydale is enveloped a deadly attack targeting slayers. Frankie then learns that it’s up to her, and her suddenly discovered strength, to attempt to save Sunnydale once more. This is definitely the story to pick up for Buffy fans and fans of vampire stories. 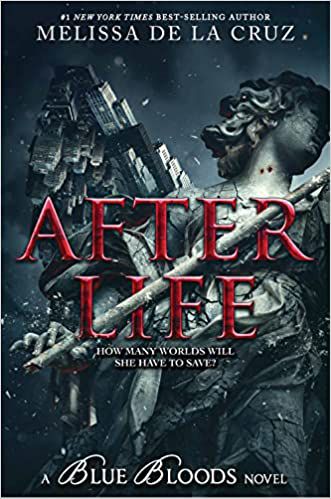 Do you love the Blue Bloods series? Well, do I have a treat for you! Melissa de la Cruz is bringing the vampires back in July 2022, and this is a new upcoming vampire book to add to your TBR and radar.

The novel follows Schuyler, who recently killed Lucifer and sacrificed the love of her life, Jack. One day, she suddenly wakes up back in New York. She is eerily safe, and it seems that New York is not the one she knows. Also, she’s in a different body, and everyone else seems different, too. Oh, and the love of her life, Jack, is alive in this world, and has no idea who she is. Turns out, she has woken up in a creepy alternate reality where Lucifer is alive as the mayor of New York and Blue Bloods are making humans come to clinics to take their blood. Worst of all? Jack is working with Lucifer here.

I cannot wait to see where this story goes, so I suggest all of you set aside space in your shelves for this July. 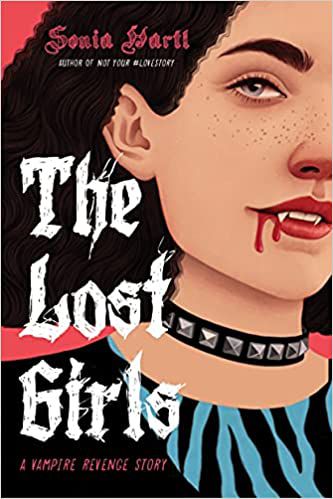 The Lost Girls by Sonia Hartl

This vampire story follows themes of revenge and romance, which I am sure you will all enjoy.

The book follows Holly Liddell, who let her boyfriend Elton turn her into a vampire in 1987. He broke up with her, so now she’s living in sketchy motels and working at Taco Bell, dealing with the curse of being forever young. For some reason, she’s also been following her ex from town to town, and one day she realizes Elton has many other exes that he turned into vampires before Holly was even born.

Seeking revenge, the exes decide to band together to find Elton and attempt to get rid of him, even if this means digging into their pasts, so he cannot turn any other young girls into vampires. Full of drama, intrigue and twists, this is a great vampire read. 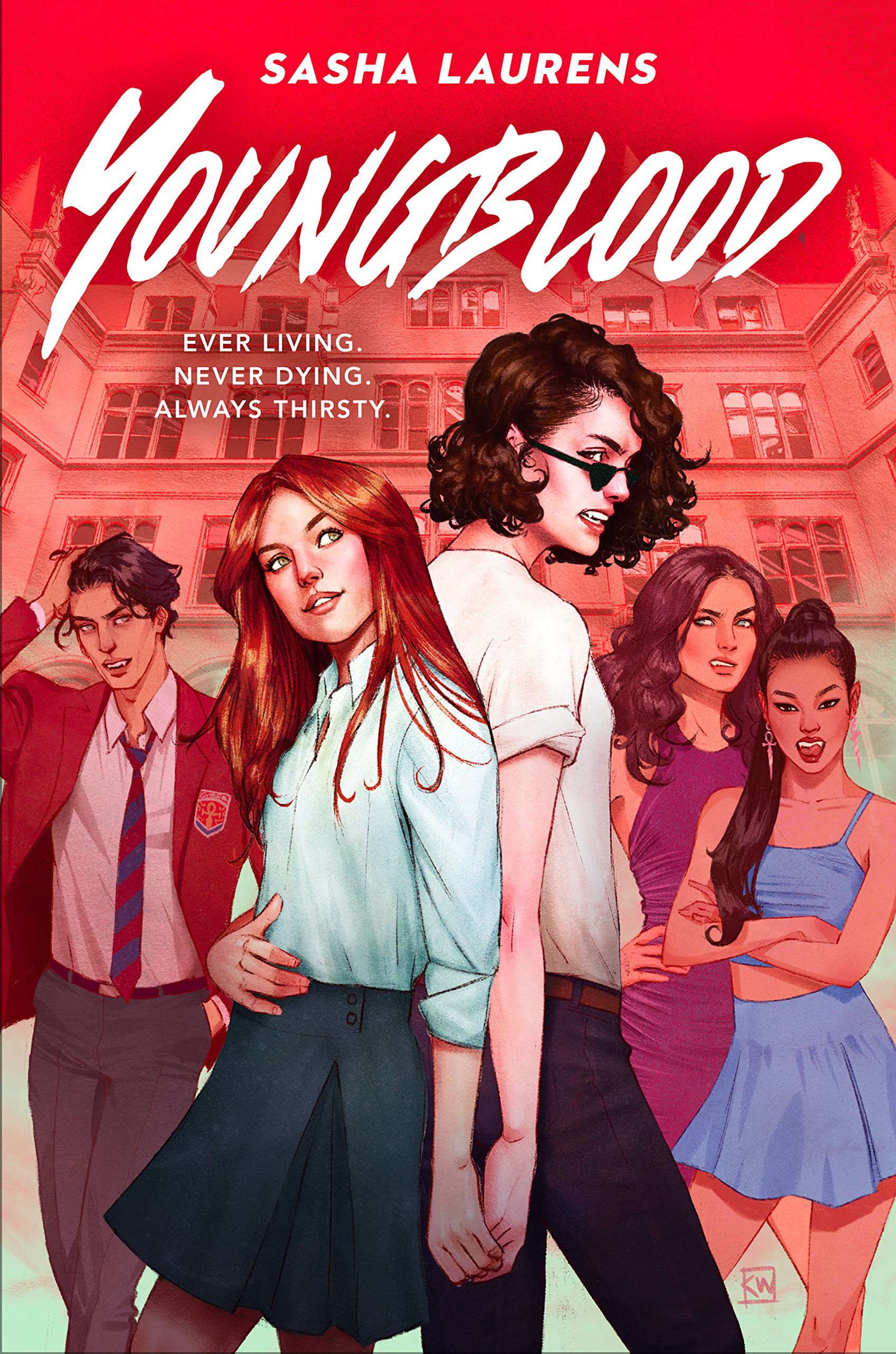 Another treat releasing in July 2022, this promises a lot of vampire fun laced in with dark academia elements.

The story follows Kat Finn, who can barely survive in the expensive human world with her mother. They must drink a pricey blood substitute to survive, because currently humans are infected by a virus that can kill vampires. Her life changes when she’s accepted into Harcote School, a fancy prep school where everyone secretly lives as vampires. There, she reconnects with Taylor Sanger, a wealthy vamp who becomes her roomie and used to be a close friend. Oh, and that friendship did not end well.

One day, Taylor finds the dead body of a vampire, and Kat makes a life-changing discovery within the archives in the school that goes back to the reason why vampires must survive on synthetic blood. They now must band together to see what’s wrong. I am so excited to pick this one up in July, and you should be as well!

What other teen vampire books do you love and look forward to reading? Let me know @AuroraMiami on Twitter. Happy reading!