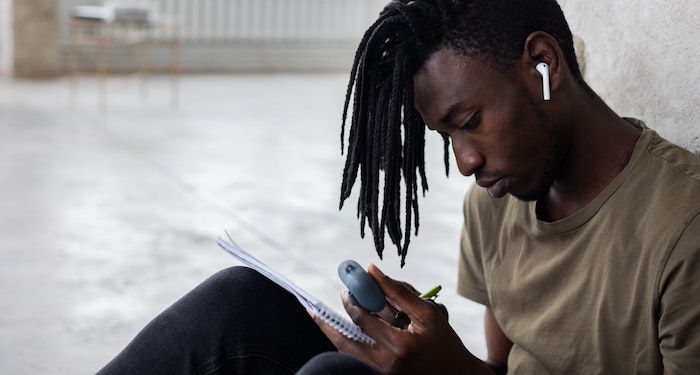 The problem with publishing is that it’s full of white writers. In the poetry section, poets like T.S. Eliot, E.E. Cummings, and Walt Whitman are always put on a pedestal — they are constantly being mentioned in films. Have you had enough of the same old poems from dead white poets? Are you on the lookout for new poets of color to read? Below are some best new poets, majority non-white, whom you may not have heard of.

Some of them have been publishing for several years but have not had enough coverage until now. Some are just starting to write in the genre. The majority of them are prize-winning poets, while others are thriving on Instagram. No matter: these best new poets demonstrate that they can really capture hearts and minds in just a few strings of words. 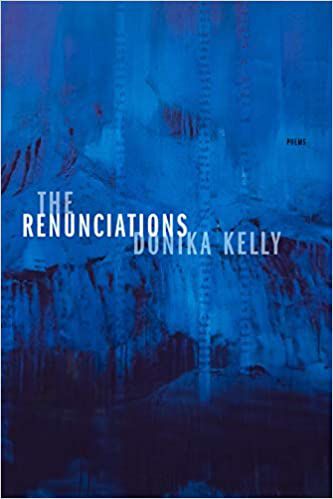 Kelly is the author of Bestiary, which won the 2015 Cave Canem Poetry Prize, the 2017 Hurston/Wright Legacy Award for poetry, and the 2018 Kate Tufts Discovery Award. Her poems have appeared in The New Yorker, The Atlantic, The Paris Review, and in other publications.

Her third poetry collection, The Renunciations, is poignant, personal, and lyrical. She’s now one of my favorite poets. Here are stunning verses from the poem “The moon rose over the bay. I had a lot of feelings.”:

The home I’ve been making inside myself started

with a razing, a brush clearing, the thorn and nettle,

the blackberry bush falling under the bush hog…

…I stood in the mud field

and called it a pasture. Stood with a needle in my mouth

and called it a song. Everything rushed past my small ears:

to get a hammer, I thought. About time to get a nail and saw.

Yousaf is an emerging poet from New Jersey. He has already published three poetry collections: Euphoria, Sincerely, and Prayers of My Youth.

His poems are mostly autobiographical and confessional in nature; they are also very accessible. 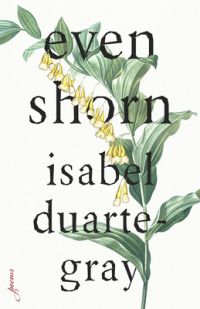 Duarte-Gray is currently a Ph.D. candidate at Harvard University. Her poems have appeared in The Colorado Review, Bat City Review, The South Carolina Review, december magazine, and elsewhere.

Her debut poetry collection, Even Shorn, got a starred review from Publishers Weekly. I wish it were a little bit longer, because at 98 pages, I find myself wanting more. Here are my favorite lines from the poem titled “Complaint” in Even Shorn:

what are bones that they can feel

be vexed for stillness

as the wind prepares

to choose the word most carefully

for rain the silty dread

when rocks will slither

down the mountain in a saffron

scarf the rags of hillsides pool

into a pillow for my dreaming there is comfort

to be taken when two dreads are parted

should I drown my couch in tears 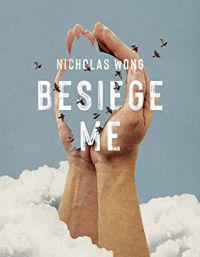 Wong is a poet based in Hong Kong. He is the winner of the Lambda Literary Award for Gay Poetry in 2016 for Crevasse.

In his second collection titled Besiege Me, he writes about the friction between China and Hong Kong. In an interview with Lambda Literary, Wong said that Besiege Me was born out of personal and political events in his life, mainly the recent happenings in Hong Kong and Taiwan, and also about his family.

Candrilli is recipient of a 2019 Whiting Award in poetry. They have written noteworthy poetry collections such as What Runs Over, 2017 finalist for the Lambda Literary Award in the transgender poetry category; and All the Gay Saints, winner of the Saturnalia Books Poetry Prize. Their third poetry book is Water I Won’t Touch, which is a very personal work.

Here are my favorite verses from the poem “Elegy for the Undead” from All the Gay Saints:

because they are too alive.

This is proven algorithm.

with a concaved lung.

There is a lesson

from those that refuse

to keep my tongue 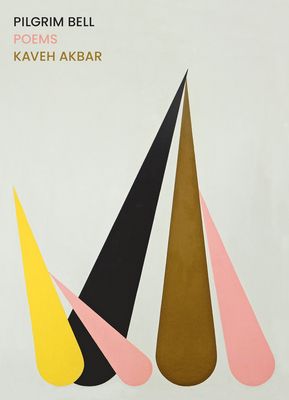 Akbar is an Iranian American poet. His works have appeared in publications like The New Yorker, The Paris Review, and The New York Times Magazine. He mostly writes about addiction.

He is the recipient of Pushcart and Lucille Medwick Memorial awards. Among his works are Portrait of the Alcoholic, Calling a Wolf a Wolf, and Pilgrim Bell. Here are my favorite lines from the poem “Pilgrim Bell,” off the collection of the same title:

How long can you speak.

Without inhaling. How long.

Can you inhale without.

…Today I answer only.

To my war name. Wise.

Salt. I can make.

A stone float off into.

The sky. I can make.

Have been awful to you.

I’ve given each one.

A number. When you’re ready.

I will ask you to draw me.

Victor has been writing poetry for some time now. Among her best collections are Natural Subjects, winner of the Bob Kaufman Award; Kith, a book of verse, prose memoir, lyric essay and visual objects; and Things to Do With Your Mouth.

She has been a Mark Diamond Research Fellow at the U.S. Holocaust Memorial Museum. Her tenth poetry collection titled Curb received a starred review from Publishers Weekly. 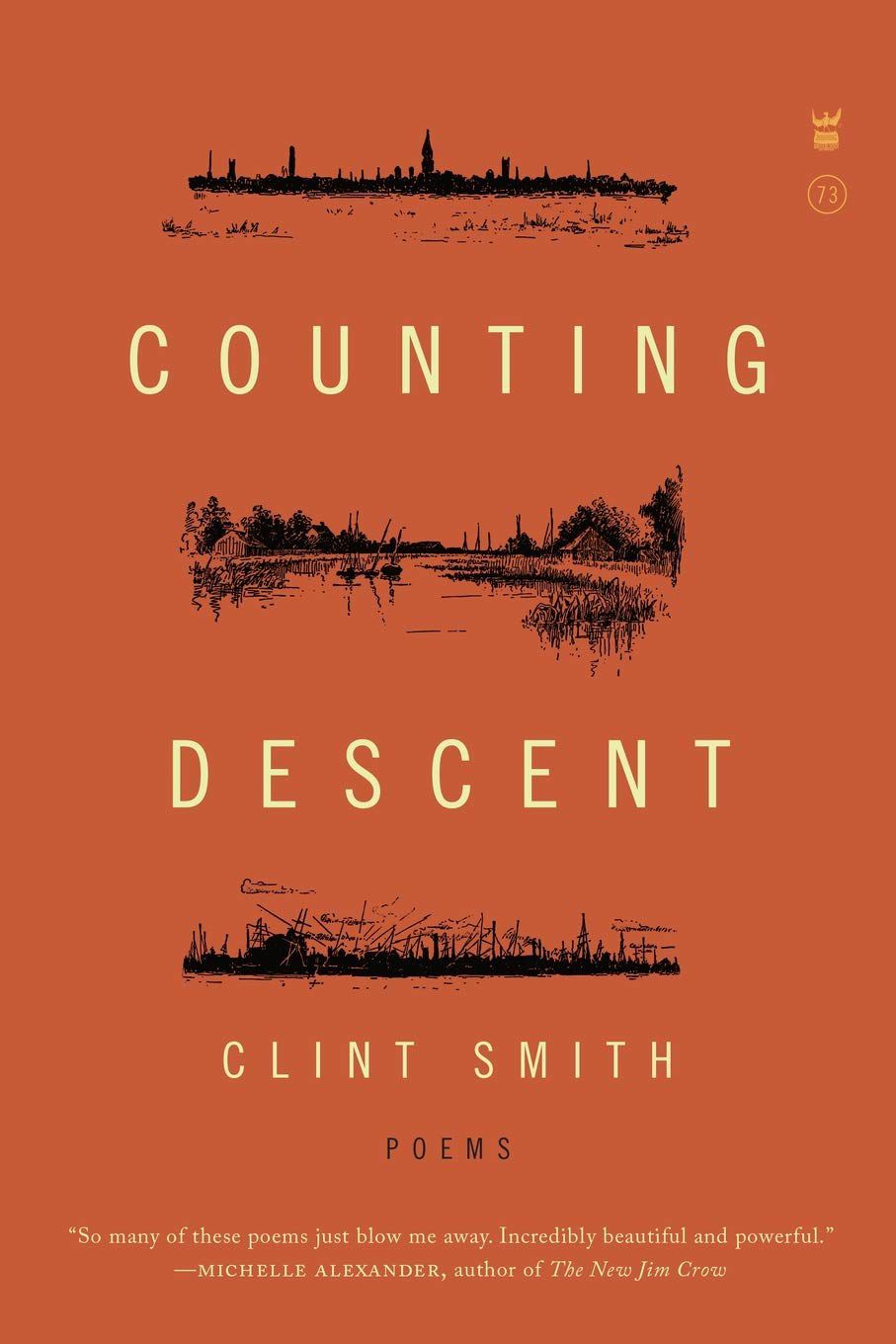 Smith is a staff writer at The Atlantic. He mostly writes poems about identity and politics. His debut poetry collection titled Counting Descent was released in 2017. Though it was published a while back, it gained traction during the Black Lives Matter protests in 2020.

Smith won the 2017 Literary Award for Best Poetry Book from the Black Caucus of the American Library Association. Here’s an excerpt from “what the fire hydrant said to the black boy” from Counting Descent:

…they say we both stay posted on corners

they say we both come with warnings

for others not to stand too close

but we both mind our own business

until people use us for things

we were never meant for

do you know what it means

for your existence to be defined

by someone else’s intentions?

putting a boy against the wall

have an easier time

of course you know

a mourning mother of a boy who thought

sending him to that school across town

have an easier time

but when they open us

until there’s nothing left inside

Lanuza is a writer from the Philippines. Though she is mostly known in the romance genre, she also writes poetry. Her self-published collection The Last Time I’ll Write About You was picked up and rereleased by independent publisher Andrews McMeel Publishing. Her other poetry titles are This is How It Starts and You Are Here.

Lanuza’s fourth poetry book is I Must Belong Somewhere: Poetry and Prose, in which she contemplates a lot of subjects such as mental health, bullying, and sexism, among others. The poems from the said collection appear to be untitled.

Here’s an excerpt from the 22nd entry:

How do you carry

the guilt of leaving

…You hold on and pull them up,

but the weight, even for you,

You strain your muscles—

You get that resigned look,

They will let you go— 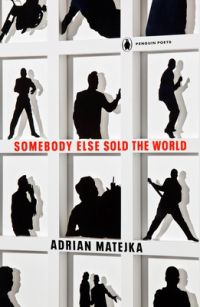 Matejka is the first African American to be a Poet Laureate in Indiana since 1985; he held that title from 2018 to 2019. He mostly writes about race and identity.

Among his poetry collections are The Devil’s Garden; Mixology; The Big Smoke, a finalist for the National Book Award and Pulitzer Prize; and Map to the Stars. His fifth collection is Somebody Else Sold the World.

Here’s an excerpt from “Where to Begin” in Somebody Else Sold the World:

…my chest is cresting inside its loosed-limb protest.

There’s my cold-pressed undress over there, adjacent

to anything practical. I can’t wait to lick all of it

off of you with my mediocre metaphors. Just like

yesterday’s surprises, it’s past my time to shine.

Meanwhile, Friends in other countries have been out

in their damp streets for months echoing in concision.

They’ve bundled the back-in-the-days at the end

of a stick, then over one shoulder for the prolonged

procession. & then there’s us, spinning in place

like the last platinum record in the stack. & then

there’s us, caught up in America’s slacking atrium.

I hope that the aforementioned best new poets in this century satisfy your poetry cravings. If you find yourself speeding through all of their works, don’t worry, as your way of reading is perfectly valid.

And in case you get lost with all the terminology used in those books (because poets use figurative language), we’ve got you covered!