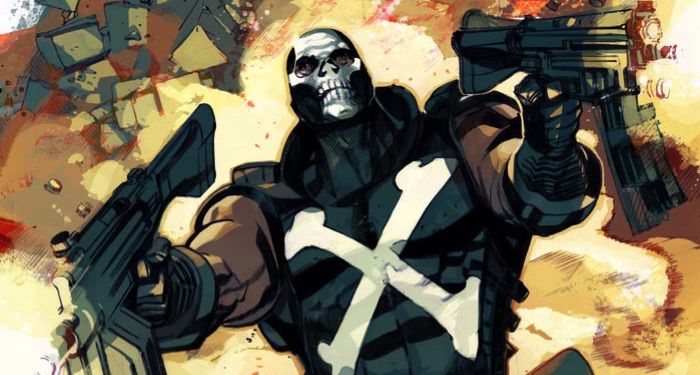 The best Marvel heroes are often ones who are matched with the best Marvel villains. Sometimes it seems like heroes get stuck with villains who are created from a stock set of evil qualities and sinister (though awesome) powers. This got me thinking about some of the most complex and underrated characters in the Marvel universe: the Marvel villains without superpowers. By superpowers I mean the fantastical or extraordinary capabilities that are naturally present in a villain. These superpowers are different from the tools, devices, and enhanced human capacities that are acquired and developed for evil purposes by the villains in this list.

Marvel villains without superpowers tend to be human beings who draw on a combination of hard work, natural ability, emotional trauma, personal intellect, and (sometimes) the unexpected effects of a scientific accident for their nefarious activities. The humanly qualities of these mortal, ruthless characters make them more terrifying than their superpower-charged counterparts. These Marvel villains tend to be evil by choice, whether driven by jealousy, a quest for power, or unadulterated hatred. They are also vulnerable to some of the same physical injuries and emotional pains as the people they inflict harm on. Their disregard for their own lives makes them especially disconcerting.

Brock Rumlow, otherwise known as Crossbones because of his armour and helmet, is the worst best Marvel villain. Readers first met him as a villain to Captain America, a mercenary, marksman, and fighter who will take on any target with complete disregard for life. After training with Taskmaster, Crossbones joined the Red Skull, the villainous Nazi. In the Red Skull’s service, Crossbones completed many assassinations which also led to several run-ins with Captain America and other superheroes. Although he doesn’t have any unique skills, his general capabilities and leadership qualities make him very dangerous. Crossbones carried out the assassination attempt on Captain America following the events of Civil War. He also managed a branch of the criminal organisation A.I.M., as well as the Skeleton Crew, a group of Neo-Nazis who follow Red Skull’s ideology.

One of the most unnerving traits in a villain is a messed-up conviction in their own so-called just purpose. William Stryker is next on this list of best Marvel villains without superpowers for bearing this unstable quality. Stryker is a former military man with a deep hatred for mutants. He kills his wife and newly born mutant son, and takes these events as divine signs to make destroying all mutants his mission. Stryker turns fanatic and manages to convince many others to join his crusade. He has been responsible for several atrocities against mutant-kind and even non-mutants who stand in his way. His scary ability to motivate (brainwash?) others has resulted in the X-Men teaming up with their long-time rival Magneto to stop his schemes. Stryker initially only appeared in one Marvel comic, God Loves, Man Kills, which inspired the plot for the 2003 X-Men film sequel plot. Since the film, he has appeared in several comic titles and particularly in the events following the “House of M” saga. Stryker’s willpower and rhetoric make him an effective Marvel villain character.

Quentin Beck or Mysterio (AKA the silly fish-bowl head) was a talented stunt man and special effects specialist before he became bored of his Hollywood career. He also didn’t take well to not receiving praise or recognition for his efforts. Instead of trying a side-hustle or meditation, Mysterio chose to redirect his energy and time towards a career in crime. Mysterio has mostly had run-ins with Spiderman, though he has also battled Daredevil, using digital manipulation and mind tricks to destroy the lives of those closest to Daredevil. Mysterio’s pride is generally his greatest downfall: he hates to not be taken seriously and has often let simple insults get the better of him. Notwithstanding his superpowerless identity, Mysterio’s intellectual capacity for well thought out evil strategies makes him one best Marvel villains without superpowers.

Yelena Belova is an expert spy and master assassin who at a young age became the second Black Widow, following in the footsteps of the first Black Widow, Natasha Romanoff. Like Romanoff, Belova was a student of the Red Room where she exceeded her predecessor’s performance. Belova constantly interfered in Romanoff’s missions and often put others at risk in order to lay claim to the title of the best Black Widow. Her selfish acts and sly moves make her one of the best Marvel villains without superpowers. While she has had moments as a hero character undertaking work for S.H.I.E.L.D, Belova readily switches sides to suit her personal agenda. In addition to serving as a Russian agent, Belova briefly fights on behalf of Hydra and serves on the High Council of the evil A.I.M. As a merciless spy and untrustworthy ally, Belova is an altogether problematic opponent. Readers can hope to see Belova on screen in the upcoming Black Widow movie.

Doctor Otto Octavius is a nuclear physicist who turned to the life of crime after an experiment which went wrong had a permanent effect on him. “Doc” invented highly advanced mechanised arms that were resistant to radiation, and after an unfortunate explosion these tentacle-like arms were fused to his body. The experiment enabled him to control his arms with his mind but also had other adverse effects. These led him to become evil in order to further his research. Included in Doc’s evil acts is his participation in the formation of the Sinister Six. You might be thinking that Doc is probably not an immediately apparent candidate for this best Marvel villains without superpowers list. However, it is worth noting that that he continues to have a physically weak body even after he is sutured to the machine arms. Doc’s tools of technology and his smarts become amplified after the experiment, but in many ways he stays quite human. His insecurities sometimes betray his humanity, revealing the man he once was. His character has developed interestingly over time and he is often represented through a sympathetic lens.

Erik Killmonger has risen in comic villain popularity over the last few years following the outstanding portrayal of this character in the 2018 MCU film Black Panther. In the comics, Killmonger was born as N’Jadaka in Wakanda before he was exiled. As a young boy he grew up in America with a deep hatred for the Wakandan monarchy, blaming them for the death of his parents. Once he returns to Wakanda, he makes several attempts to overthrow T’Challa, the Black Panther superhero, and replace him as king of Wakanda. Killmonger is a merciless character with an unwavering vendetta. In addition to graduating top of his class in MIT, he has trained in various fighting styles and is a skilled tactician. He is so good in combat that Black Panther has never beaten him without the help of external force. The character has been excellently presented by Ta-Nehisi Coates in the writer’s Black Panther run, and by Bryan Edward Hill in a recent Killmonger miniseries. This character is becoming more epic and more menacing as he develops—he is undoubtedly one of the best Marvel villains without superpowers.

Unlike many of the other characters on this best Marvel villains list, Bullseye does not have a dedicated mission or cause—he’s a brand of villain we could characterise as psychopathic. Bullseye takes gruesome pleasure in harming others. He also happens to be good enough at his evil deeds to get paid for them. He is especially skilled at throwing random items at a target, harnessing any potential these items might have to act as a deadly weapon. Bullseye often gives different versions of his back story and so apart from having an abusive father not much else is clear about his personal life. Bullseye tends to serve as a hitman for the highest bidder, but he is also frequently employed as a Daredevil villain. In one well-known Marvel comic scene Bullseye kills Elektra, Daredevil’s then partner, and while working with Mysterio in another comic, Bullseye kills Karen Page, another one of Daredevil’s love interests. Although he has no superpower-like enhancements, Bullseye’s fighting skills, expert marksmanship and indifferent bloodthirstiness make him almost the best Marvel villain without superpowers.

Wilson Fisk, better known as the Kingpin, is one of Marvel’s best villains. Kingpin is the crime boss of New York City. He has confronted the likes of Spiderman, Daredevil and the Punisher, using his expertly trained fighting skills, natural strength and imposing frame to beat these heroes. But beyond his strength, Fisk’s most powerful asset is his mind. He has an unsettling ability to find weaknesses in people and uses these to his own advantage. These characteristics have seen Kingpin work his way to the top of New York’s criminal food chain while keeping his public reputation as a businessman intact. He even managed to get elected as mayor where he outlawed vigilantism! His resources have also given him control of some of Marvel’s most dangerous villains, including Bullseye and Elektra. He has both fought and worked with Hydra and other criminal organisations. Kingpin doesn’t explicitly want to take over the world but could casually take over the world if it gets him whatever he does want. Because world domination isn’t his first priority, he doesn’t always have the attention of superheroes and can continually get away with murder and other evil unchecked. The very human aspects of this character and his evil parts make him the best Marvel villain without superpowers.