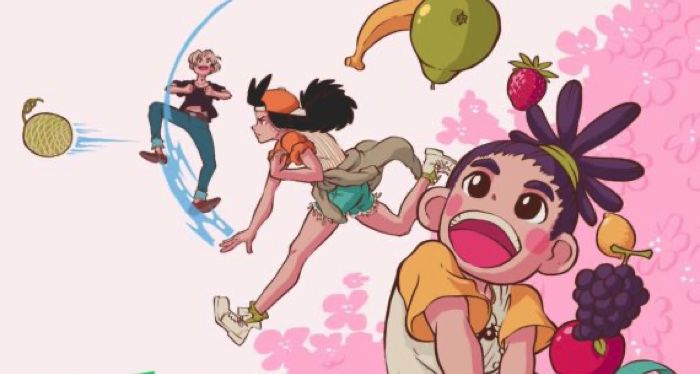 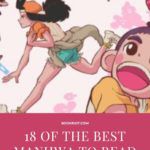 Manhwa became a sort of escape for me—fun, colorful, interesting stories that take, sometimes, over 150 chapters to give you that much-awaited conclusion. You can spent a lot of time reading just one, you see, so manhwa are perfect for calm, uninterrupted days. Most of the times they aren’t completed yet, so there is a lot of waiting for next chapters. But what I love to do whenever a new chapter releases is, uh, reread the whole thing again? These best manhwa are entertaining and powerful stories that won’t let you stop reading until you are either caught up or completed the whole thing. 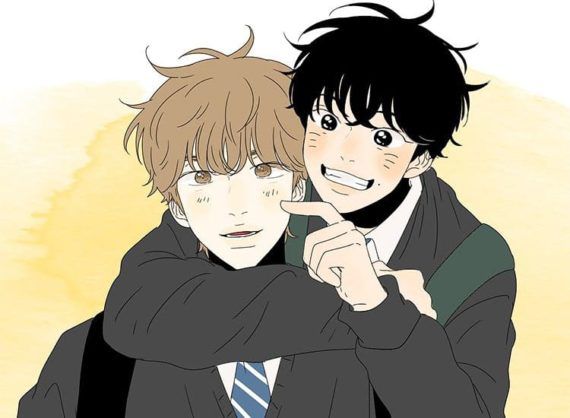 Heesu in Class 2 by Lily

Heesu has a crush on his best friend, Chanyoung, but knows that nothing is going to happen. He doesn’t mind hearing his friend’s girl problems or cheering him on. But then one day, Heesu hears that there is a rumor about him! “Got a love problem? Find Heesu from Class 2 and he’ll tell you what to do!” He’s about to become the center of attention for the first time in his life.

Secret crushes are that little something that you keep to yourself. You know that your crush isn’t going to become a reality, so you only think about that person and become happy with only the thought of them. But what happens when you find out that that person also has a crush on you? That they actually are in love with you and share a mutual love!?

Something About Us by Lee Yunji

If you are into the best friends–to-lovers trope, Something About Us might be the manhwa for you. They have always called themselves the best of friends, but some people are not convinced. Their relationship has something deeper that is hard to describe. These two friends and their college experience will grab at your heartstrings very quickly. A slow burn for the ages! We also love consent in romance and this manhwa does it very well.

Bo-eun just got herself a new pet friend: a cat named Dallae. But Dallae comes and goes, never staying for long. Meanwhile, Bo-eun is having recurring dreams about a missed high school friend Saeyeon. Oddly enough it was around that time when Dallae started showing up. All the characters in this manhwa are hiding secrets from each other.

One day a shy, geeky girl decides to watch a lot of beauty videos to learn how to do her makeup. With that, her social standing grows and she becomes very popular! But is everything going to be alright? What if someone finds out her “real self” is very different from the one she shows on social media?

When Sung-eun bumps into her charming and handsome neighbor, Eun-sung, things start to happen. They find out they have more in common than just sharing a very similar name. Like they also share a major and so many classes. But also they are sharing the same housing. Living so close together, secrets are revealed. What could they be hiding? 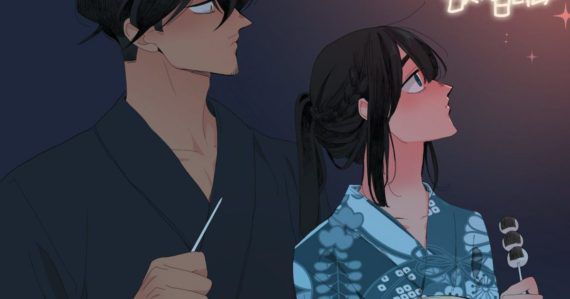 The Lady and Her Butler by Jade

Sooha doesn’t need a man in her life. Her mom calls her about boyfriend problems, everyone is trying to set her up, and she’s not having it. But when a homeless man offers to clean her house and cook in exchange for temporary housing, Sooha surprisingly says…yes?

This manhwa has no dialogue, but as you know, the eyes are the windows to the soul. I definitely think this applies to the art of this work. Every single aspect, color and action is heightened to the max. It’s wonderfully done and I loved every second of this story. 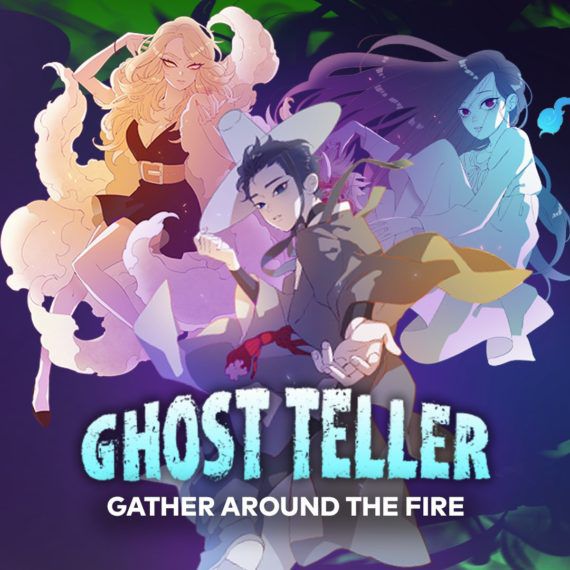 A collection of different stories told by ghosts. The art style is simply gorgeous and wonderful as you can see in the image. But also the storytelling will captivate you for such a long time. It’s like those stories told at a camp fire about ghosts, but these are actually narrated by these same ghosts.

On the first day of school, Gamin sees something unbelievable: one of his classmates, a girl named Izzy, just performed magic. Izzy wears a strange necklace and always carries an umbrella with her even though it won’t rain. From that day, his life intertwines with hers, her magic, and her enemies. 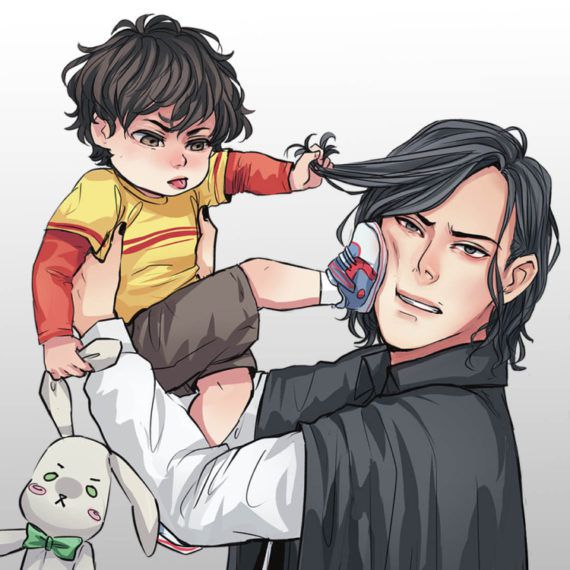 The Demon Babysitter by Aanchal Budhiraja and blau

When single mother Yuki Rin summons a demon in her kitchen (with a little bit of blood), he offers her three wishes. Anything she wants, money, power, or fame, he can grant it! Her first wish? She wants him to be her 3-year-old son’s babysitter. The only way to break this contract is by tasting her blood. But with her consent.

This down-on-her-luck student doesn’t get a single break! She ran out of money and is slowly running out of hope. That’s when the devil makes his entrance. “I’m the devil who’s come to save you.” Or so he says. He’s desperate for her to sell her soul to him, but she isn’t ready to part with it just yet. Now she’s working a part-time job at his new coffee shop while he’s trying all the tricks to convince her that she can have it all. 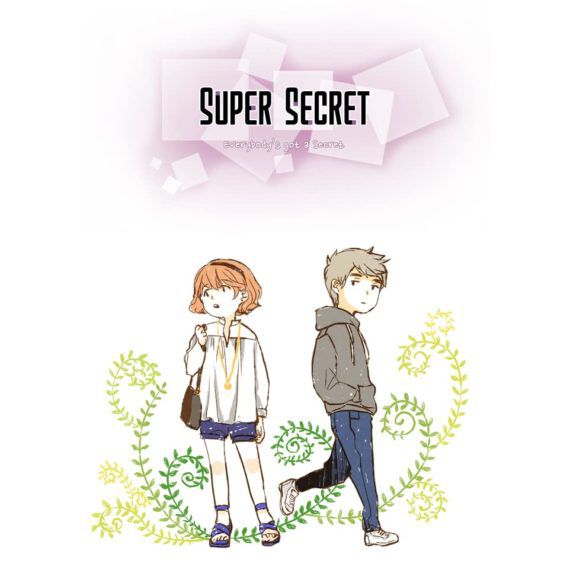 A hilarious tale of friendship and romance where supernatural beings are living next to you. Emma and Ryan have been best friends since childhood, but also live next door. Emma is a very clumsy girl who needs someone who takes care of her. Fortunately, Ryan and his family are always there for her. But what Emma doesn’t know is that they’re all supernatural beings! And Ryan? He is a werewolf.

Swimming Lessons for a Mermaid by YONGCHAN

A cute fantasy manhwa that also features an adorable romance between a mermaid who cannot swim and the star of the high school swim team! When he finds out her secret after falling inside a pool and turning into a mermaid, he offers her free swimming lessons.

Tower of God by SIU

Climb the tower, get your wish. Each level of the tower brings new puzzles and missions and Baam, the protagonist, is ready to beat them all, to get to the top. 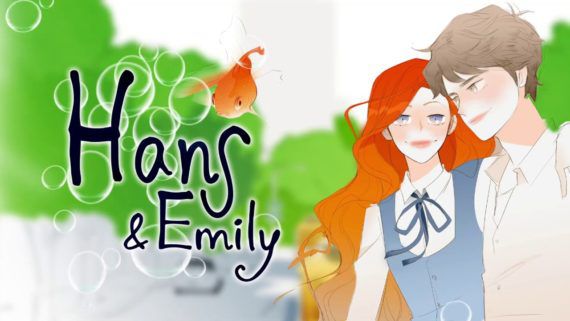 Hans and Emily by Jihyo Kim

A completed fantasy romance manhwa to enjoy on any kind of day. The art detail in this is wonderful and I completely adored this story. When Hans, a student from Korea, gets a goldfish for a friend, he never thinks that same goldfish will talk to him. He finds out the goldfish is a princess from another land, cursed as a fish until she is pricked by a dodo bird feather.

Vampires have always been popular! Noblesse is the story of Cadis Etrama Di Raizel, or Rai, a vampire who suddenly wakes up from his 820-year slumber and finds himself in modern Korea. He starts his new life as a high school student (trying to adapt and learn everything!) where he meets his loyal servant again, Frankenstein, now the high school’s principal. But these peaceful days of school life are soon going to come to an end when a secret organization decides to attack. 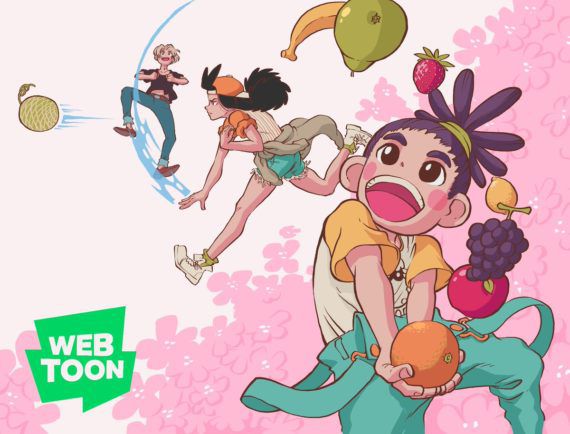 With a such a great concept, Plum is about, well, fruit stacking. It’s so popular that it became a very well-known sport in this world. Our protagonist, a young boy named Plum, wants to become the world’s best fruit stacking champion. And everything begins in Apple Seed City, the home of the beloved sport itself.

Once you’re done with these reads, you might be in the mood for some manga, comics like SAGA, or graphic novels for the lovers of The Expanse. We have something for each and every one of you so the comics tag is your friend!