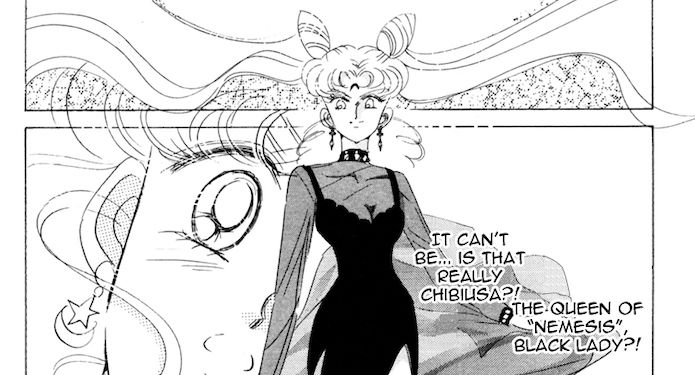 Anime fans know that the 1980s and ’90s were a veritable golden age for manga. Some Japanese comics that began in those halcyon days — like One Piece and the endless procession of Dragon Ball manga — are still running today. Others, such as Yu Yu Hakusho and Sailor Moon, remain beloved by fans decades after they first appeared. For your retro reading pleasure, I’ve compiled a short list of the best story arcs from manga’s golden age.

For simplicity’s sake, I’ve defined “the golden age of manga” here as “manga that debuted between 1980 and 1999. That’s a wide swathe of Japanese comics, and perhaps a tad too narrow, since it excludes both Urusei Yatsura and Chobits — two titles that most manga fans would agree came out of the golden age. But I have to draw the line somewhere, so do forgive me for excluding any of your favorite titles.

If you haven’t read the titles on the list below, be forewarned. Although most of the manga story arcs on this list happen early on in their respective titles, there’s still some degree of spoilage here. I try to keep huge plot revelations to a minimum, but it’s impossible to talk about some of these arcs without giving away some pretty critical details about the series involved.

Inuyasha creator Rumiko Takahashi’s comedy ecchi manga series centered on a teenage boy cursed to change into a teenage girl whenever he’s doused with cold water. No matter what his body looked like, though, Ranma Saotome was always ready, willing, and able to throw down in a martial arts showdown. Given the series’ wacky nature, Ranma frequently wound up participating in competitive challenges done martial-arts style. One of the earliest of these was martial arts figure skating: a competition that saw Ranma and his fiancée Akane hitting the ice to win Akane’s pet piglet, P-chan — who happens to be Ranma’s similarly cursed rival, Ryōga — back from a childish figure skater and her handsome partner.

Sailor Moon mangaka Naoko Takeuchi introduced the second major arc of her wildly popular shōjo manga by adding an all-new character to the mix: Usagi and Mamoru’s daughter, the annoying-as-she-is-lovable Chibiusa. Of course, it wasn’t all fun and games for the pint-sized sailor scout. Chibiusa’s timeline-hopping eventually led to her becoming lost in time and brainwashed by one of the series’ worst villains, turning her into Black Lady: a villainous, grown-up version of herself with a major — and majorly unsettling — Electra complex.

Whether you love him or hate him, you have to admit: Tony Tony Chopper is the mascot of One Piece. Believe it or not, the tiny reindeer-man doesn’t actually show up until the Drum Island Arc — more than 130 chapters into Eiichiro Oda’s beloved manga series. That same arc sees Luffy face off against Tin Plate Wapol, a pirate king whose consumption of the Baku Baku Fruit — or Munch Munch Fruit, in English — allows him to transform parts of his body into the things he eats. You know, like houses. Or cannons. As One Piece‘s absurdity goes, the Drum Island Arc may be pretty tame, but it more than makes up for that with story progression and ridiculous action.

We can’t talk about the golden age of manga without taking a look at one of the most recognizable and influential series out there. Akira Toriyama’s Dragon Ball and Dragon Ball Z anime served as many millennials’ introduction to Japanese animation. The manga is just as goofy, action-packed — and, yes, perverted — as the TV shows you know and love. Dragon Ball Z‘s Perfect Cell Saga was just one arc in a lengthy drama that saw Goku, Vegeta, and the rest of Earth’s protectors face off against Dr. Gero’s powerful creations: Android 15, Android 16, Android 17, and Cell. By the time the green transformer reached his Perfect form, Goku had already taken his eldest son, Gohan, into the Hyperbolic Time Chamber for a year of intense training, giving Vegeta and the time-traveling Future Trunks the opportunity to take on Cell. The Perfect Cell Saga wasn’t the end of the Saiyans’ battles with Dr. Gero’s creation, but it contained some of the best fights and character development to be found in Dragon Ball Z.

I know, I know, you’re thinking two arcs from the same manga might be a bit much. Well, the fact is that Ranma 1/2 itself is a bit much. After freeing P-chan from his kidnappers, Ranma and Akane are targeted by Kodachi Kuno: the leader of a nearby private school’s rhythmic gymnastics team, who wants Akane and her teammates eliminated before their upcoming match. Much like her older brother, Tatewaki, who hates Ranma but is very much in love with his female alter ego, Kodachi falls in hopeless, homicidal love with the boy hero, all the while hating his other self’s guts. Still, Kodachi will stop at nothing to bring home the rhythmic gymnastics title for her school, even going so far as to attempt to maul her opponents with weapons hidden inside her gymnastics equipment.

Mineko Ohkami’s Dragon Knights never got the mainstream coverage of other golden-age manga. That’s a real shame, because this series’ Revival Arc remains one of the most nail-bitingly tense stories ever told in Japanese comics. In it, the Dragon Knight of Fire, Rath, becomes part of a gruesome plot to restore the Dragon Lord Lykouleon’s biggest enemy, Nadil, to life. His job? To cut off his own head to make room for Nadil to be resurrected. In spite of the gore involved, the Revival Arc managed to reveal, tenderly, how the rest of the cast felt about Rath, even as fans were forced to watch the lovable-but-brooding Dragon Knight die.

Every shounen manga worth its salt needs a good tournament arc, and it doesn’t get much better than Yu Yu Hakusho‘s Dark Tournament Saga. Spanning 61 manga chapters, this story arc finds Yusuke, Kurama, Hiei, and Kuwabara fighting for their lives against team after team of demons. It all leads up to Yusuke’s final match-up with Younger Toguro: the incremental fighter itching to use 100% of his power against the young spirit detective.

Want to see more manga content? Check out this list of One Piece read-alikes! And if long series are your thing, consider swapping out old volumes for manga 3-in-1s.