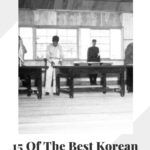 Sometimes what history class teaches us just isn’t enough. I know that for me, the Korean War was little more than a chapter in a history textbook. Thankfully, there are plenty of supplemental materials out there for those who want to educate themselves. Though this war only lasted three years (from 1950 to 1953), its massive impact on the United States, North and South Korea, and the world still reverberates today. Dive in with some of the best Korean War books below and get learning!

Note: There is, unfortunately, a dearth of women writers with books published on this subject, and so this list is not as inclusive as I’d like. 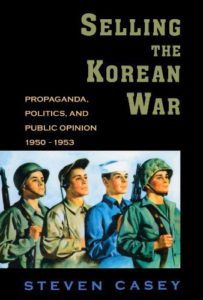 Selling the Korean War: Propaganda, Politics, and Public Opinion in the United States by Steven Casey

It’s much easier to fight a war when the public supports it. American leaders knew this and worked hard to present a clear-cut, victorious picture of what was going on in Korea to garner support. After World War II, where the American victory was obvious and its moral standing was unambiguous, the public needed coaxing to buy into the idea of this one. This book goes in-depth in explaining exactly how this occurred through propaganda, politics, and more.

Brothers at War: The Unending Conflict in Korea by Sheila Miyoshi Jager

Sheila Miyoshi Jager makes the effort to present a comprehensive history of all sides and perspectives in a war misunderstood by many. Starting all the way from World War II, this book tracks the history and impact of the Korean War to the present day. It offers nuance and complexity where others don’t—a must-read for aficionados of the subject. 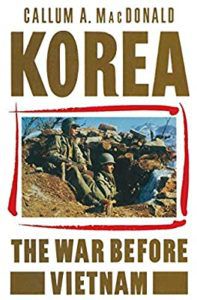 Korea: The War Before Vietnam by Callum MacDonald

Complete with photographs from the era, this text claims to be “the most unbiased examination” of the war. Considering every author has a specific background and political viewpoint, I’m not sure any book can be truly unbiased. However, history experts widely revere MacDonald, so it’s a good place to start. This one offers more of an eagle eye view, rather than an intimate look at soldiers or citizens during the time.

The Hidden History of the Korean War by Isidor Feinstein Stone

This is an exhaustive account of the war, concerned with exposing the truth that other official accounts have hidden. By shedding new light on certain events, this “nonconformist history” book offers another perspective on highly contested years in history. I.F. Stone also has more books in this series, including some on the Truman Era and the 1950s as a whole. 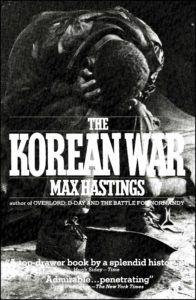 The Korean War by Max Hastings

Next, we have the book that always appears on these best-of lists. Max Hastings’s eloquent prose and compelling accounts compose this riveting history of the Korean War. The coolest thing about this book is its use of personal, intimate interviews with veterans and citizens to paint a complete picture of the time. Honestly, I’m so thankful for history texts that are actually readable. Learning history is vital toward creating a better future. Making history books impossible to slog through just helps people remain ignorant about the past.

The Coldest Winter: America and the Korean War by David Halberstam

This comprehensive expose took author David Halberstam nearly a decade to write. When you read the book, you’ll see why. Expansive portraits of major players in the war, explorations of narratives on both sides, and factual reporting to the tee. Offering no easy answers, this one will make you sit with the facts and think. 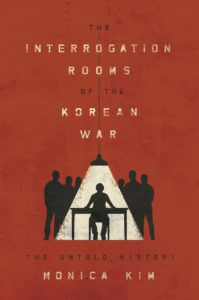 The Interrogation Rooms of the Korean War: The Untold History by Monica Kim

This recent release delves deep into a new kind of battlefield—the interrogation room. Kim discovers how the Korean War was over territory, yes, but also over the human subject. The latter fight occurred often in these rooms, where politics, allegiance, propaganda, and more come into play. 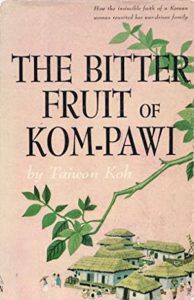 Though hard to find now, The Bitter Fruit of Kom-Pawi is a fantastic primary source. A memoir published in 1959, it offers plenty of cultural details and insight that are still used today in research. (Though be warned, it is a little didactic, often pushing a Christian agenda to its readers.) The author was a mother separated from her children and husband during the war, working to find her way back.

The Kinship of Secrets by Eugenia Kim

This fascinating novel traces the lives of two sisters: one raised in the United States and one in South Korea. War breaks out and separates the girls, leaving Miran to grow up in a stable American suburb and Inja to grapple with a war-torn land. Inspired by a true story, this novel exposes the cruelty of war and the bond of family despite it all. 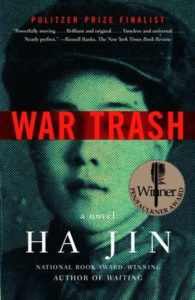 This Pulitzer Prize finalist provides a voice to those we don’t often hear from in common Korean War books—Chinese soldiers held in U.S. war camps. Ha Jin speaks for these prisoners of war through character Yu Yuan, a prisoner who speaks English. The U.S. soldiers make him into a makeshift translator, communicating between his fellow prisoners and the soldiers keeping them there. This is an ambitious novel exploring empathy, allegiance, and more.

The Surrendered by Chang-rae Lee

By this point, Chang-rae Lee is a critically acclaimed author, as critics generally rave about each of his novels. It’s no different with The Surrendered, a tale of love and war in Korea. The Korean War left June Ha orphaned and left GI Hector Brennan in an unfamiliar country expected to fight to the death. Their lives collide during the conflict and they reconnect thirty years later, when a plot threatens to upend all they know. 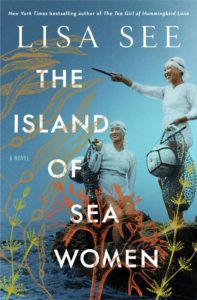 This novel follows Mi-ja and Young-sook as their lives intertwine in their village’s women-only diving collective. Set on the Korean island of Jeju, it traces their bond through Japanese colonialism, World War II, and the Korean War. They have great differences due to their respective backgrounds and family legacies. However, they grow close still, straining to remain friends during world-altering events like war and occupation.

Traumatized by war, Haemi Lee only finds solace in the refugee camp by talking with her childhood friend Kyunghwan. But circumstances pull them apart as Haemi Lee grows older and must decide what is best for her family and future generations. Conflicting and passionate, this work of historical fiction is a stunning debut that showcases refugee life during the war. 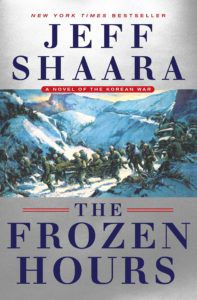 The Frozen Hours by Jeff Shaara

Often considered a “master of historical fiction,” Jeff Shaara chooses the Korean War as the setting for one of his latest books. This novel retells a standoff between Chinese and American forces in 1950. It uses multiple points of view, including a famous American general, an American private, and the commander of the Chinese forces. Blending fiction and reality, this is a stirring dive into the war on the ground.

The Guest by Hwang Sok-yong

This book is so controversial that one of my peers in undergrad wrote her entire thesis about it. Based on true events, this book surrounds a brutal massacre that occurred during the war. Lasting 52 days, many Koreans remember it as an act of aggression from American forces. The author of this book, however, argues that it was actually the result of inter-Korean violence. I can’t speak to who is right, but this book made waves, challenging a dominant narrative for a whole country.

For those looking for information about other wars, like Vietnam for example, be sure to check out this post. Or maybe you’re into history books in general? Then read this list of the best history subscription boxes around. And while lists like these are great for finding new books, sometimes personalized recommendations are better.

If that sounds good to you, be sure to explore TBR, Book Riot’s own personalized book recommendations. You tell one of our Bibliologists everything you’re looking for in a good book, and we handpick titles for you! There’s an option for digital recommendations or you can get hardcover books shipped to your door.