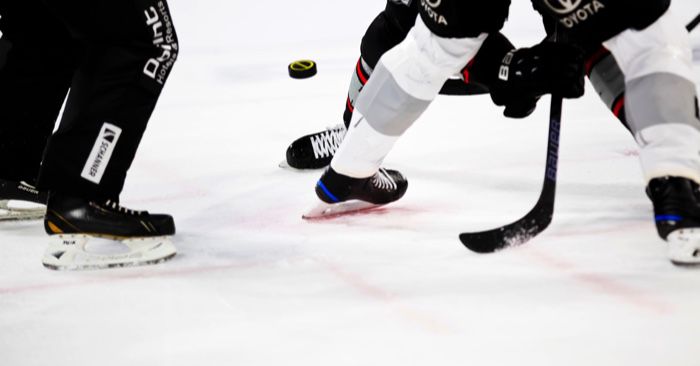 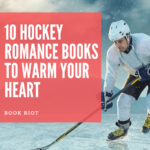 Sports romances are some of my favorites, thanks to the heightened emotions and drama of the game. As someone who grew up in tropical climates, I wasn’t raised on hockey, but I moved to St. Louis after college and some friends talked me into going to a game. From the first game, I was hooked! And, speaking of hooked, I soon found that heroes in hockey romance books have a sort of rock star appeal that goes along nicely with athletic bodies and personalities to match. 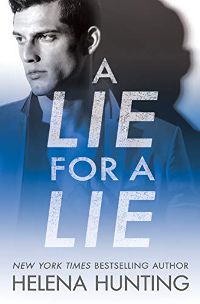 A Lie for a Lie by Helena Hunting

This is the first book in a new spin-off series from Hunting’s Pucked series. After a chance encounter, incognito hockey superstar RJ and shy Lainey spent a month in secluded carnal bliss in Alaska. But RJ has to return to Chicago suddenly, leaving the two without a way to contact each other. Fourteen months later another chance encounter brings them back together and there’s more than one secret straining to be revealed. (This one does have a spoilery trope that a lot of people love or hate, so if you have strong feelings about your tropes, check out some reviews first.) 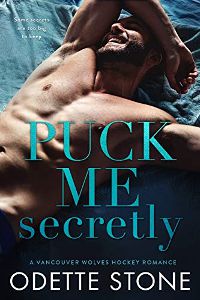 Puck Me Secretly by Odette Stone

Call me immature, but I love all the puck puns in hockey romance titles. After Max and Rory survive a plane crash together, they share an incredible night together before Max disappears. But it’s a smaller world than either of them could have thought. Turns out Rory’s dad owns the hockey team Max plays for, and she’s his new boss. Their one night stand turns into a slow-burn forbidden workplace romance while Rory tries to hold her own in a male-dominated business and Max has to overcome his past to save his career. 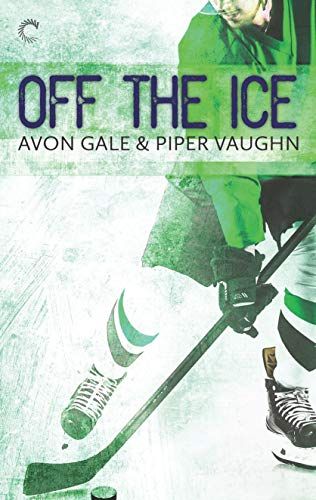 Off the Ice by Avon Gale & Piper Vaughn

Sebastian is a grumpy sociology professor with his sights set on tenure. Tristan is a hockey player planning for his future by pursuing a business degree. Neither of them count on the intense attraction that develops between them (which they wait until they are no longer teacher/student to act upon). Their chemistry is off the charts, but Tristan doesn’t want to be the first out NHL player and Sebastian won’t go back into the closet for anyone. 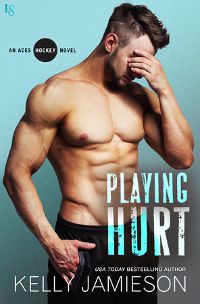 Chase is a hockey player who is not having his best year, but his Twitter flirtation with pop star Jordyn is a bright spot in his life. They bet on a hockey game and end up on a real-life date together. Sparks fly immediately, but they both have challenges that complicate things. Pick this one up if you love a lot of flirty, witty banter. 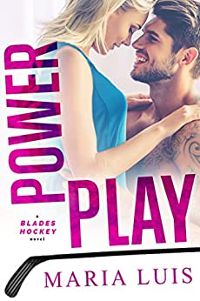 Charlie has eight days to get big-time NHL player Duke to agree to do an interview for her small-time online newspaper or she’ll be looking for another job. Duke does not give interviews. But there’s something about Charlie that makes him want to trust her. Both of them are going to have to step out of their comfort zones and take a chance on the other. 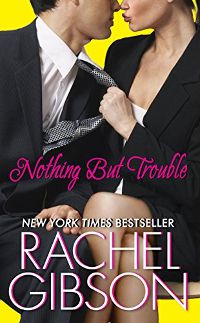 Nothing But Trouble by Rachel Gibson

Chelsea is a struggling actress who has dealt with her fair share of spoiled celebrities. A car accident has ended superstar Mark’s hockey career and he’s determined to scare away anyone his team hires to help him. But Chelsea wants the bonus his team offered if she can stick around for three months, so she’s not giving up without a fight. Despite trying to out-annoy each other, they start to realize they might actually like each other. 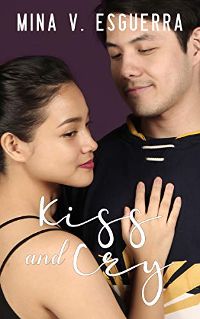 Figure skater Calinda and hockey player Ramirez ended their relationship in their early 20s due to Cal’s family, coach, and focus on her career. Ten years older and wiser, both of them at turning points in their lives, they decide to spend Ramirez’s last three weeks in Manila together to get closure on their relationship. But as they rediscover each other, they begin to rediscover themselves and what they want from their lives. 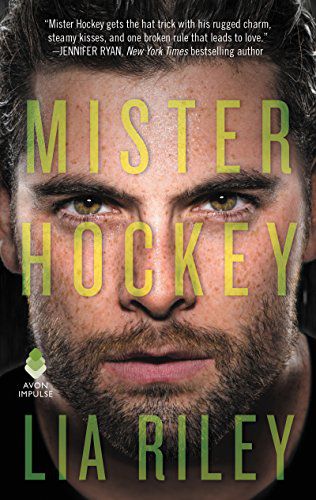 Children’s librarian Breezy is such a big fan of hockey player Jed, she has a cardboard cutout of him, but when he shows up to help out at a library event, she doesn’t let on. Jed has a strict rule about not dating fans, so he’s happy to find a bookish girl he believes likes him for him, especially since his hockey career might end sooner than expected due to an injury. With her hockey-obsessed family, there’s no way Breezy can keep her secret for very long. 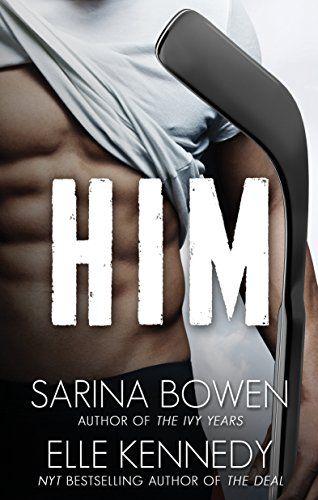 Him by Sarina Bowen and Elle Kennedy

Best friends Jamie and Wes spent every summer together at hockey camp, until the last night when Wes made a bet that pushed the boundaries of their friendship. They haven’t spoken in four years, but find themselves in the rink together facing off for the college national championship. Friendship rekindled, Wes volunteers to help Jamie coach at their old camp, but they both soon find they want to be much more than friends. 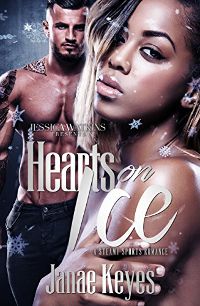 Hearts On Ice by Janae Keyes

Ice princess Lia and hockey’s bad boy Max end up in rehab together after both getting injured in their respective sports. Together, the two fight through childhood trauma, addiction issues, media attention, and toxic “friends” to heal not only their bodies, but their souls. They might just need each other more than they need an athletic comeback.

Need more athlete heroes to swoon over beyond these hockey romance books? Check out 3 of the best inclusive sports romances and 20 must-read sports romances.