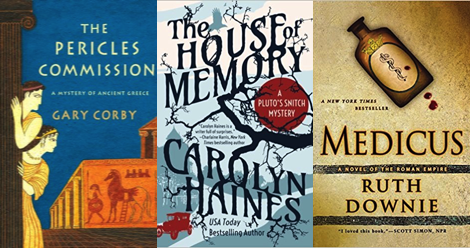 History and mystery are two words that rhyme fields that go easily hand in hand. As the saying goes, when two historians discuss the same event, often you’ll end up with three different perspectives. I suppose the same can be said of many different fields, but I think it is especially true for history because there are so many ways to interpret decisions and events. Since none of us were there, and often there is only a limited number of corroborating documents to support a point of view, we have to resort to speculation. Which is fun. And it’s fertile soil for authors who then give us many, many delightful historical mystery books.

Within the historical fiction genre are a number of subgenres. One of my favorites is historical mysteries. I tend to gravitate toward medieval mysteries just because that is the era I studied. And honestly, I can’t help loving a good sleuthing, outspoken nun, or a disgraced knight in highly dented and un-shiny armour. There will always be a soft spot in my heart for the Brother Cadfael series by Ellis Peters; the Sister Frevisse series by Margaret Frazer; the Matthew Bartholomew series by Susanna Gregory; and my current favorite, the Crispin Guest series by Jeri Westerson. However, there are SO MANY others out there which may not be as well known, and which cover a great range of time periods. There ARE historical novels that aren’t set in medieval, Tudor, Regency, or Victorian England (though I did end up including a couple because the series are so damn fun to read). Below are just a very few that I recommend. I could go on for days… 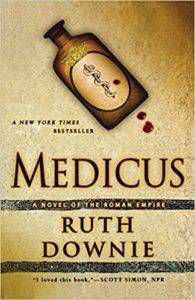 The Pain and the Sorrow by Loretta Miles Tollefson

A Prisoner in Malta by Philip DePoy 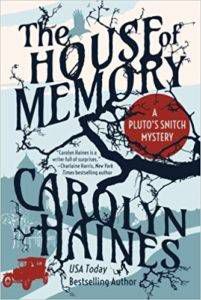 The House of Memory by Carolyn Haines

Death on the Appian Way by Kenneth Benton

The Cairo Trilogy by Naguib Mahfouz

No Saints in Kansas by Amy Brashear 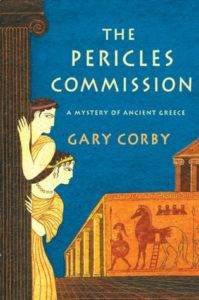 The Pericles Commission by Gary Corby

City of Desire by Sidney Morrison

What are your favorite historical mystery books?