William Shakespeare’s tragedy Hamlet is perfectly suited to creative adaptations. The medieval Danish prince delivers eloquent soliloquies and ponders timeless moral questions. Between the ghost of Hamlet’s father, the castle of Elsinore, murders, sword-fights, and Hamlet’s play within a play, there’s a lot of opportunities for actors and directors to put a fresh spin on this classic in the best Hamlet movie adaptations.

Even starring as Hamlet is an iconic role for actors of any age and gender. Legendary, 19th century French actor Sarah Bernhardt played him onstage in 1899 and in 1900 on film. Hamlet as a character is supposedly about 30 years old, even though many people in their teens and early 20s relate to him or play him as younger. This could be because Hamlet recently studied at a university, is famously unsure of what to do, or because many people first read Hamlet in high school or college. The casting also tends to be very white, but hopefully that will change in the future.

Each approach to the classic play has its pros and cons. And, when actors shift from stage acting to film, they can either act brilliantly or over-emote and lose Shakespeare’s humor. The naturalistic style popular in later adaptations, from the 1990s onward, can be too fast or delivered with a flat inflection.

Hamlet has been adapted into movies over 50 times. So, which are the best Hamlet movie adaptations? “That is the question.” (Sorry not sorry!)

Our Totally Subjective Ranking of the Best Hamlet Movie Adaptations, from Best to Worst 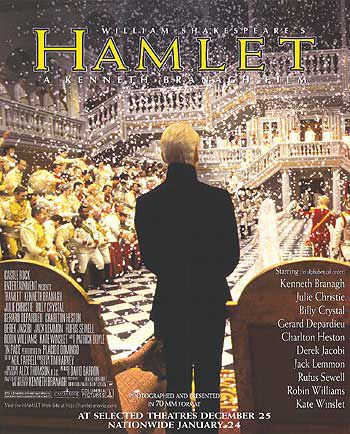 At 4 hours long, this is one of the only adaptations that uses the full text of Shakespeare’s play. It even dramatizes more scenes that aren’t shown in the play, so some viewers may find it excessive. It has lavish production design, including a palace filled with mirrors. This version stars Kenneth Branagh, also the director, as Hamlet, and Kate Winslet as Ophelia. It’s worth noting that Branagh’s Hamlet seems more violent towards Ophelia than other versions. 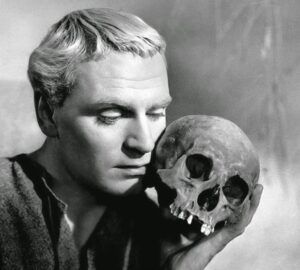 Laurence Olivier, the acclaimed Shakespearean stage and screen actor, starred in and directed this Oscar-winning adaptation. The prologue is moved from later in the play. This black-and-white movie uses a creepy Gothic castle for Elsinore and eliminates the character of Fortinbras. 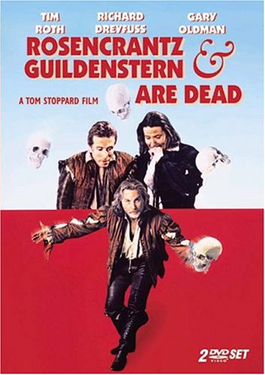 3. Rosencrantz and Guildenstern Are Dead 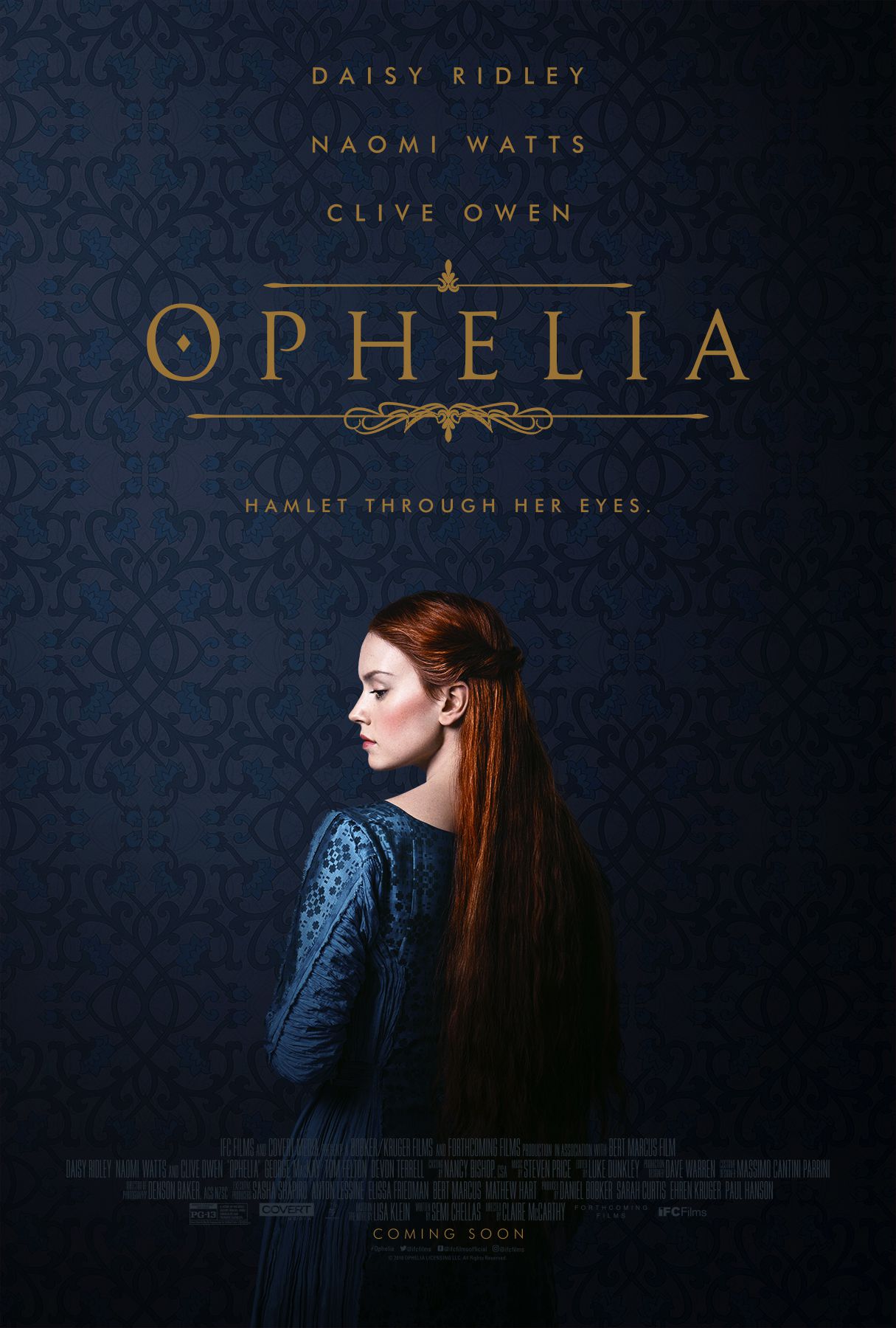 This 2018 movie was directed by Claire McCarth, stars Daisy Ridley in the title role, and has a haunting soundtrack by Steven Price. It was based on the 2008 novel Ophelia by Lisa M. Klein. As this 2020 BR article says, Ophelia has more agency in this reimagining. Ophelia’s lack of agency and sometimes underdeveloped story arc are frequent feminist critiques of other versions of the story. 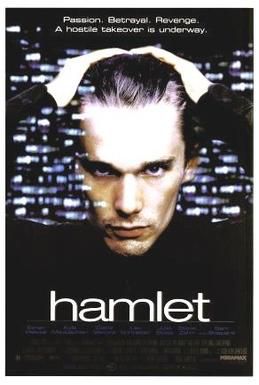 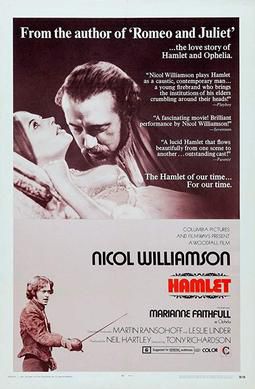 Tony Richardson’s movie adaptation is minimalist compared to other versions at the time. The castle battlements are plain, brick walls, and a light represents the ghost. Anthony Hopkins plays Claudius in an early role. Despite the great acting from Hopkins as always, I find the production a little stilted overall. 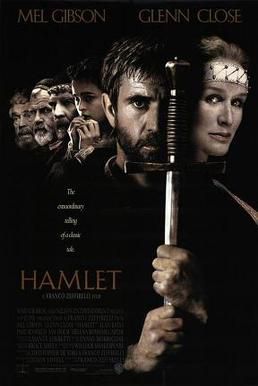 Franco Zeffirelli was known for his traditional, 1968 movie of Romeo and Juliet. This seriously abridged version of Hamlet has a great cast, including Mel Gibson in the title role, Glenn Close as Queen Gertrude, and Helena Bonham Carter as Ophelia. Some critics think this version plays up a possible Oedipal subtext between Hamlet and his mother, Gertrude. Setting the “to be or not to be” soliloquy in a crypt is a great choice. (Note: I considered excluding this version because Mel Gibson is so racist, antisemitic, and anti-LGBTQIA.) 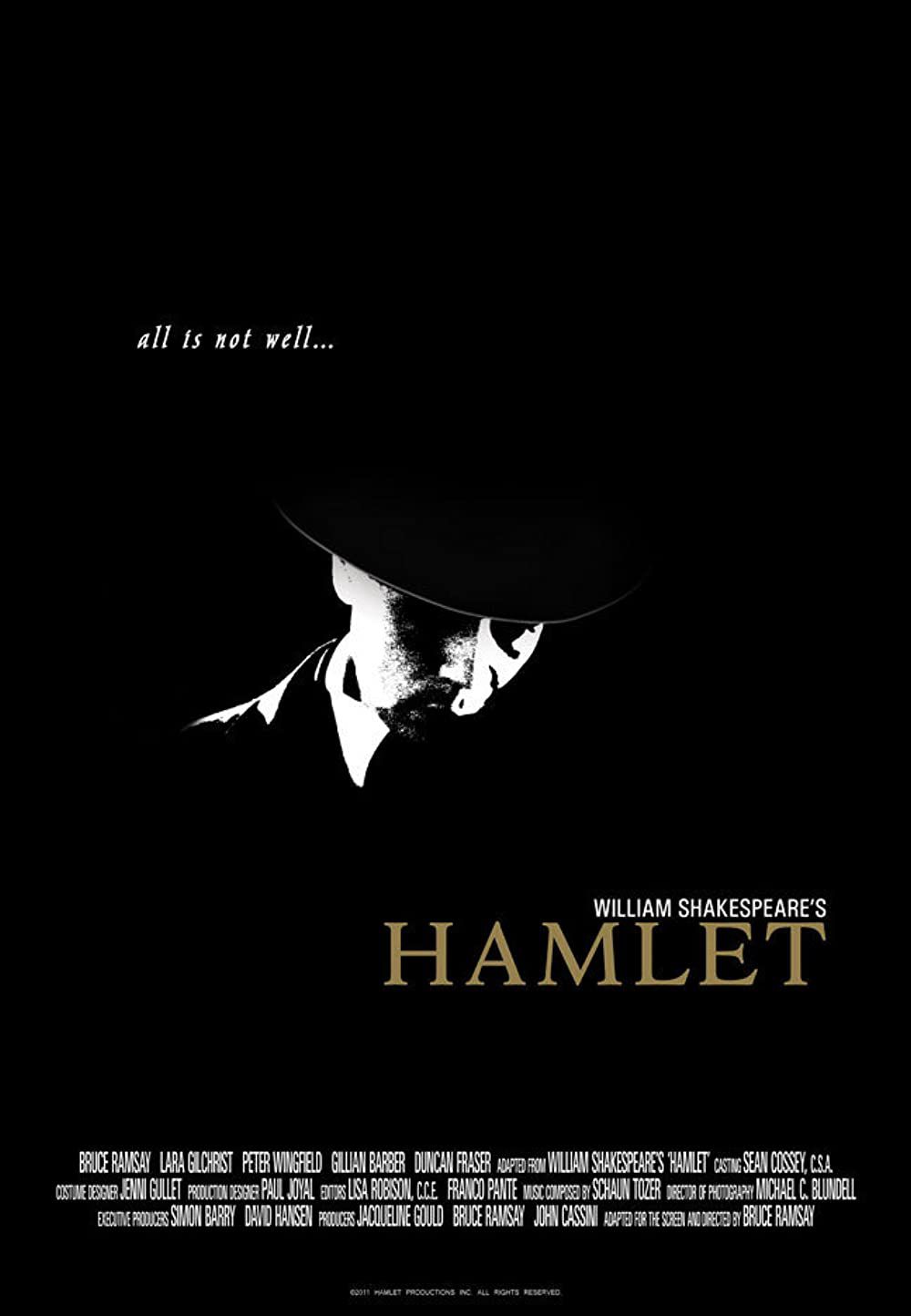 This version, directed by Bruce Ramsay, was universally panned. It has a 0% aggregated Rotten Tomatoes score. The 1940s film noir-style poster and setting are creative and look cool. However, the play, which can run over 4 hours, is cut to under 90 minutes. It was shot in 3 days and premiered at the Vancouver International Film Festival, with a theatrical release in 2014.

More on Shakespeare and Hamlet:

Hamlet has inspired many other films and books, including Disney’s The Lion King and Maggie O’Farrell’s novel Hamnet. Want to learn more? Read Who Was Shakespeare?