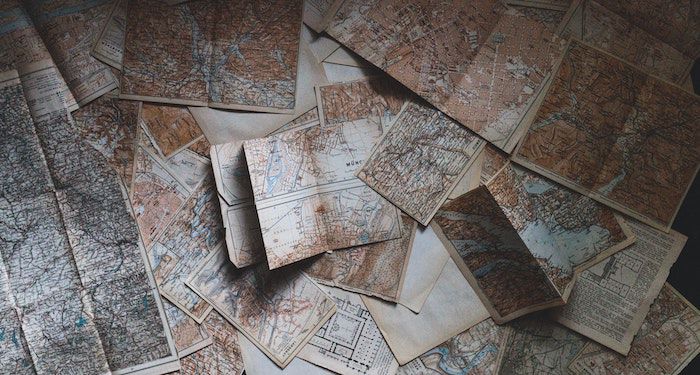 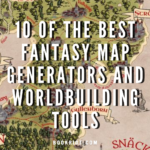 There are several RPGs based on books, especially ones based on big fantasy series. Some of them are more like video games, such as The Lord of the Rings Online (a massively multiplayer online role-playing game, or MMORPG). Others are classic table-top games similar to Dungeons and Dragons. There have been RPGs from The Wheel of Time, Dune, H.P Lovecraft’s monsters, and even A Song of Ice and Fire. There are even books based on RPG campaigns.

The point is, books and RPGs are closely related, bouncing off each other and creating more stories for anyone to enjoy.

For any of this to work, though, you need maps. Even though some books have the most beautiful maps, they don’t rely on them. RPGs, on the contrary, are completely built on maps that make the story work for its players. For example, some attacks or powers have a certain range you have to take into account to strike your opponents. Or maybe if you use your longsword in close quarters, you might behead your teammates. So maps play a pretty big role on RPGs. To build those fantasy maps, we need fantasy map generators.

Thus, I present to you, ten of the best fantasy map generators to help your RPG’s (or book’s) worldbuilding.

Azgaar’s is a free website that auto-generates maps, although you can also edit them and create ones from scratch. With its tools you can do things like add rivers or routes, customize emblems (think House Stark and its white wolf), change the layout of the whole map, among other things. There are different views too. You can choose to see the map divided by states, cultures, religions, with temperature zones, a height map, etc. In the end you can save it as an image that you can upload and edit again. It’s a great map generator that does a lot of work for you, with enough wiggle room to create some truly amazing maps.

This website allows you to draw your own continents and customize them as you see fit. You can add stamps of trees, mountains, or rivers, and even some text. You can change the style of the map too (like elven or dwarvish). Even though the site is simple, you can add a lot more detail to your maps than other map-making tools. There’s a free version and a paid subscription service. The free version is good enough, although the amount of maps you can make is limited as well as some of the detailing stamps. It will still let you create great maps that show civilizations.

Donjon is a free website with several generators on its main page. With it, you can create new names, storylines, and calendars, among other things. One of its tools is a simple fractal world generator that isn’t too detailed, but it’s quite functional. It mostly lets you build a world map, with tools for editing the water, ice and land quantities. You can change the coloring style of the map, too. Donjon also has a second map generator that lets you put a bit of extra stuff, like names, on top of the original map you created.

Watabou’s generator is a bit different from the others. It creates cities instead of world maps. It will give you a random cityscape at first, but you can edit it quite a bit. The generator focuses on the outline of the buildings that coat the city, so it’s not very detailed. But you can add some things like temples, castles or rivers, and you can warp and style your map so it ends up being a lot more customizable than you would think. Plus, it’s free!

Unlike other generators, this is a free software that you have to download on your computer. It creates simple maps with almost a hand-drawn style. You can edit the terrain, background, icons and text style once it generates your map and once you like it you can save it as a PNG on your computer. It’s pretty simple, there aren’t that many details you can add to the map, but it’s a nifty tool to generate continents or islands.

WorldSpinner is one of those free-for-30-days-but-you-have-to-pay-afterwards kinds of software. It generates a world for you that you can edit heavily; you can customize anything from land masses to the world’s temperature. What might be the coolest thing about this software is that it lets you populate your map and then run the history of your world forward to see how it changed (cultures spreading or forming states, for example). Even though it’s a world map, it’s very detailed, because it shows cities and other points of interest.

This is a one-time purchase software that creates detailed maps reminiscent of Middle-earth. It’s used to create detailed continents — similar to Inkarnate, but easier to use and better-looking. You could also use it to create region maps of specific continents, and maybe even city maps (though that’s more of a stretch). You can add elements to your heart’s desire with this software, and the really cool thing is the use of a brush that lets you edit those elements even more (like making a lake bigger on one side). All in all, it gives you beautiful maps and is very intuitive.

Campaign Cartographer is a software very similar to Wonderdraft. It’s a one-time purchase and it lets you create detailed world and region maps. It has a lot of stamps, and other elements you can add to customize the map the software generates for you. What really shines through with Cartographer is that it has a lot — and I mean a lot — of styles you can choose from to match whatever aesthetic you want in your map.

This is one of the best worldbuilding tools I’ve seen. It lets you upload maps (it doesn’t create the maps) and add all the worldbuilding information you want to them. You can create timelines or family trees; you can write and pin articles to specific points on a map. Let’s say your world had a terrible war below a lonely mountain. Well, you can write about that war and attach it to said mountain. In simpler terms, it’s a tool that lets you create a story bible and attach it to your world’s map. There’s a free version, but it’s pretty limited compared to the paid subscriptions.

FlowScape is a paid downloadable software that allows you to create your own landscapes. It’s basically a 3D modeling program that creates animated scenes. It won’t build full maps, but it’s similar to painting a scene that can help with the imagery of any story or game.

There are so many great novels that could become amazing RPGs! The top fantasy books on Goodreads, for example, are brilliant books that beg role-players to create more stories.

Go forth and be your own fantasy cartographer!