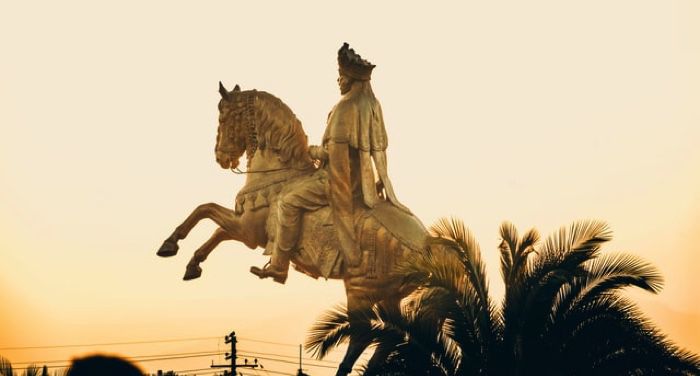 If you enjoy — need, even — a cup of hot coffee to wake up each morning, there is a high chance you are consuming a drink that originated in Ethiopia. Known for its delicious coffee beans, gold medallists, and rock-hewn churches, Ethiopia is home to 117 million people, making it the 12th most populous country in the world (2nd in Africa), and it borders several countries: Eritrea, Somalia, Kenya, Sudan, and Djibouti. If this is all new info to you, and you would like to get to know Ethiopia more closely, travel and experiencing the country’s culture is always the best choice. This is not, however, an option widely available to everyone, so what we are presenting with the list below is your second-best option: to learn more about this wonderful country through Ethiopian books.

We have fiction and nonfiction, books for children, and for adults; 19 Ethiopian books to choose from — some of which were the recipients of renowned awards. Let’s dive into them. 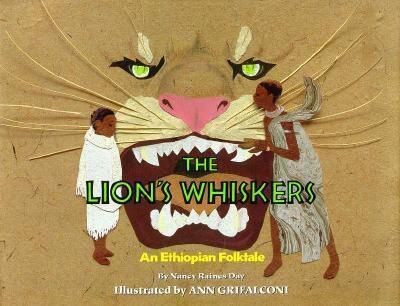 In this Ethiopian folk tale, in order to gain the trust of her stepson, a stepmother must pluck three whiskers off a lion’s chin.

As the stepmother conquers the trust of the lion, she starts to figure out the ways in which to establish a good relationship with her own stepson. 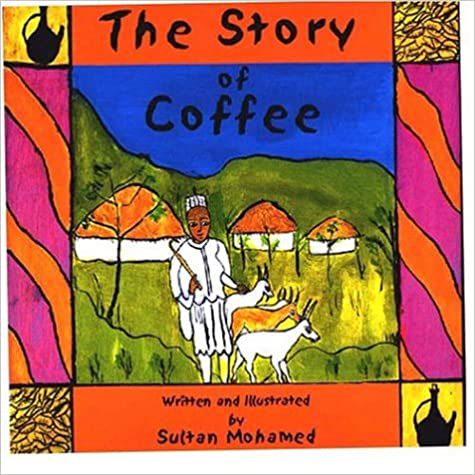 The Story Of Coffee by Sultan Mohamed

This is a sweet book that features a young Ethiopian shepherd.

The boy brings home some beans, but they are too bitter to eat. That is, until his mother roasts them and they both get to discover how wonderful a drink these bitter beans can make. 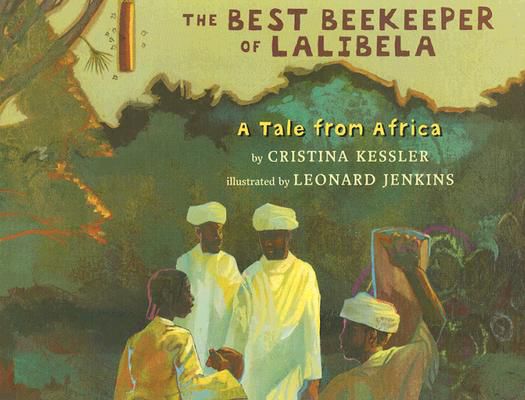 The Best Beekeeper Of Lalibela by Christina Kessler, illustrated by Leonard Jenkins

Lalibela is a village in a mountain in Ethiopia.

In this story, a young girl called Alma tries to defy the patriarchal roles imposed by her society by trying to become a beekeeper, a profession usually allowed only to men. 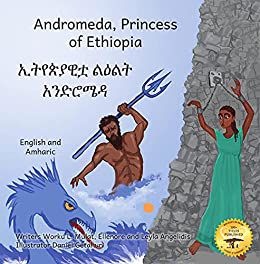 Andromeda, Princess Of Ethiopia by Various, translated by Alem Beyene and Woubeshet Ayenew

Ethiopia has been known to mark the origin of some of the most remarkable people in history, with such wonderful legends that ended up making their way into Greek mythology.

In this story, Princess Andromeda takes the highlight.

Andromeda was so pretty that it provoked the jealously of Poseidon. He sent a sea monster to try and kill her, but his attempt was thwarted by Perseus. You can see their constellations in the Ethiopian sky.

This edition contains the story written both in English and Amharic. 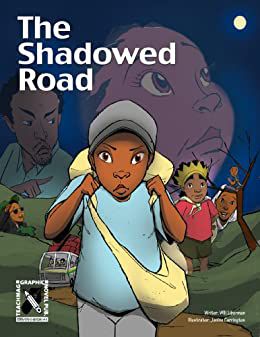 The main character of this book is Selome. She wants to become a teacher, but her father wants her to marry a local goat herder.

Defying her father’s wishes, Selome disguises herself as a boy and runs away to the capital city.

This graphic novel about an Ethiopian girl presents several important themes, chief among them the right to an education. And with its multiple endings, it allows the reader to choose their favourite one. 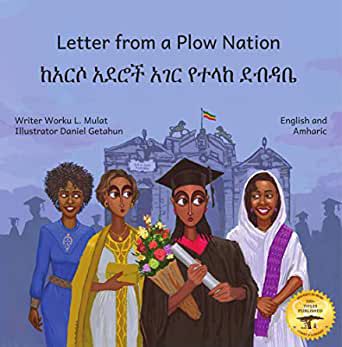 Letter From A Plow Nation: From Ethiopia With Love In Amharic And English by Worku Mulat, illustrated by Daniel Getahun

This is another edition written in both English and Amharic. It is also available in other Ethiopian languages.

This book is a love letter to the county, a nation filled with wonderful resources that has faced several challenges.

It’s filled with colourful illustrations of the most amazing Ethiopian settings. 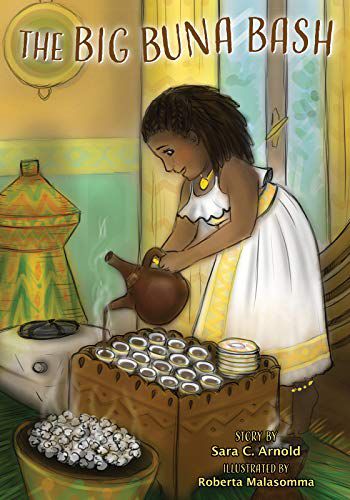 At school, Alma gets made fun of by her colleagues due to a simple mistake, and part of the teasing comes from a misunderstanding of her Ethiopian culture.

She decides to take this matter into her own hands and host a big Buna Bash to bring her culture — and hopefully acceptance — into her class. 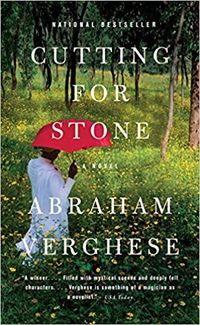 Cutting For Stone by Abraham Verghese

Ethiopia is on the brink of revolution just as twins Marion And Shiva Stone are coming of age. The twins are the result of a secret relationship between an Indian nun, who has passed away, and a disappeared British surgeon.

Taking place between Africa and America, this book is an enthralling family saga.

The author has also written the memoir My Own Country: A Doctor’s Story. 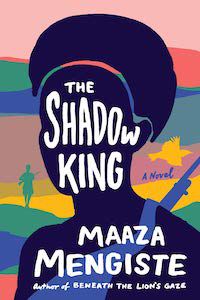 Get ready to see a few books by Mengiste on this list, simply because they are amazing.

When so many books about war focus on men, The Shadow King is, at his core, a story about what it is like to be a woman at war.

It takes place during Mussolini’s invasion of Ethiopia in 1935, and it was shortlisted for the 2020 Booker Prize. 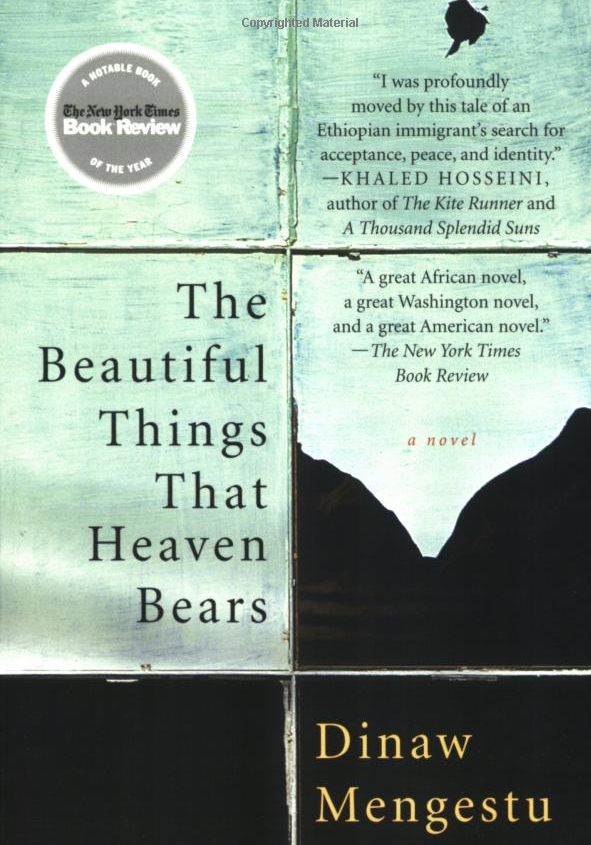 The Beautiful Things That Heaven Bears by Dinaw Mengestu

This is the author’s debut novel, and it talks of the life of Sepha Stephanos, an Ethiopian emigrant living in the U.S. who, 17 years earlier, fled the country’s revolution.

It is a story of immigration, (be)longing, and how much it takes to create new roots and find a new place to call home. 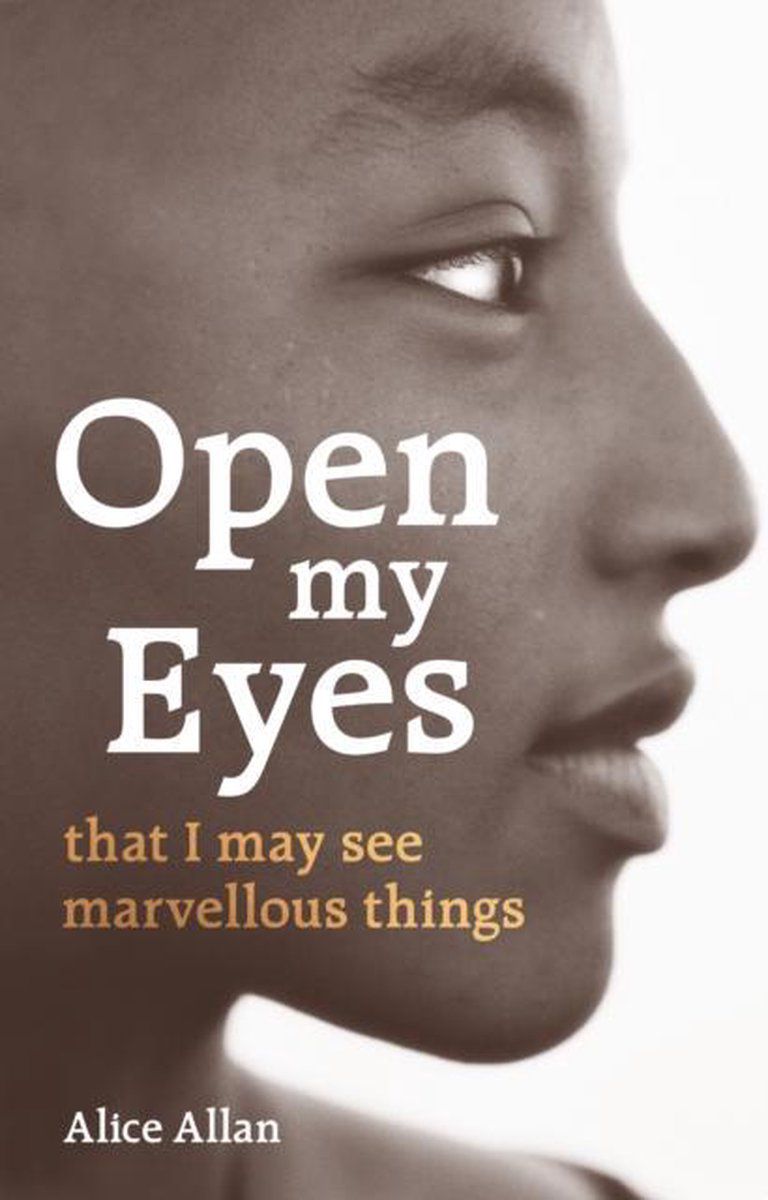 Open My Eyes, That I May See Marvellous Things by Alice Allan

Mariam is a midwife trying to protect an abandoned baby, but as she works towards her goal, she realises it is time to face her own abandonment as well. 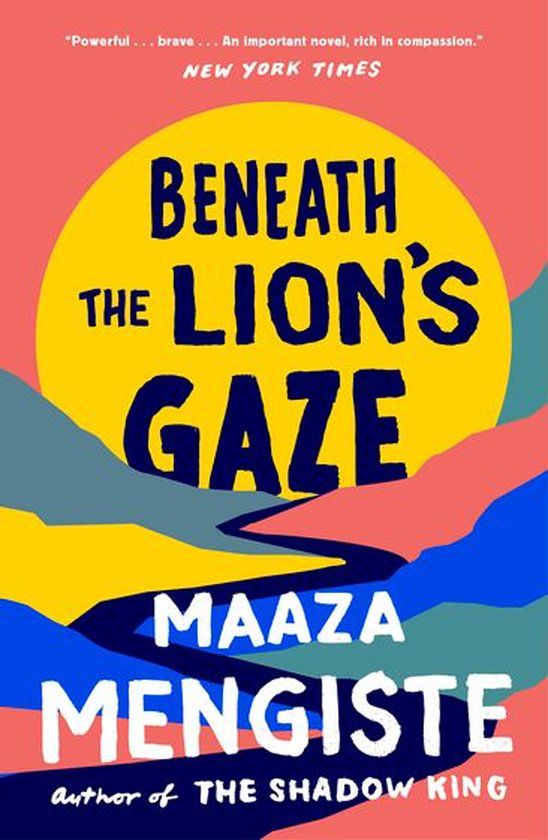 Beneath The Lion’s Gaze by Maaza Mengiste

Beneath The Lion’s Gaze takes place in Addis Ababa, in 1974, just at the edge of a revolution.

It is a story about familiar bonds across a ravaged Ethiopia, and about the importance of friendship.

The author has done a great job at writing a gripping tale, all the while making sure we get a good understanding of this time in Ethiopia’s history.

It is Mengiste’s debut novel. 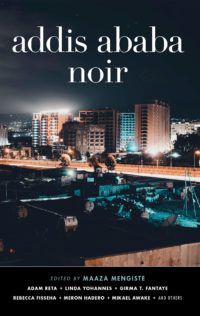 Edited by Maaza Mengiste, this is a collection of 14 short stories all written by Ethiopian writers, some living in the country, others abroad.

It is an ode to the city, its history, and the myths surrounding it. 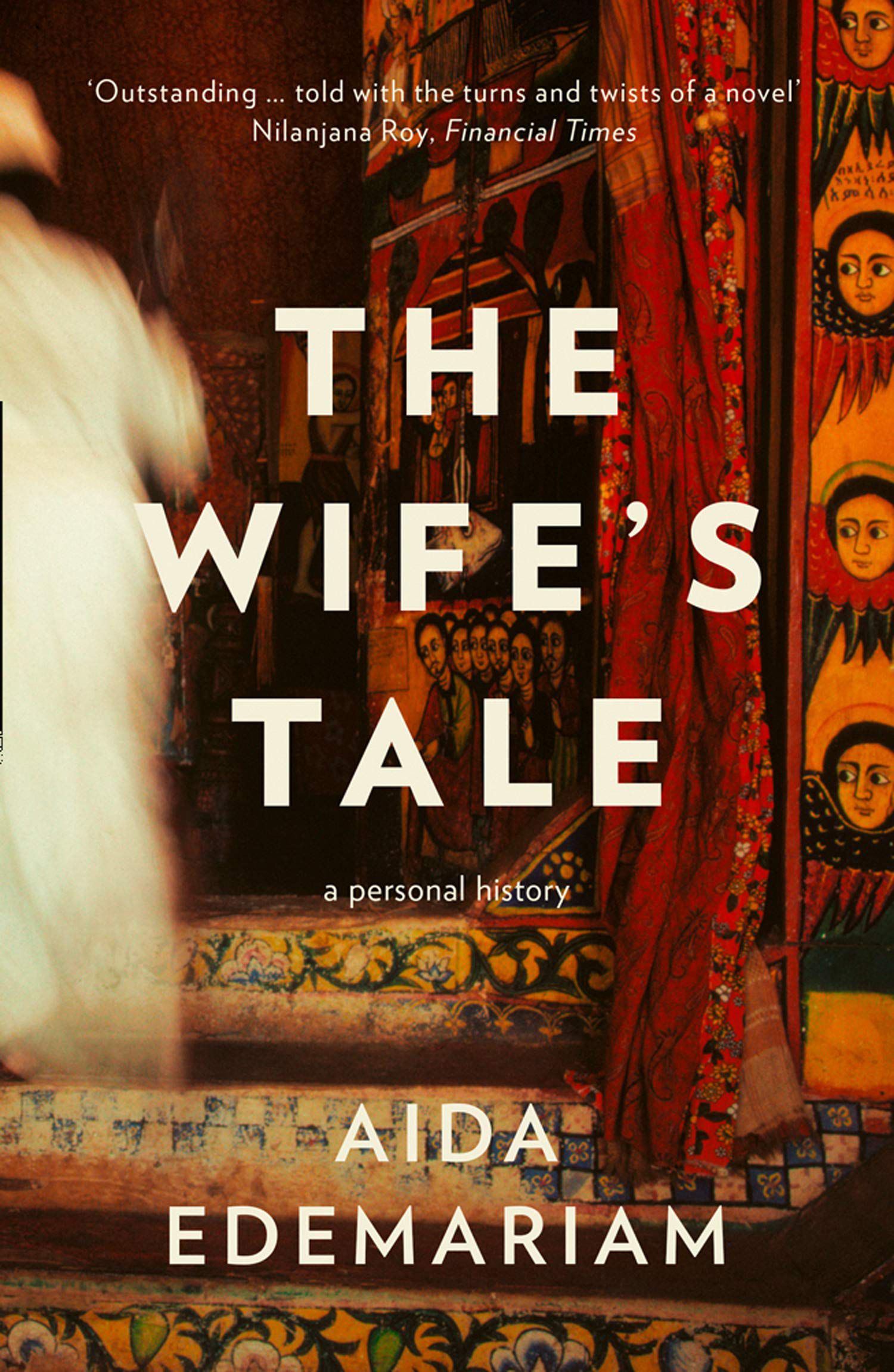 The Wife’s Tale by Aida Edemariam

Aida Edemariam recalls in this memoir the life of her 95-year-old grandmother.

It follows the fascinating history of modern Ethiopia, from feudalism to democracy, across a century.

The stories of both the woman and the country are deeply intertwined, offering us a close-up of the cultural and sociological landscape of this nation. 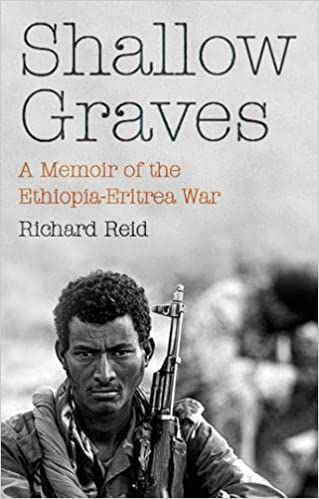 Shallow Graves: A Memoir of the Ethiopia-Eritrea War by Richard Reid

Shallow Graves is a personal account of this war — and some of the time before and after it — in a firsthand reportage that analyses and records conversations with local witnesses. 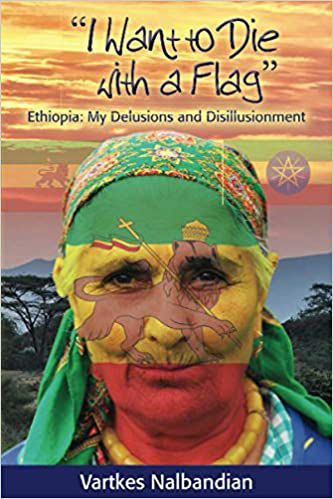 I Want To Die With A Flag. Ethiopia: My Delusions and Disillusionment by Vartkes Nalbandian

The author of this memoir, Vartkes Nalbandian, shares his experience living in Ethiopia across three regime changes.

It also contains bits and pieces of the stories of Armenians in the country, and regarding the Armenian-Ethiopian contribution, which isn’t widely known across the globe. 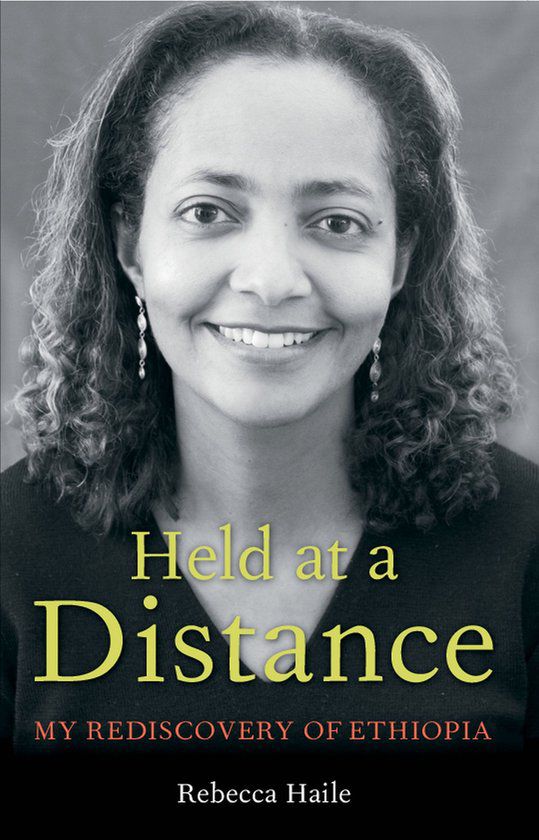 Held At A Distance: A Rediscovery Of Ethiopia by Rebecca G. Haile

The author of this book is both Ethiopian and American, and with this work, she helps the reader get to know the country and its culture beyond headlines and stereotypes.

Rebecca left Ethiopia at 11 years old in exile, and returned to it as an adult.

The book also offers a good look at the country then and now. 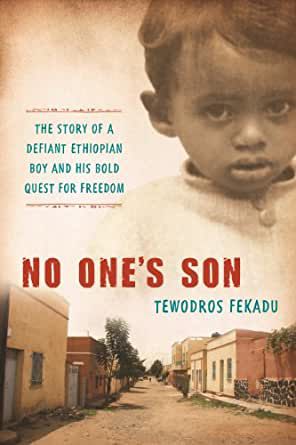 No One’s Son by Tewodros Fekadu

This is the true story of a boy born amidst the Ethiopian-Eritrean war, and his life after being abandoned by his poor mother and unacknowledged by his wealthy father.

It goes from his childhood into the author’s adult life, and his struggle to get his visa to Australia approved, and to find a place to stay rooted. 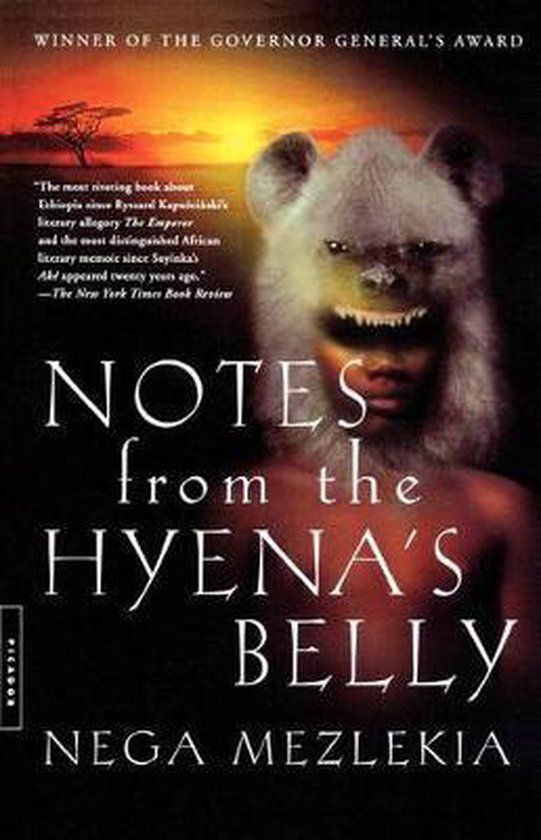 Notes From The Hyena’s Belly: An Ethiopian Boyhood by Nega Mezlekia

This book portrays Ethiopia — and Africa — during the era of civil war in the ’80s and ’90s.

The narration is a mixture of reality and myth, presenting the country to us without the stereotypes and images we are so often fed by the media. It reads almost like fiction.

The author has also written a novel, which is well worth reading, titled The God Who Begat A Jackal.

If you’d like to read more about African literature, take a look at our archives.