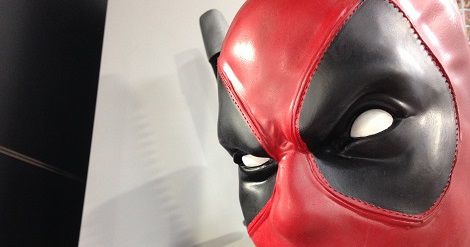 You know the world is pretty messed up when Deadpool is making sense. And lately, while reading the best Deadpool comics, I realised my favourite Merc has been making A LOT of sense. 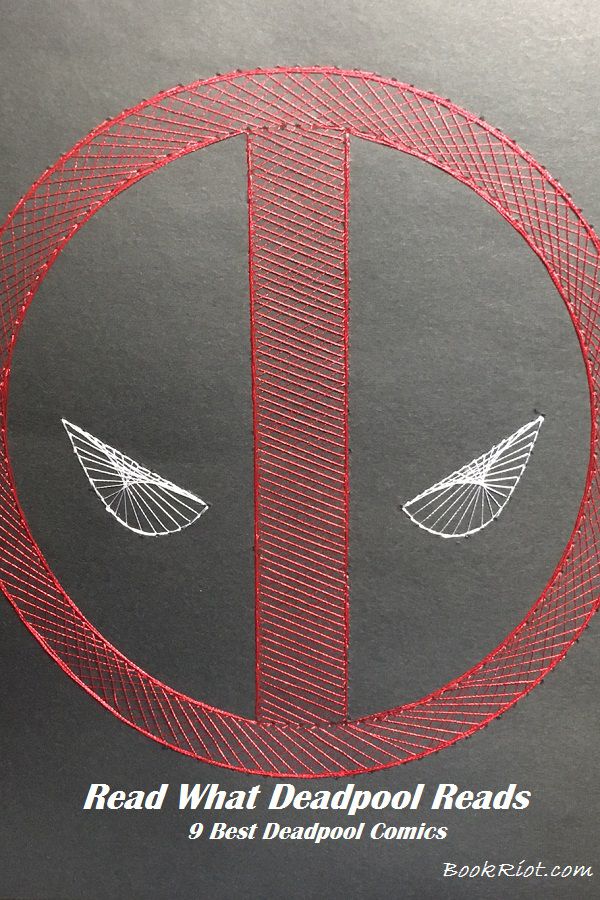 Of course, this all depends on which Deadpool you are into. Are you a classics kind of Deadpool with awesome tats declaring your undying love? Are you a Deadpool contemporary, quoting direct from the movies? Or maybe you just love the heart of gold and the collection of t-shirts to go with it?

The thing is, Deadpool is a complex character; he must be, considering the number of therapists I know who ADORE him. And he has had almost 30 years to really develop that twisted personality. The good news is this gives you a plethora of material to dive into. The flip side: it can be a little overwhelming for the newbies.

If you really want a better understanding of the abyss within the mind of Deadpool, then here is my ultimate list of the 9 best Deadpool comics.

First, a quick heads up: the following list is pretty light on the diversity for writers, artists, and contributors. I would love a bit more mix-up in the perspective, so let me know your recommendations. Considering how open-minded our man in red can be, it really isn’t much to expect the same behind the scenes. 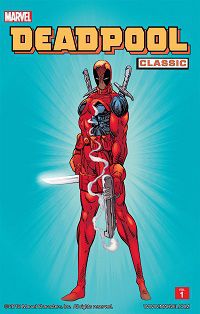 This is a marathon, people. Not a sprint. We have a lot of area of cover and a lot of it ain’t pretty. Nevertheless, you are better off starting at the very beginning, including New Mutants 98. This is not the Deadpool you know from the movies. We’re going right back to the early days, when he is hired to kill Cable. Might not be his best work, but we get to see Deadpool posted back to his employer. Classic Deadpool. This TPB also includes one of my favourite story arcs, Sins of the Past (#1–4). My Deadpool cherry was popped with an X-Force issue featuring Siryn/Theresa Rourke Cassidy. Sins of the Past is not only an introduction to the Deadpool/Siryn ship but it is also our first taste of Deadpool becoming the antihero we love today. Oh yeah, and it’s our first sight of the man underneath the mask. So not Ryan Reynolds. 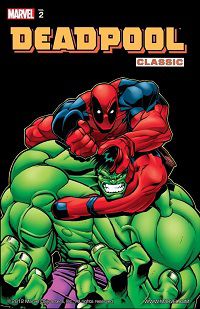 One of the few times in my life where I HAVE to recommend Vol. 2 immediately after Vol. 1. Why? Because Vol. 1 only gave a taste of Wade witticism. If you want the best Deadpool comics then you have to delve a little further. And this is definitely on the list. It’s almost like Kelly and McGuiness have simply stamped WTH all over their comics. And it is lovely. Filled with all the slapstick elements that would become Deadpool’s hallmark (including complete disrespect for the fourth wall), we also meet his favourite sidekicks, Blind Al and Weasel. Sidenote: Weasel in the comics is not like Weasel in the movies (which is kind of a relief since I am not a fan of the what’s-his-face actor). 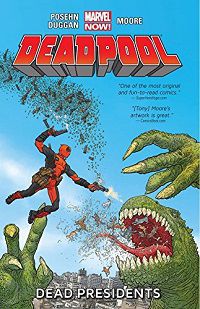 Fine, fine. I’m recommending another TPB where you’re going to have the very strong urge to read more…at least to Vol. 3, when Deadpool teams up with Wolverine and Captain America. However, this is the beginning of the Gerry Dugan run and you want to experience this from THEIR beginning. Duggan teamed up with Brian Posehn to give us some of the best wisecracking humour. What tops it off is the cartoony violence in Moore’s art. Throw in a zombie Abraham Lincoln and I’m a happy chappy for the next half hour at least. Is it wrong for me to think even zombie Obama would still be our best option? 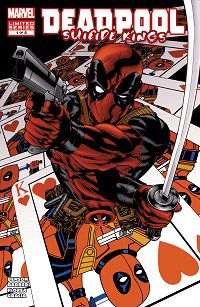 If you have ever wondered why Deadpool is so obsessed with Spider-Man, this is the storyline for you. Let’s face it: every comic featuring Deadpool and Spider-Man is one of the best Deadpool comics. This time, Deadpool is framed for a crime he actually didn’t commit but is being hunted by the Punisher anyway. Naturally, Deadpool teams up with the few New Yorkers who may be able to help him: Daredevil and Spidey. Yes, this is the Spidey/Pool relationship we love so much. And despite all of Spidey’s protests, they really do make an adorable couple. #spideypool4eva 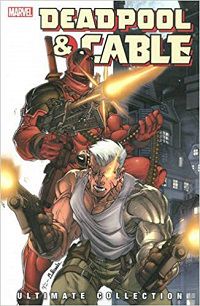 For those following my advice (crazy fools), you may recall that Deadpool was hired to kill Cable way back in the very beginning. It didn’t go well and the two did not part on the best of terms. So the idea of partnering them up is filled with all the awkwardness you loved in Deadpool 2. Deadpool shits Cable to tears and Cable positively drives Deadpool crazy with his matter-of-fact approach to life/death/revenge. They start off with a virus that blends their DNA, linking for the rest of the series. And when I say series, I’m talking 50+ issues. That’s the kind of success rate that’s a rarity these days. Sooooooo worth it.

In the line to see Deadpool, a film where they mention me by name, a guy started explaining who Deadpool was to me. https://t.co/0p3S7P86ZB 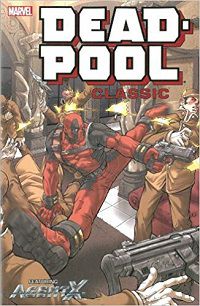 Take all of the stuff you read above, wrap it with a big red bow, and serve it up over a chimichanga dinner. That’s what reading Gail Simone is like. I’m a big fan of her Secret Six run (especially when she teamed up with Nicola Scott) but personally, I think Simone’s Deadpool run is even better. She takes a mental mess of Deadpool and cleans him up with the rag of opportunity. Stripping him back like this allows us to see the essential core elements of Mr Wade Wilson. Simone’s strength has always been in her character development, and rebuilding Deadpool is possibly her peak. This is also one of the best rereads for sub-plots and subtle details; I know this because I’m doing it right now. I especially like the manga style of Udon Studios for a story involving the Japanese Yakuza. 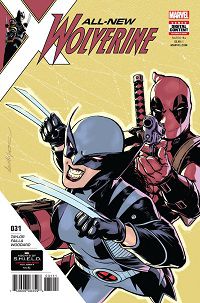 Sometimes the best Deadpool comics come out from the wings, rather than the limelight. Issue #31 is found in All-New Wolverine Vol. 6: Old Woman Laura (issues #31–35). When Taylor created Gabby/Honey Badger, I honestly didn’t think there was anyone who could appreciate her in all her wondrous and innocent delight. I was wrong: Deadpool is the BFF she needs and deserves. In a GOOD way. Issue #31 is possibly the most ridiculous fun to be had with Gabby and Wade. Gabby is on an insane child-like mission to help sloths. She calls for help from the one superhero she knows WILL help and NOT laugh at her: Deadpool. This is simply the sweetest and most fun featuring Deadpool, highlighting his slapstick comedy and his innate care for children and animals. Seriously. It’s a special relationship between Gabby and Wade; sibling like. I mean, she gave him her finger. Her actual middle finger. To forever insult him. That’s magic right there (see #21 of All-New Wolverine). 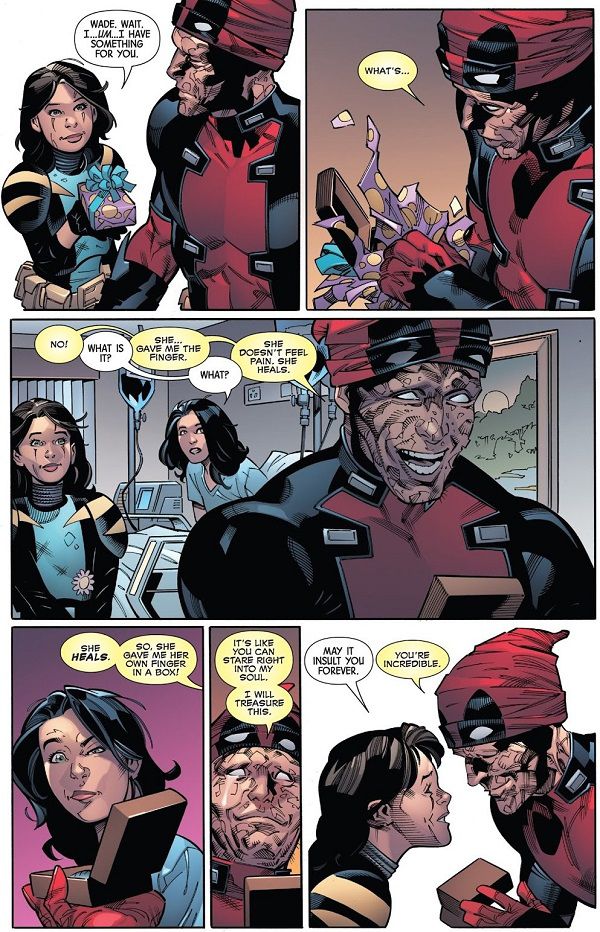 ‘All New Wolverine #21’ by Tom Taylor and Marco Failla 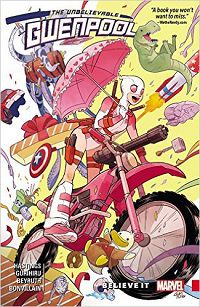 And now we have the spin-offs and the “if you like Deadpool, you’ll love…” – either a sign we were running low on suggestions or Deadpool has had a far greater influence over the comic book genre than we should probably admit too. In this case, Gwenpool is absolutely worthy to be on this list. She was never meant to be; Gwenpool was initially created as a one-time joke, combining two of the most popular characters at the time: Deadpool and Gwen Stacy. Hell, they even had Howard the Duck feature in her comics. That is surely a sign of the low expectations held for her. And yet, Gwenpool was brilliant. Gwen has her own reality-warping abilities, allowing her to break through the fourth-wall just like Deadpool. Personally, I love how Gwenpool calls on her extensive Marvel knowledge to shoot down so many characters; it’s like she is talking directly to each and every one of the fanboys already typing up their comments for this article. 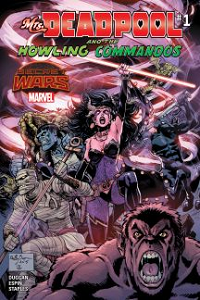 Mrs Deadpool and the Howling Commandos vol. 1, by Gerry Dugan and Salvador Espin

Another Deadpool spin-off, part of the collection in Deadpool Classic Vol. 19: Make War, Not Love. This time with Deadpool narrating from the sideline because he is dead. Well, at least a little bit dead this time. Enough dead-ish to be a ghost so that he can narrate because he just can’t keep out of it. And, well, it is his wife. Mrs Deadpool is perfect for fans of vintage Marvel horror. I mean, she starts off engaged to Dracula and then teams up with Frankenstein’s Monster, Manthing, N’Kantu the Living Mummy, Marcus the Centaur, and Werewolf. Dugan brings his characteristic wit to the writing and the old-school horror story is really enjoyable.

Deadpool is definitely a character you either love or hate. And if you love him, you love him hard. So I’m pretty sure if I missed one of your “best Deadpool comics” here, you’ll want to let me know in the comments, right? 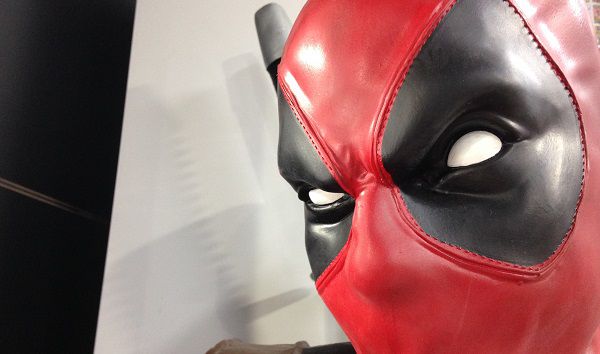