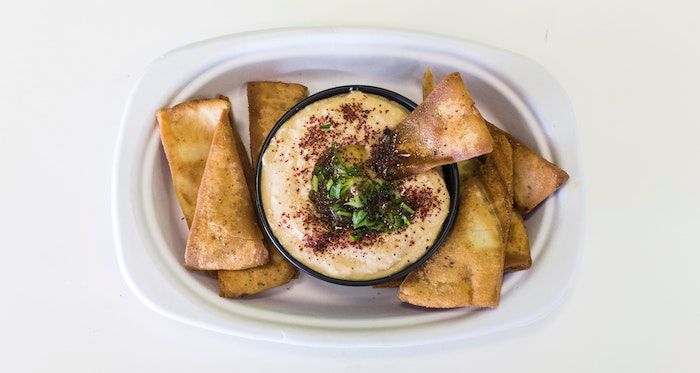 Ahh, hummus. The glorious dip that makes the whole world go round. It has become a complete food option now. It makes life easy for everyone in my opinion. For everyone from the toddler who refuses to sit still for long to someone who can’t find any vegan options they might like to eat, hummus is there.

Originating from the Middle East, hummus has been eaten since the 13th century and is widely eaten to date. I have never eaten two hummuses like each other. Every platter of hummus brings something different to your tastebuds, and I think that’s where its magic lies.

So what makes it a contender for a showdown? The fact that there is nothing like a batch of fresh homemade hummus. I know, people say that about everything they make at home which could otherwise be readily bought at a store, but really trust me on this one. Store-bought hummus, while great, usually has an excess of lemon juice and salt in it, for preservation reasons, which gets in the way of the layers of taste hidden underneath.

I decided to use three Middle Eastern cookbooks also mentioned in this post, and compare their hummus recipes. Like I mentioned, of course, chickpeas and tahini are part of making good hummus, but it’s the little things like the dash of sumac or the swig of parsley that make it so good that your dish is gone in a day.

As anyone who has ever cooked anything knows, the key to achieving that stroke of brilliance in your final dish means being comfortable with improvising. A dish might ask for a teaspoon of cumin, but a tablespoon is what appeals to you instead, and so on. It’s a very deliberate process, making something out of raw ingredients, and I advise you to soak it all in with mindfulness.

The three recipes I picked were chosen because of how they capture the possibility of what all you can do with a can of chickpeas — and the possibilities remain endless. They also capture a varying degree of complexity from beginner to expert, which I think is a nice touch. Without further ado, let the games begin!

Some Notes on Raw Ingredients 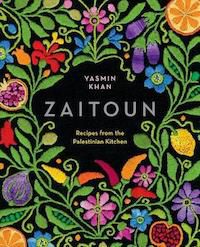 This book is a dream come true for people who love some armchair traveling and eating. It combines pictures from all around the Middle East with traditional but easy-to-follow recipes that will make you want to pack your bags immediately.

Yasmin Khan does a fantastic job of capturing how Middle Eastern food has evolved over time and across geographical regions to become what it is today. Another thing that stood out to me is the blend of vegetarian and non-vegetarian recipes in this book, increasing its accessibility.

This one was the first one I tried and naturally the one I learned the most from. Something very important to remember is to not add water right away when you get your mix ready to blend. The tahini is quite fluid in its texture and has oil of its own.

I added too much water from the get-go and realized the recipe had not asked for it (sometimes I take improvising too far). I had to add an extra can of chickpeas, which in my rush to fix the texture, I did not boil and so the texture of the hummus was chunkier than it needed to be.

This was the only recipe of the three that used cumin in the spices and it was an excellent addition. The call for four ice cubes was also gifted, elevating the refreshing touch of the hummus.

This was a fantastic basic recipe though and I wholeheartedly recommend it. I added some za’atar as a top layer and it worked wonders for the flavor. 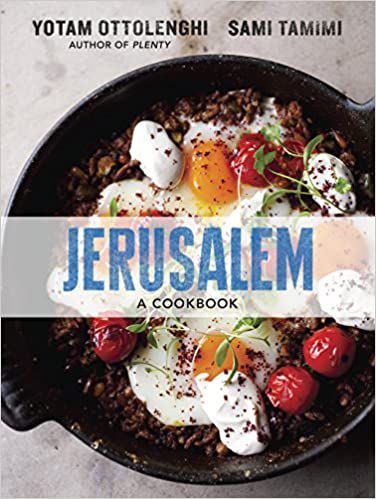 In this cookbook, two restaurant owners join efforts to tell the story of their home country through the evolution of its food.

Beautiful pictures coupled with engaging short stories and recipes will transport you to Morroco, Tunisia, and Eastern Europe. A story of how Jewish and Arabic traditions mix together is told here and makes for a read you want to return to over and over again.

The parsley, black pepper, and paprika in the mix of ingredients were delightful. They added a kick to the flavor which reminded me of a tabouleh salad and was refreshing of its own kind. I had tried making hummus at home before, but never thought to add these three and this recipe made me realize the potential I was missing out on.

I added the water in tablespoons as was needed, and that is definitely the way to go. I was happy with the texture that was not too runny or too thick.

Contestant No. 3: Creamy Hummus With Pine Nuts and Sumac 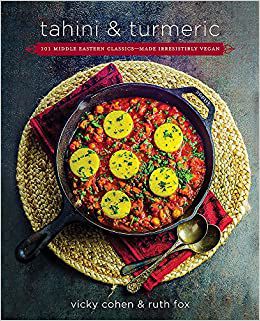 Tahini and Tumeric by Vicky Cohen and Ruth Fox

In this debut collection of recipes by two sisters, you will get to travel from Syria to Spain with recipes that have been made vegan. The intent of this cookbook is twofold; the first is to make recipes from the Middle East more accessible with slight changes to the originating recipes, the second is to make the recipes easy to make without too many convoluted instructions. In my opinion, they accomplish that wonderfully.

Their collection of pictures is also fantastic and just something to consider having to look at. Let’s see the results!

This recipe was fantastic. It was definitely a step away from the usual garlic, chickpea, and tahini trifecta. It completely skipped the garlic and had sumac and nuts in its place instead. I didn’t have pine nuts (the one specified in the recipe on hand) and improvised with roasted cashews to great effect. There was an earthy flavor to it rather than the zesty flavor that accompanies the combo of garlic and lemon, and I was here for it.

The nuts and sumac were also mentioned as garnishing instead of actual parts of the dish, but I added them into the mix. You can expect this one to be thicker rather than on the runny side and that works.

And the Winner is…

The hummus recipe from the cookbook Jerusalem. It was extensive but easy to follow, and the end result was just right. It also was the one my family finished in a matter of moments including my extremely picky toddler, and if that is not the affirmation you are looking for, you are clearly not a parent. Those toddlers are hard to please.

The other two were also excellent, and I anticipate using a mix of these three in the future. Combine any of these with this yogurt flatbread recipe and that is all you need.

As you all know by now, I love good hummus. Every time I see it on a menu, my heart leaps with joy. The sense of nostalgia that I carry with me as an immigrant, eases every time I have a good batch of hummus and becomes my home away from home.