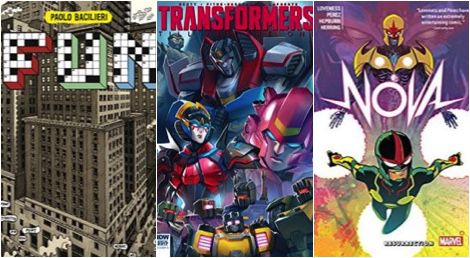 Here’s what we we’re loving in December! 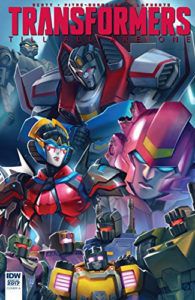 I find it amusing that a comic based on a series of toys from the ’80s nearly brought me to tears this month because of its wistful telling of how things should have gone in the 2016 elections. This series-ending annual finally brings to a head the conflict between Windblade, Starscream, and Elita-One. Despite everyone expecting him to don the crown and reveal his tyrannical ways, Starscream allows general elections to happen on Cybertron, even though he knows he could lose, even though he knows that Windblade, she who saved them all (and released Leige Maximo…oops) is likely to win. And then he does the unthinkable. Not only does he allow things to happen as they should, he reveals in a campaign debate speech every dirty secret, every machination, every crime that he’s committed to get ahead. It’s instantly devastating and launches Windblade into the position that she deserves. The conclusion is so perfect, so satisfying, that it’s practically a fable. And, personally, it made me desperately wish that fiction and real life weren’t always so far apart. It’s a masterful wrap up of Till All Are One. 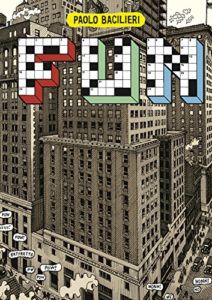 Fun is ambitious, charming, and occasionally frustrating. It’s a love letter to crossword puzzles, containing fascinating historical details about the genesis and development of something I’d previously taken for granted. It’s also a story within a story within a story, with narratives about the historian researching crossword puzzles, the graphic designer researching the historian, and several other people besides. In other words, Fun is twisty and turny like a cleverly constructed crossword puzzle. The look of the book also recalls a crossword, with pages structured like black-and-white grids. The ending is abrupt, and some of the tangents feel pointless (as if they were cannibalized from other projects by the same author). Yet this remains a whimsical, enjoyable comic that lives up to its title. 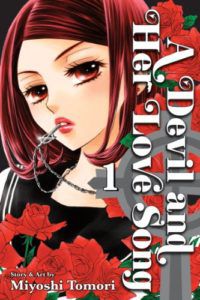 A Devil and Her Love Song, Volume 1 by Miyoshi Tomori

Maria Kawai on the surface is a sharp-tongued, brutally honest teenager. Expelled from a Catholic high school, she comes to Tokutsa High School to learn, and to be left alone. The other teenage girls in the classroom call her a devil, steal her clothes, and scheme to kick her out. Their teacher isn’t much better, where he makes it clear he wants Maria to be expelled and ignores that she just can’t keep her mouth shut. Maria would bear it with stiff upper lip, except two guys in the class—Yusuke Kanda and Shin Meguro—see that Maria, for all her brutal honesty, is just a hurt teenager with a marvelous singing voice. I like how this manga shows that actions do speak louder than words, that bullying does have a negative impact, and that we can’t take any kindness for granted. 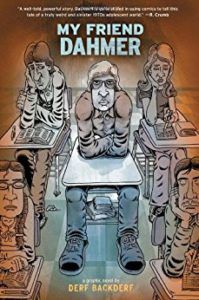 [Trigger Warning: animal cruelty/ suicide/ mocking disabilities.] There’s an obsession with serial killers that usually veers over the gross line for me where the focus is on the crimes, usually in a manner that no longer remembers the victims/families as human beings destroyed by a tragedy. For me what always draws me in to serial killer stories is when there is an exploration or look at society. Regardless of whether you believe that people are born “evil” or shaped by circumstances and society, if you look you will always find moments that leave questions of “what if something different had happened or been done.” This graphic novel is a memoir/biography of sorts by a man who was “friends” with Jeffrey Dahmer in high school and who veers away from obsessing over the crimes and instead tries to show a slice of Dahmer’s childhood. It’s a sad look at childhood in the ‘70s before the internet offered a place to belong when someone didn’t in their own surroundings, and before counselor and teachers were better equipped to try and help troubled kids. It’s also frustrating to see the amount of adults who were too busy struggling themselves, not paying attention, or not wanting to get involved, who never stepped in. In the end it did what good writing does in my opinion: leaves the reader thinking, questioning, and wondering where and how we can do better. 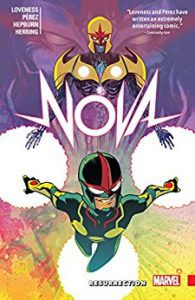 Another Marvel series, another heartbreak. I decided to check this one out on Marvel Unlimited because I’d enjoyed Sam (the current wee Nova) in Avengers and Champions, and by the end of the first issue I was in love. I don’t know anything about Novas, but you don’t need to to enjoy this book. Sam and his family are utterly charming, and the art! Perez fills his pages with clean, bouncy motion that makes every page bubble over with youth and energy. And Herring’s teal-tinged colors are unexpected and breathtaking, especially in the space scenes. Between the adorable teen legacy, tight-knit Latino family, and immensely appealing art, I felt like I’d finally found a successor to the late, great Blue Beetle series of 2006. Of course, this being Marvel, it was canceled after 7 issues. Oh well, there’s always trades, I guess.