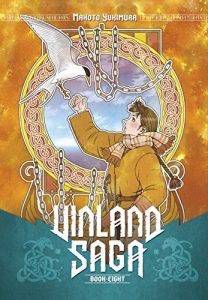 This one snuck in near the very end of the year, but what a comic! Thorfinn & Co. are preparing to journey to the promised Vinland, aka America, which seems like low-key sailing compared to the story arcs that led up to their decision. However, the introduction of a couple of new players with strong motives keeps the story dynamic and unpredictable. A girl who wishes to forsake her arranged marriage and gender roles to become a sailor, as well as an expert hunter/trapper with secret ties to Thorfinn, are making my wait for Volume 9 in June 2017 that much harder to bear. 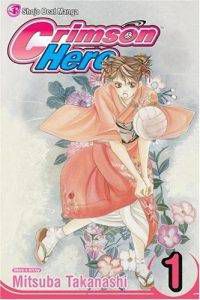 Volleyball has never had higher stakes. Nobara, an heiress to a tacky but profitable restaurant, takes offense when her mother forcibly dissolves a volleyball team at her high school to groom her as the next hostess. She immediately runs away from home and starts working as a dorm mother for the boys’ volleyball team. Nobara rallies to reform the girls’ volleyball team, win a few games, and qualify for the Spring Tournament. She has to struggle on a regular basis. 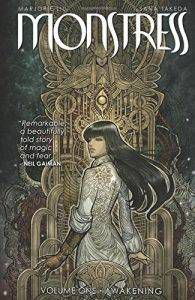 A beautifully illustrated – I mean really stunning – fantasy comic for adults. It is both Monstress, a female-driven adventure, taking in politics and intrigue along the way, and monstrous – it goes to some dark places, but always to advance the story or anchor the narrative in the ‘reality’ of the world being created. Like all great fantasy, it reflects the social context in which it was written; its themes of conflict and marginalisation are particularly timely, given current global events. 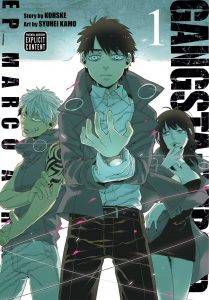 The main Gangsta series may be on hiatus due to Kohske’s health, but fans can still get their fix from this prequel series. Set several years before the main series, it focuses on Marco Adriano back when he was known as Spas and a member of the Destroyers. This opening volume launches with the infamous attack on the city of Ergastulum and ends with the first cracks in Marco’s fervent belief that the Destroyers’ mission is right and just. As with the main series, it explores oppression, subjugation, and humanity…and the fact that the monster might not be standing in front of you but rather lurking in your heart. 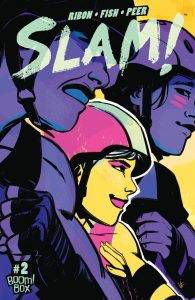 Many years ago A&E had a reality show called Rollergirls that followed the lives of women in a Texas Roller Derby league and I loved every single second of that show. Slam! Is managing to fill that gigantic void in my heart that misses those women and their lives on and off the track. 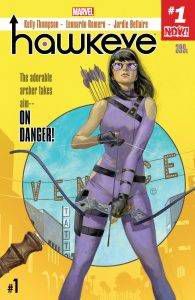 I love Kate Bishop. I met her in Young Avengers, and got to know her in Hawkeye (the Fraction and Aja version). Kate’s solo title does not disappoint, giving us a glimpse into the everyday life of a not so everyday hero. From setting up her office to foiling a bank robbery, Kate does it all with a wink and a smirk, and L.A. is the perfect setting. The pages practically radiate sunshine. 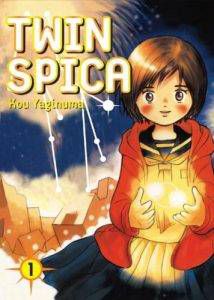 In an alternate-universe 2010, Japan launches The Lion, its first manned spacecraft – only to see it fail moments after takeoff, crashing into a populated area and killing or injuring dozens of bystanders. Ten years later, Asumi Kamogawa refuses to let her mother’s death in the Lion incident dampen her dreams of becoming an astronaut. This is primarily a series about endurance in the face of grief, with a gentle twist of magical realism. Some of the volumes seem to be out of print and can therefore be expensive to purchase in good condition, so get thee to the ebooks! 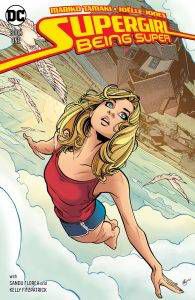 As a longtime Supergirl fan, I’m overwhelmed by the sudden outpouring of quality content for the character. There’s my beloved TV show, the excellent Adventures of Supergirl tie-in comic, the equally excellent main continuity Supergirl book, her prominent place in the wildly popular DC Super Hero Girls line – and now there’s Being Super. The first issue of this out-of-continuity miniseries gives us a Kara on the cusp of her 16th birthday, puzzling over who she was before her adoptive parents found her in a rocket at age 8, with no memory of how she got there. Tamaki and Jones’s Midvale is sweetly melancholy and slightly eerie, with wonderfully realized supporting characters and an introspective, very teenage-feeling Kara at its heart. This book is what Smallville wishes it could have been. 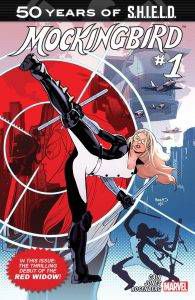 I’ve been trying to catch up on my Marvel Unlimited reading (I forgot I had a subscription for awhile there), and this Mockingbird one-shot was at the top of my list. I’m excited to dive into the Mockingbird trade, but I wanted to check out Cain’s initial run with the character first, and I wasn’t disappointed. Bobbi is smart, hilarious, and really, everything I didn’t know I wanted in a main character. I’m sad her solo series is only 8 issues, but man, it’ll be a great ride.