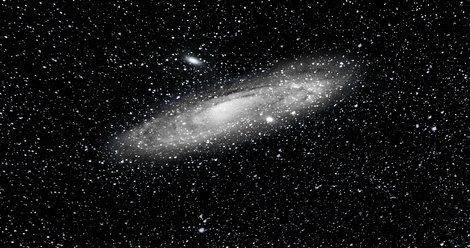 Carl Sagan: Professor. Science advocate. Astrophysicist. Gold record collector. Author. Turtleneck enthusiast. Sagan’s combination of wonderment, scientific curiosity, and the ability to communicate it to the masses made him a national treasure, one that is sorely missed in these dark times of scientific denial. Here is a collection of Carl Sagan quotes about lifelong learning that you can set your cosmic watch by. 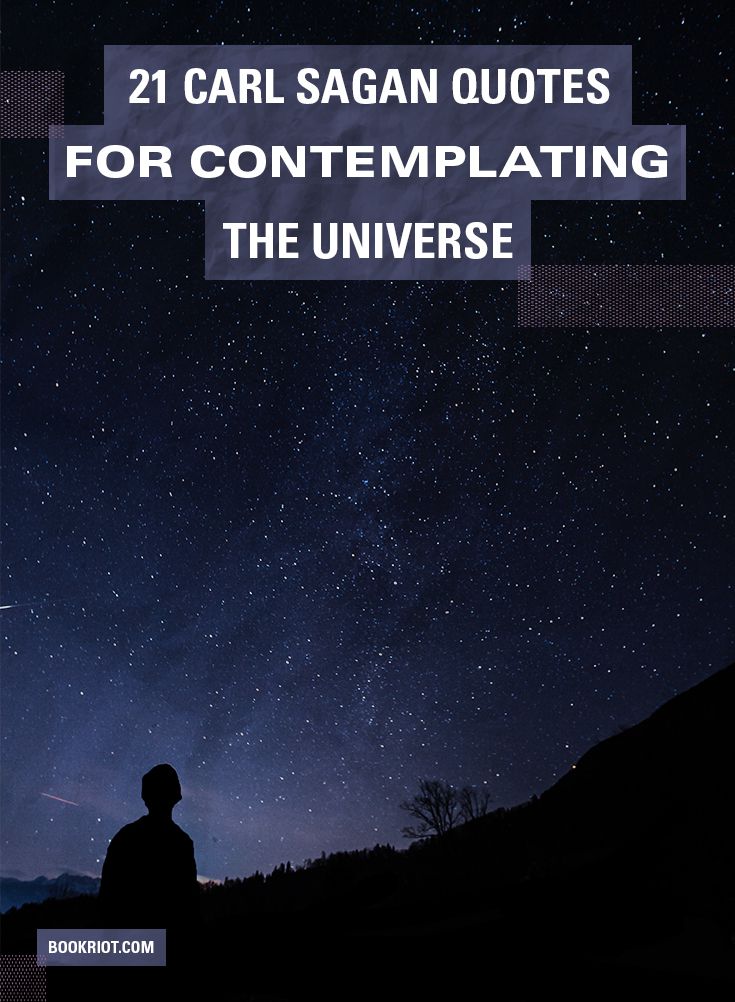 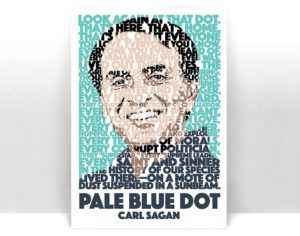 “Exploration is in our nature. We began as wanderers, and we are wanderers still. We have lingered long enough on the shores of the cosmic ocean. We are ready at last to set sail for the stars.” —Cosmos

“One of the saddest lessons of history is this: If we’ve been bamboozled long enough, we tend to reject any evidence of the bamboozle. We’re no longer interested in finding out the truth. The bamboozle has captured us. It’s simply too painful to acknowledge, even to ourselves, that we’ve been taken. Once you give a charlatan power over you, you almost never get it back.” —The Demon-Haunted World: Science as a Candle in the Dark

“[T]he prediction I can make with the highest confidence is that the most amazing discoveries will be ones we are not today wise enough to foresee.” —Billions and Billions: Thoughts on Life and Death at the Brink of the Millennium

“A book is made from a tree. It is an assemblage of flat, flexible parts imprinted with dark pigmented squiggles. One glance at it and you hear the voice of another person—perhaps someone dead for thousands of years. Across the millennia, the author is speaking, clearly and silently, inside your head, directly to you. Writing is perhaps the greatest of human inventions, binding together people, citizens of distant epochs, who never knew one another. Books break the shackles of time, proof that humans can work magic.” —Cosmos

“For me, it is far better to grasp the Universe as it really is than to persist in delusion, however satisfying and reassuring.” —The Demon-Haunted World: Science as a Candle in the Dark

“Science is based on experiment, on a willingness to challenge old dogma, on an openness to see the universe as it really is.” —Broca’s Brain: Reflections on the Romance of Science

“I think if we ever reach the point where we think we thoroughly understand who we are and where we came from, we will have failed.” —The Varieties of Scientific Experience 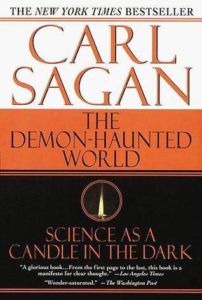 “Books, purchasable at low cost, permit us to interrogate the past with high accuracy; to tap the wisdom of our species; to understand the point of view of others, and not just those in power; to contemplate—with the best teachers—the insights, painfully extracted from Nature, of the greatest minds that ever were, drawn from the entire planet and from all of our history. They allow people long dead to talk inside our heads. Books can accompany us everywhere. Books are patient where we are slow to understand, allow us to go over the hard parts as many times as we wish, and are never critical of our lapses. Books are key to understanding the world and participating in a democratic society.” —The Demon-Haunted World: Science as a Candle in the Dark

“Knowing a great deal is not the same as being smart; intelligence is not information alone but also judgment, the manner in which information is coordinated and used.” —Cosmos

“For small creatures such as we the vastness is bearable only through love.” —Contact

“Every one of us is, in the cosmic perspective, precious. If a human disagrees with you, let him live. In a hundred billion galaxies, you will not find another.” —Cosmos

“The world is so exquisite, with so much love and moral depth, that there is no reason to deceive ourselves with pretty stories for which there’s little good evidence. Far better, it seems to me, in our vulnerability, is to look Death in the eye and to be grateful every day for the brief but magnificent opportunity that life provides.” —Billions and Billions: Thoughts on Life and Death at the Brink of the Millennium

“I think it’s amazing that you’ve done as well as you have. You’ve got hardly any theory of social organization, astonishingly backward economic systems, no grasp of the machinery of historical prediction, and very little knowledge about yourselves. Considering how fast your world is changing, it’s amazing you haven’t blown yourselves to bits by now.” —Contact

“In general, human societies are not innovative. They are hierarchical and ritualistic. Suggestions for change are greeted with suspicion: they imply an unpleasant future variation in ritual and hierarchy: an exchange of one set of rituals for another, or perhaps for a less structured society with fewer rituals. And yet there are times when societies must change.” —Dragons of Eden: Speculations on the Evolution of Human Intelligence

“Look again at that dot. That’s here. That’s home. That’s us. On it everyone you love, everyone you know, everyone you ever heard of, every human being who ever was, lived out their lives. The aggregate of our joy and suffering, thousands of confident religions, ideologies, and economic doctrines, every hunter and forager, every hero and coward, every creator and destroyer of civilization, every king and peasant, every young couple in love, every mother and father, hopeful child, inventor and explorer, every teacher of morals, every corrupt politician, every “superstar,” every “supreme leader,” every saint and sinner in the history of our species lived there—on a mote of dust suspended in a sunbeam.” —Pale Blue Dot: A Vision of the Human Future in Space

Carl Sagan Quotes on Nature, Earth, and the Future

“Before we devised artificial lights and atmospheric pollution and modern forms of nocturnal entertainment, we watched the stars. There were practical calendrical reasons, of course, but there was more to it than that. Even today, the most jaded city dweller can be unexpectedly moved upon encountering a clear night sky studded with thousands of twinkling stars.” —Pale Blue Dot: A Vision of the Human Future in Space 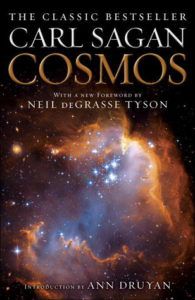 “What a marvelous cooperative arrangement—plants and animals each inhaling the other’s exhalations, a kind of planet-wide mutual mouth-to-stoma resuscitation, the entire elegant cycle powered by a star 150 million kilometers away.” —Cosmos

“The Earth is a place. It is by no means the only place. It is not even a typical place. No planet or star or galaxy can be typical, because the Cosmos is mostly empty. The only typical place is within the vast, cold, universal vacuum, the everlasting night of intergalactic space, a place so strange and desolate that, by comparison, planets and stars and galaxies seem achingly rare and lovely.” —Cosmos

“The visions we offer our children shape the future. It matters what those visions are. Often they become self-fulfilling prophecies. Dreams are maps.” —Pale Blue Dot: A Vision of the Human Future in Space

“I have a foreboding of an America in my children’s or grandchildren’s time—when the United States is a service and information economy; when nearly all the manufacturing industries have slipped away to other countries; when awesome technological powers are in the hands of a very few, and no one representing the public interest can even grasp the issues; when the people have lost the ability to set their own agendas or knowledgeably question those in authority; when, clutching our crystals and nervously consulting our horoscopes, our critical faculties in decline, unable to distinguish between what feels good and what’s true, we slide, almost without noticing, back into superstition and darkness.” —The Demon-Haunted World: Science as a Candle in the Dark

Bonus narration: just for the goosebumps