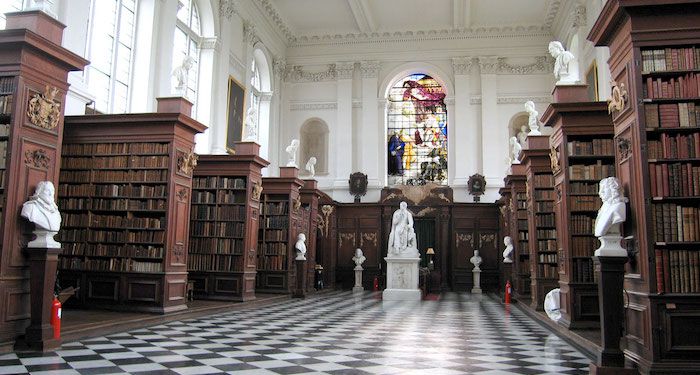 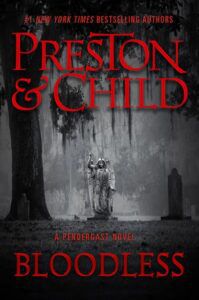 Agent Pendergast takes on a bizarre and gruesome case: in the ghost-haunted city of Savannah, bodies are found with no blood left in their veins—sowing panic and reviving whispered tales of the infamous Savannah Vampire. As the mystery rises along with the body count, Pendergast and his partner, Agent Coldmoon, race to understand how—or if—these murders are connected to an infamous skyjacking, and together they’ll uncover not just the answer…but an unearthly evil beyond all imagining.

It's a case like no other in the new installment of Preston & Child’s #1 New York Times bestselling series.

At 116 libraries and 16 million books, Cambridge is a bibliophile’s dream. With so many old and famous libraries, though, it’s difficult to know where to begin. Here’s a (very subjective) list on some of the ones worth seeing.

Admittedly, COVID restrictions mean that it may not currently be possible to enter, but hopefully that will be possible soon!

Okay, this one is obviously a classic. The main library that serves the whole university, it was founded somewhere around the 14th century and now holds over 9 million items.

Aesthetically, I’m forced to admit it’s nothing to write home about: it looks rather like an industrial prison complex. If we’re talking looks, the Bodleian in Oxford is sadly much more beautiful, with its classical architecture and eye-catching blue dome. However, the UL is one of only six legal deposit libraries in the UK, meaning by law it’s entitled to receive a copy of every single book published in the nation. This makes it an invaluable research resource. Wandering through the narrow, cramped passageways, in between miles of dark shelving, can really make you feel a sense of “library-hood” which (almost) makes up for the less than pleasing exterior.

Designed by famed architect Sir Christopher Wren in 1676, the Wren Library — flagship library of the University’s wealthiest college — is a Grade I listed building. It’s reportedly one of the earliest libraries to have been built with large windows in order to provide maximum light to the readers.

To be perfectly honest, it’s surprisingly small; I was a little underwhelmed when I first entered. But there’s another library in the college anyway to meet the needs of students, and the Wren’s collection of rare manuscripts is impressive. They include several original Isaac Newton manuscripts, A.A. Milne’s own manuscript for Winnie the Pooh, the first book to have been printed in English, and more.

17th century diarist Samuel Pepys bequeathed his immense private library to his alma mater, Magdalene, when he died in 1703. It contains over 3,000 items, and as per the bequest, no books may be sold or added. The college has also preserved the original bookcases which the books first arrived in, as well as maintaining the order he placed them in.

Naturally, Pepys’s famous diaries form one of the most significant elements of the library, but there are also several medieval manuscripts, Sir Francis Drake’s almanac, and a huge collection of printed ballads. The library is housed in the Pepys Building, of which he partially paid for the construction.

Bequeathed to Corpus by Matthew Parker, a 16th century Archbishop of Canterbury, the Parker Library consists of over 600 rare books and manuscripts which he mostly saved from the monasteries dissolved by Henry VIII. These include the earliest copy of the Anglo-Saxon Chronicle (which predates the Norman Conquest); a psalter owned by Thomas Becket; and Geoffrey Chaucer’s Troilus and Criseyde. Many of the books in the collection are over 1,000 years old.

Its most important piece is the St Augustine Gospels, one of the oldest European books in existence. Made in Italy in the 6th century, it’s widely considered to have been brought to England by St Augustine in 597 CE, when he was sent by Pope Gregory the Great to convert the Anglo-Saxons. It’s now taken out on special occasions such as the enthronement of new Archbishops of Canterbury, for which the Master of Corpus will transport the gospel to Canterbury.

It would be remiss of me to write an article like this and not include my own college library somewhere in the roundup. I won’t say too much, as I’ve already previously written up a virtual tour.

I will, however, go into a little more detail about the Katharine Stephen room, which houses our rare books collection. Named after an old Principal of Newnham who was also the cousin of Virginia Woolf, it was built in 1982 and achieved Grade II listing in 2018. It carries over 6,000 rare books and manuscripts, such as 16th century Shakespeare editions, original 1700s copies of Tatler, and more. I was also particularly surprised to go in once and see that it contains, in a small glass case, a ring with the braided hair of Emily and Charlotte Brontë.

Looking for more libraries to visit? Check out these beautiful libraries from around the world.