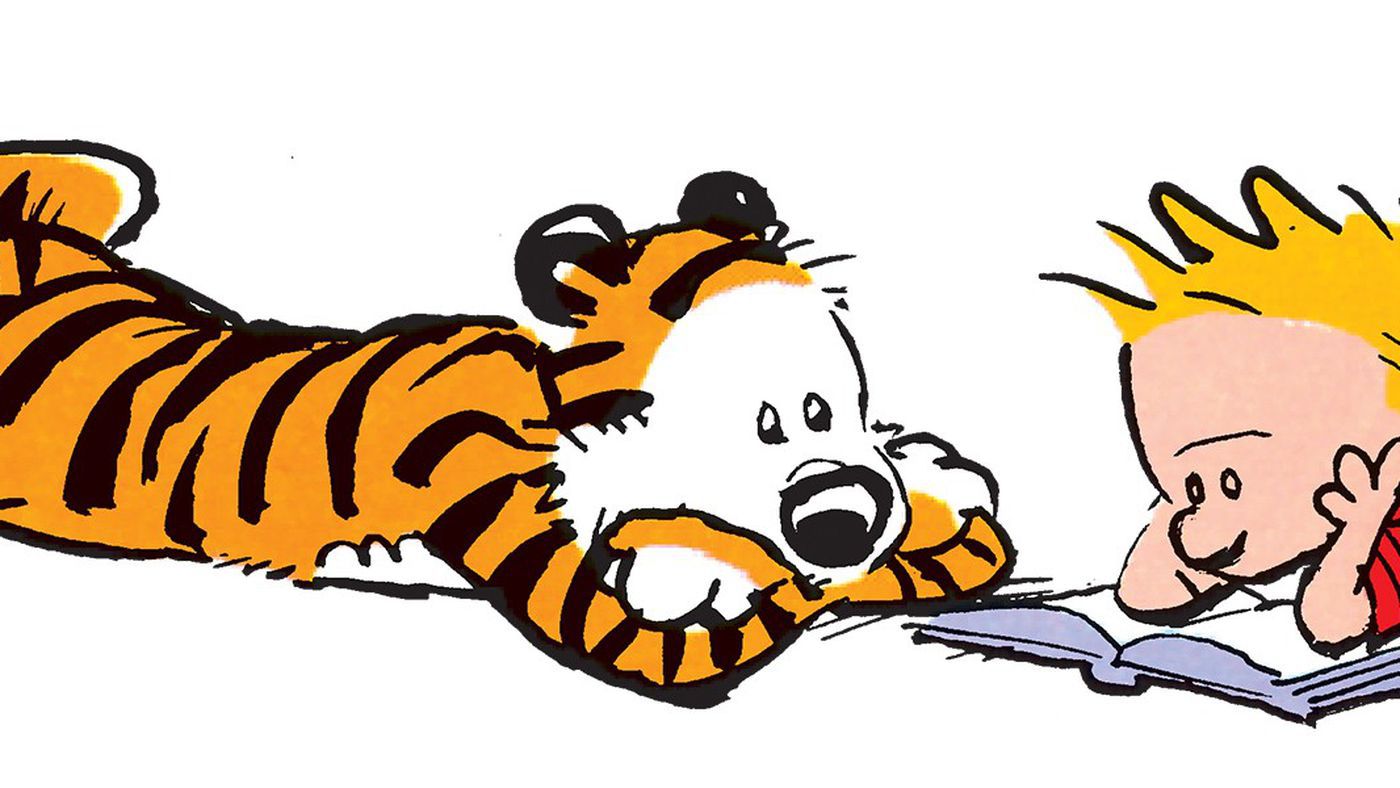 My palate for news has matured slightly since I was a child. But for a good two years in the mid-1990s, I looked forward to the daily newspaper for one thing and one thing only: Calvin and Hobbes.

Sure, there were other comic strips I enjoyed, but nothing captured my imagination quite like the adventures of Calvin, an imaginative 6-year-old, and his best friend Hobbes, a stuffed tiger that became real whenever they were alone. (Many descriptions describe Hobbes as “real only to Calvin,” but this is nonsense. Everyone knows that Hobbes was plenty real, he just appeared stuffed to everyone else. Sort of like a reverse Toy Story situation.)

The brainchild of American cartoonist Bill Watterson, Calvin and Hobbes was syndicated from November 18, 1985 to December 31, 1995. Over that decade, it gained wild commercial and critical success. In fact, it became so popular that Watterson fought an exhausting legal battle to restrict merchandising rights to his creations, fearing that people trying to profit off of his artwork would cheapen the strip’s impact. When he finally retired the comic, it was because he felt he had accomplished all he could within the constraints of the medium.

I was 10 when the strip ended, and remember feeling cheated. I had only just begun to discover its greatness, and like all children, I wanted good things to last forever. How could I ever enjoy this incredible strip again?

Then my school had a book fair, and I purchased Yukon Ho!, one of the earliest Calvin and Hobbes collections. I read it cover to cover several times over. I went on to collect the entire run of the strip in several books, reading them tirelessly until they were practically memorized.

In all, there are 19 official Calvin and Hobbes books. Most are black and white. Every few years, the publisher Andrews McMeel would combine two books into a compendium and include full-page color panels of the Sunday strips.

The following eight books, plus the complete collection at the end, contain every Calvin and Hobbes comic strip Watterson ever drew. There are other books that collect some of his favorites with commentary that are worth checking out. These collections were chosen because they simply contain the entire history of the strip.

Here I attempt to rank them from best to greatest, knowing full well that Watterson would despise the practice, while Calvin would most likely mercilessly criticize my choices. Hobbes would be more even-keeled, and then ask for a tuna sandwich. 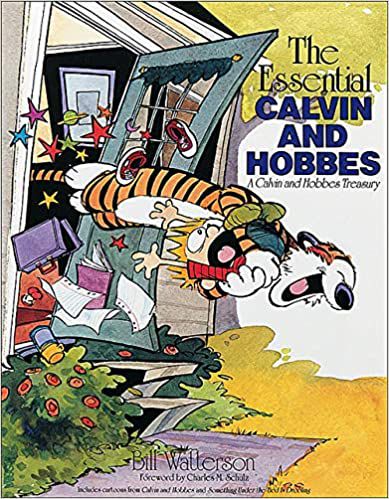 The Essential Calvin and Hobbes

The very first Calvin and Hobbes compendium includes the earliest era of the strip, November 1985 to August 1986. It combines the first two collections that came out: Calvin and Hobbes and Something Under the Bed Is Drooling. While the comic was certainly hilarious from the start, these earlier strips aren’t drawn as sharply, and the humor isn’t quite as inventive or satirical as later on. But Watterson was just getting warmed up. 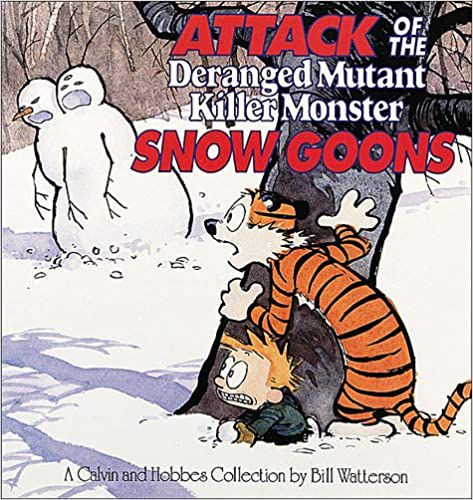 This book has one of the most wickedly fun arcs from the strip’s history, in which Calvin’s snowman creations gain sentience and become deformed monsters that attack Calvin, Hobbes, and threaten the safety of their family. Unfortunately, it’s also one of the only books not reprinted in a larger collection, so it doesn’t contain any color Sunday strips. 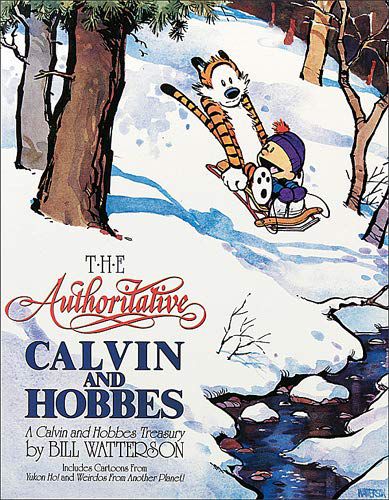 The Authoritative Calvin and Hobbes

This compendium collects two more books: Yukon Ho! and Weirdos from Another Planet. While a lot of fun, neither of these title stories are as clever as some of the later story arcs in other collections. This book does have something pretty great, though: an original, never-before-seen seven-page story where Calvin transmogrifies himself into an elephant in order to help himself with some homework. 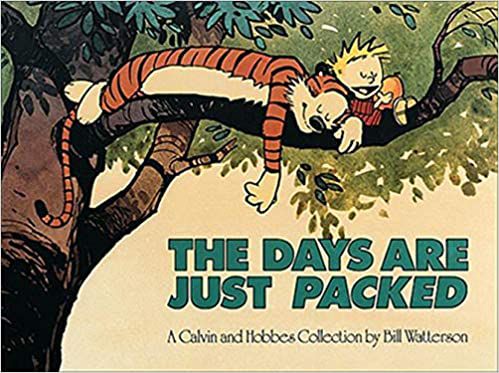 The Days Are Just Packed

This collection comes next solely because it excludes a few months of the comic’s run, due to them already being reprinted in other collections. The strips inside ran from April 11, 1991 to November 1, 1992, but exclude May 5, 1991 to Feb 1, 1992. By then, the strip had more than hit its stride. Watterson was experimenting more with colors and layout, and the imagination and creativity just oozes off every panel. 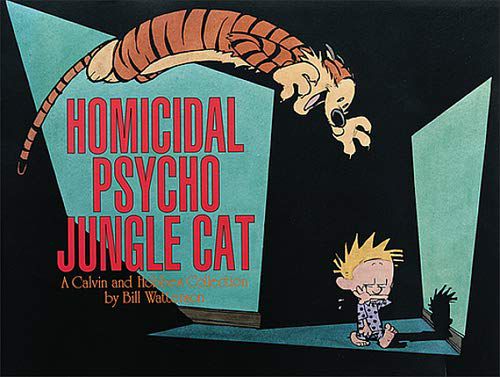 This book delves into the complexity of Calvin and Hobbe’s friendship. The title references Hobbe’s love of stalking Calvin in the middle of the night, and it opens with a fun sequence in which Calvin begins receiving hate mail from someone, who later turns out to be none other than Hobbes. 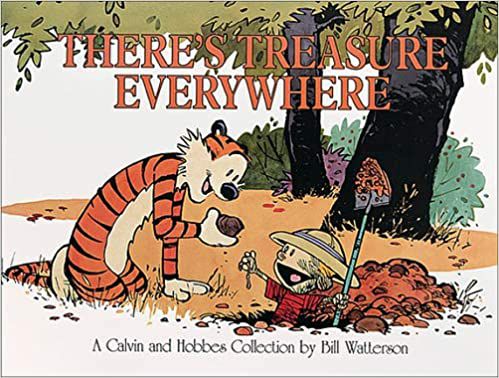 There’s Treasure Everywhere might contain the most beautifully profound strip in Calvin and Hobbes history. In the September 19, 1993 Sunday comic, Calvin and Hobbes come across a dead bird, which leads to Calvin’s rumination on the brevity of life and the thoughtless actions of those who take it all for granted. It’s only ten panels, but exemplifies what set this comic apart. I still think about this particular comic often, and I can’t really say that about anything else I found in the funnies. 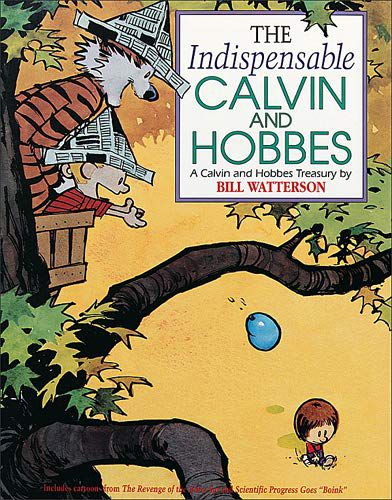 This treasury includes two of my all-time favorite story arcs: the titular runs from The Revenge of the Baby-Sat and Scientific Progress Goes Boink. In the former, Calvin and Hobbes wreak havoc on their unfortunate babysitter, Rosalyn, who’s only trying to study for a school exam. In the latter, Calvin “invents” a duplicator and clones himself multiple times over, which as you might imagine, does not go exactly as planned. 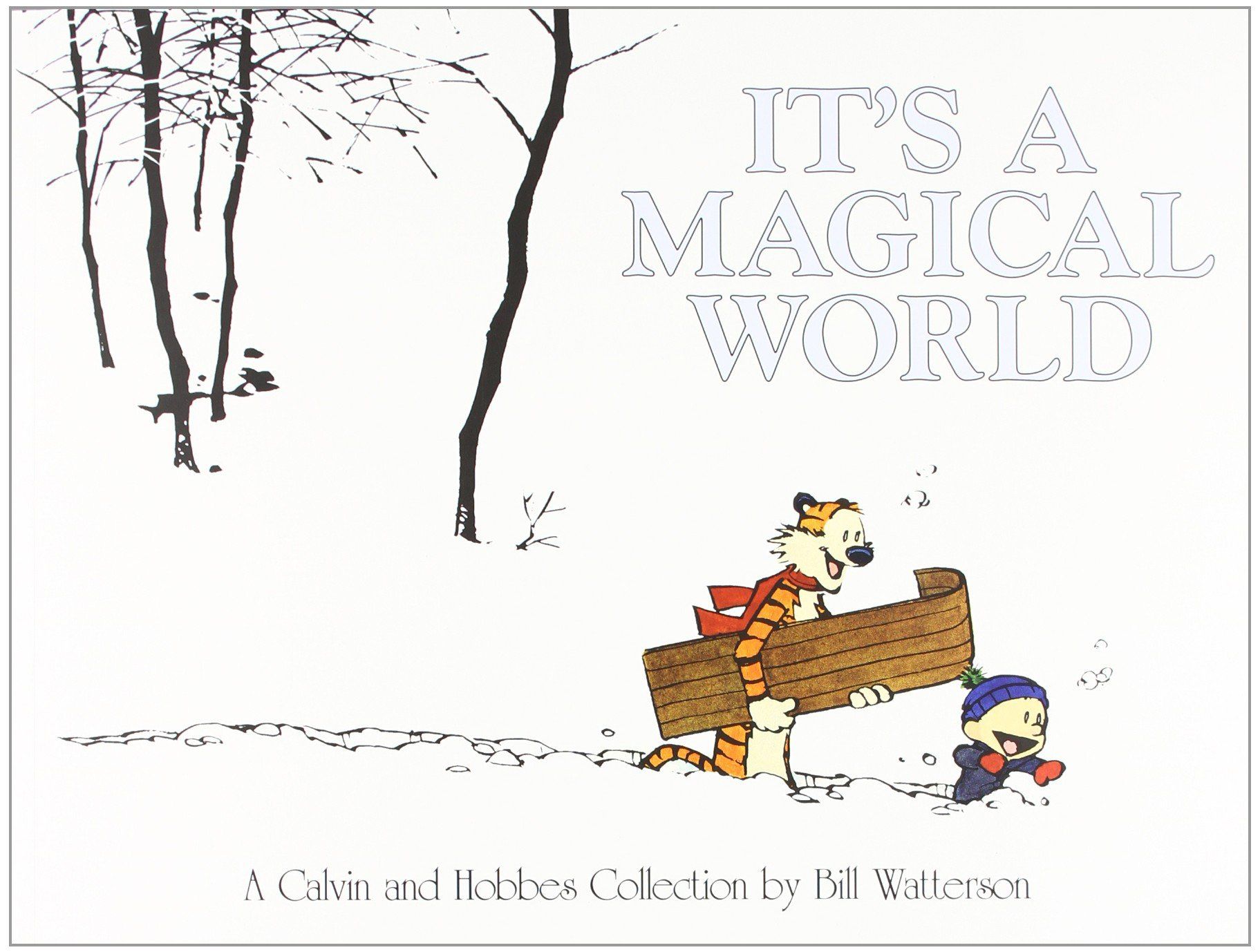 This book is quite possibly the crowning achievement of Watterson’s career, since he retired after saying that he felt he had accomplished all he could with the strip. It contains all of the strips from the end of the run, May–December 1995. Its title comes from the final strip that he ever drew, which appeared on New Year’s Eve. In it, Calvin and Hobbes awake to a world fresh with snow, and sled off into a world ripe for exploring. “I like to think that, now that I’m not recording everything they do, Calvin and Hobbes are out there having an even better time,” Watterson wrote in the introduction to the complete box set. And now I’m not crying; you are. 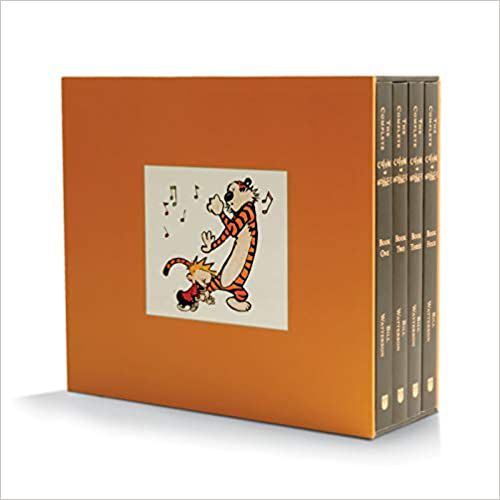 The Complete Calvin and Hobbes

The Big Kahuna, The crème-de-la-crème, the comics collection to end all comics collections, this multi-volume set (three in hardcover and four in paperback) is a must-have for any serious Calvin and Hobbes fan. It contains every strip from the comic’s entire ten-year run, including some special features that the other collections also contained. So why own just a few if you can own them all? You’re definitely going to shill out a pretty penny for this stunning set, but you can’t really put a price on art, right?

It’s hard to overstate the impact of Calvin and Hobbes. The strip dealt with themes of family, friendship, childhood, imagination, and ultimately, love. Watterson’s insightful commentary on things like the media, opinion polls, the over-commercialization of art, and the daily grind of life are lessons that resonate still, almost thirty years later. Whether you’re just discovering Calvin and Hobbes for the first time, or it’s been awhile, now is the time to re-familiarize yourself with what is, in my humble opinion, the greatest newspaper comic strip of all time.