I have been blogging for almost a year, and in that time, I have written a lot of “5 Best Books” lists. As the end draws near, however, I am finding it difficult to identify the books that I consider the “best” of the year. This is partly because I know that I’m about to settle in to two weeks of some serious reading, and I just know that I’ll find something in those two weeks that should have been on the list. That happened in June, when I posted a “5 Best Books of 2011….so far” list. Within weeks, I had read a stack of new books that bumped some of my original choices right off the list. Now, I’m taking the easy way out. Instead of making a proper list, I’m going to hand out a few awards to books for doing things that caught my attention. 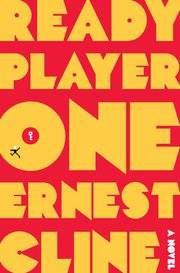 The characters in this futuristic novel have a fascination with the past. Eighties references fill the pages, and readers are reminded of all their own memories of the eighties, even if they were too young to take part. It’s like Cline took all of his favorite things from back then and made sure to mention them at least once in the book. This could have gotten really old really quickly, and it would have, if not for Wade. He takes an almost scholarly approach to his quest for Halliday’s Easter egg, and that detachment keeps the whole thing from being too over the top. There are a few places, though, where Cline indulges his inner geek, but I found that I liked the mash-ups, in all their various forms: “I’d had it only a few weeks now, but my time-traveling, Ghost Busting, Knight Riding, matter-penetrating DeLorean had already become my avatar’s trademark.” 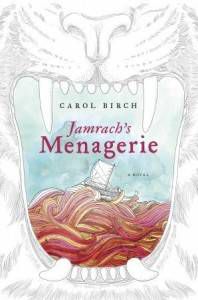 This novel gained a lot of attention earlier this year when it was short-listed for the Booker Prize. It tells the story Jaffy Brown, a young boy who must work hard to provide for himself and his mother. He works for Mr. Jamrach, an importer of exotic animals, and his job takes him aboard a whaling ship in search of a dragon. It is a journey that he only barely survives, and that is where the disturbing plot twist comes into play. There is a shipwreck, and I expected them to find their way to some remote island. I thought it would be something like a 19th century Lord of the Flies. Instead,  it is more like the Donner Party at sea.  It makes quite an impact on the reader-and on Jaffy Brown. Watching him come to grips with what he has been through once he returns home is what makes the horror of his journey bearable for the reader.

This is not the first time that Cleopatra has served as the inspiration for a novel, and I am sure that it will not be the last. Authors turn to her because of the epic quality of her story. She was a powerful and influential ruler. She had romantic relationships with some of the world’s most powerful men, a move that some consider a sign of a shrew political mind. For others, it says that she was a hopeless romantic. Headley considers both alternatives. In her story, love is Cleopatra’s motivation for doing all the things that she does and for becoming the creature that she becomes. The political savvy is there, too, but it is soon clouded by her desire to recover what has been lost. This is a side to Cleopatra that no one has ever seen before. It gives all new meaning to “Hell hath no fury….”

“When she woke, she was red.” As a sentence, maybe it doesn’t seem all that special. The thing that makes it work is the story that it introduces. The thing that makes it amazing is the last sentence of the novel. I do not think that I have ever felt so supremely satisfied by a pair of sentences. If you were to read them both, you would know that the story that falls between them is one of change. The world is being shown to be something other than what Hannah Payne has always thought it to be. To survive in it, she must change her attitude and her way of thinking. She has to become a whole new person. The end result is more than worth the struggle – “She woke, and she was herself.” 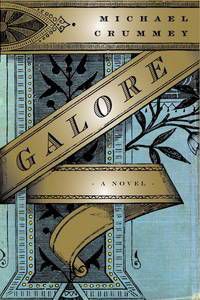 Many of  the people who read this novel are just not sure what to make of  the ending. It seems fairly straight forward. A soldier strips down and allows himself to fall into the ocean from the deck of a ship. He does this as a humpback whale breaches nearby and while he is thinking of a girl back home. The problem is that the reader is not entirely sure who this soldier is. Is it Judah, who arrives in Paradise Deep in the Belly of a whale then disappears without a trace many, many years later? Or is it his great-grandson, Abel, who goes off to war with thoughts of the woman he loves in his head? I know what I think happened, but, to be honest, I am happy with either ending. Either way, the story comes full circle.