Some of the best books we have read end up becoming movies. Typically we might think it’s a terrible idea and we may even curse the heavens asking ourselves why the heck someone would ruin a great book by turining it into a crappy movie. I have to admit that sometimes some of those movies turn out okay. But there are some books that never get that movie deal, and that is okay too. Not every book should be turned into a movie.

Over the years I have watched countles movies that I feel can be paired up with some pretty good books. These movies are not based off a specific book but can be matched with a single book or multiple books based on their genre/plot. I tried to match some of the better movies I have seen with some pretty great books. I would not want to recommend a subpar movie or book because I genuinely want you to enjoy both. So here is what I have come up with:

Movie: Nacho Libre, Books: The Great and Mighty Nikko or Maximilian and the Mystery of the Guardian Angel: A Bilingual Lucha Libre Thriller 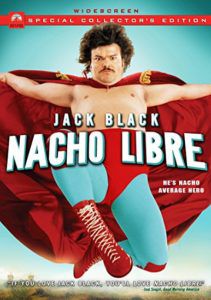 Nacho Libre is a cult classic that many people have quoted from or still quote from. Just the other day, my wife and I were shopping for groceries and we found ourselves quoting Nacho: “Save me a piece of that corn for later.” We have seen the movie at least twenty times and we now have our four year old son quoting lines. It’s quite comical. The movie is hilarious but is not based on any specific book. The character is loosely based on the Mexican wrestler Fray Tormenta. Since it is about lucha libre (Mexican wrestling), I 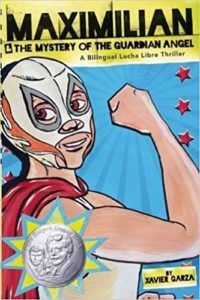 think this movie can be paired up easily with a couple of Xavier Garza’s books. He specifically writes about lucha libre and his books contain great pictures (drawn by him) that resemble some of the awesome Mexican wrestlers that can be seen in Nacho Libre. These books are also bilingual books, which means the book is told in English and Spanish. His books are quite comical also and are all about Mexican luchadores doing amazing things. The books may appeal to all ages so if you pick one of them up, I promise you will enjoy it. I can’t help but picture Nacho reading one of Xavier Garza’s books and just enjoying the heck out of it. If you are like me, you will be quoting from the movie in no time: “I’m not listening to you! You only believe in science. That’s probably why we never win.”

Movie: Saving Private Ryan, Book: The Dead and Those About to Die 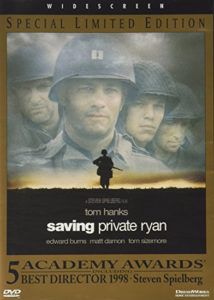 Saving Private Ryan is one of the greatest World War II movies ever made. The overall movie is fictitious but it is based off of real WWII events, especially the opening scene. For those of you who do not know what D-Day is, it is the greatest and most daring amphibious assault in the history of the world. Allied troops (American, British and Canadian) stormed five beachheads off the Normandy (France) coast on June 6, 1944 in an attempt to establish a foothold in France to eventually push out Nazi Germany. There are hundreds of books that 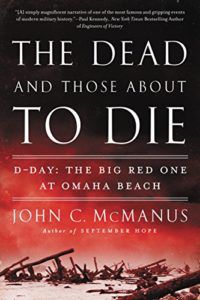 discuss D-Day, the events leading up to it and everything that occurred after it but not many books describe in detail the carnage and catastrophic events of the actual day like John C. McManus’s The Dead and Those About to Die. The book gives firsthand accounts of the men who stormed Omaha Beach and either lived to tell about it or died there on the beach in 1944. Brigadier General George A. Taylor was quoted as saying about the beach: “There are two kinds of people who are staying on this beach: those who are dead and those who are going to die. Now let’s get the hell out of here.” It was unimaginable. My great uncle stormed Omaha Beach on that fateful day and lived to tell about it (whenever he felt up to telling about it). There is no other book I have read, and I have read plenty, that better describes just what the Allied troops saw on those beaches. Saving Private Ryan also does a great job of showing us an imagined glimpse of what things were like on June 6, 1944. I recommend you read the book and watch the movie. 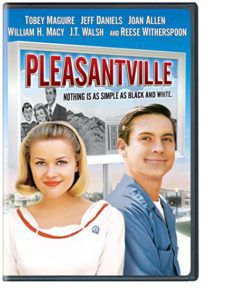 Now I know The Giver had a movie based off the book but was it really based off of it? The movie was terrible and paid no real homage to the Lois Lowry classic. The movie left out key parts of the book and was just a failure overall, in my opinion. I actually feel that the movie Pleasantville, although it has never been confirmed that it is based off The Giver, is a much better matchup with the book. I think if you read the book and then watch the movie, or vice 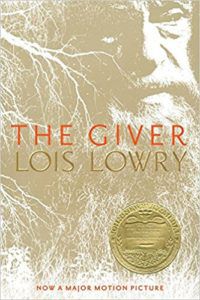 versa, you will walk away feeling like the pair was meant to be. Pleasantville not only stars some of Hollywood’s elite but it is filled with comedy, joy, sadness and triumph. In many ways, it is eerily similar to The Giver and is a movie I can watch over and over again. The Giver is a great book and deserved a great movie, but that did not come to fruition. Both book and movie depict towns that live “perfect” lives all in black and white and problems are basically nonexistent. Everyone seems perfect and bland. Who would want to live in a world like that? Tobery Maguire’s character in the movie is very similar to Jonas, the main character in The Giver. Both can see color and realize that things need to change for the better. I remember one movie scene where the school’s basketball team shoots about one hundred shots without missing a single basket. That would mean their opponent, if there was an opponent, would never miss a shot either. What a boring game that would be to watch! Anyway, I recomend the movie and the book. Both are great and worth your time.

I know this is a little unorthadox, pairing books with movies that weren’t based off of them, but at the library I work at patrons always ask me to recommend a movie to them that was similar to a certain book or vice versa. I got used to making these kinds of recommendations so I am passing on some of my knowledge to you. Let me know what you think!