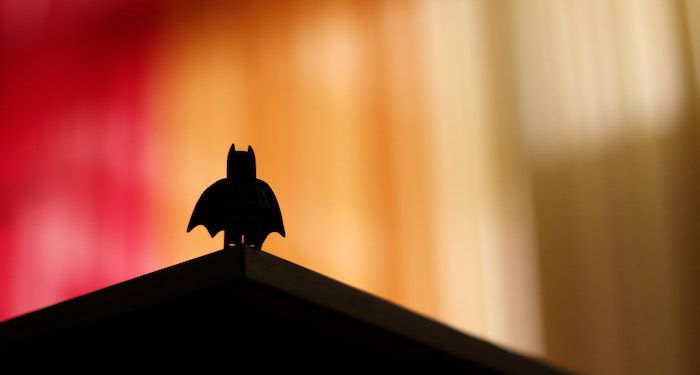 Batman may be one of the most beloved and well known superheroes of all time. Most of us remember The Dark Knight forming The Justice League or racing to save Gotham from a new threat. He’s been around since the 1940s and he has done A LOT. He’s been a ninja, fought next to the TMNT, and even partnered up with Hellboy (which isn’t even the strangest thing he’s done)! In fact, there’re so many stories about him it’s hard to keep up, and almost as hard to keep up with the best Batman villains.

Among other things, Batman is super smart. I mean, he even had plans to contain any member of the Justice League that might go rogue. It’s one of his many strengths, but those strengths shine when he’s tested by the bad guys. It is safe to say that superheroes are only as good as their villains, and when it comes to this cape crusader, he has dozens of bad guys. Even the newest film will have a roster of villains. So let’s take a look at the best of Gotham’s worst.

Two-Face AKA Harvey Dent used to be a District Attorney until he had a horrible accident and half of his face and body was badly injured. He has a thing for duality and he makes decisions with the flip of a coin. He’s more of a planner so we don’t see him onstage as much. He is one of Batman’s more known villains, but he lacks the back and forth dynamic the caped crusader shares with other bad guys.

That moment in Batman Returns where Penguin bites a man’s nose is forever scarred in my mind. Oswald Cobblepot is a mobster who, contrary to most of Gotham’s bad guys, is completely sane. He mostly enjoys a life of crime and wealth, so he uses his knowledge of martial arts and the umbrella equivalent of a Suiss knife to get whatever he wants.

This is the only villain on the list that isn’t a single person, but a group of people. Kind of like a League of Assassins that runs Gotham, the Court of Owls employs highly trained assassins to do their bidding. There’s something inherently terrifying in a secret society, made up of the city’s wealthiest people, behind the strings.

One of the more interesting bad guys on this list, Talia sways between loyalty to her father and the League of Assassins and her love for Batman. Talia is skilled in combat, and not for nothing she became the leader of the Secret Society of Super Villains. Even though she has evil moments and good moments, she’s a constant player in Gotham’s ecosystem. Even if we don’t know whose side she’s on, we know for sure that she likes to move the strings backstage, and her wit and cunning make her a worthy adversary.

The Master of Fear is indeed a fearsome adversary. Jonathan Crane was a professor who dabbled in fears and phobias, and his chemistry experiments led him to a fear toxin that gives his victims nightmarish hallucinations. Facing him is a living nightmare, and his relationship with Batman is more complex, as the caped crusader is the only thing the Scarecrow fears.

Edward Nigma challenges Batman like no other villain does. Despite him having no otherworldly powers, his intellect is enough to challenge the Bat. He used to be a puzzle aficionado until his ambition got the better of him, and he decided that his only worthy foe could be the caped crusader. He’s probably Batman’s most intelligent adversary. His riddles and puzzles bring out the detective side of the caped crusader, something we don’t see as often.

The Head of the Demon is one of Batman’s greatest supervillains. He’s the leader of the League of Assassins as well. He’s extremely intelligent, rich, cunning, and skilled in combat. He has all the resources to get his way. After all, he’s been alive for hundreds of years thanks to the Lazarus Pit. He’s basically an older, evil, version of Batman, and it speaks volumes of Ra’s that he wanted Bats to be his successor.

You’d think the man who broke the Bat (at least his spine) would be higher on this list. But despite his planning and his incredible feats of strength, Bane usually poses more of a physical challenge for Batman, which puts him in third place. He’s still a dangerous villain, as he has deep knowledge of science and can speak several languages. He’s not the mindless muscle depicted in most movies, and he’s one of the bigger dangers Batman has to face in Gotham.

Selina Kyle has been with Batman since the beginning. She appeared in the first issue of the comic as “The Cat” and she’s been the caped crusader’s antiheroine ever since. She doesn’t have any supernatural abilities, but her cunning and her whip make her a worthy adversary. Plus, the fact that she’s one of the more morally grey characters makes her stand out from the rest. Catwoman doesn’t do evil just because; she tends to do the wrong things for the right reasons. She also has a complicated love-hate relationship with Batman, which makes their interactions even more interesting. She’s like Batman’s Doug Judy, even when she helps the caped crusader, she escapes every time.

To no one’s surprise, The Joker is the best of Batman’s villains. It was obvious from The LEGO Batman Movie, right? He’s The Dark Knight’s nemesis through and through and we love to see his chaotic nature at work (with some exceptions). The Joker’s unpredictable and psychotic, plus he can manipulate people to work for him and execute his insane plans. Even his origin’s shady, and the story changes every time he tells it. In whatever shape or form, The Joker has been there since issue #1, and he’ll probably be there to fight whatever iteration of Batman there is until the end.