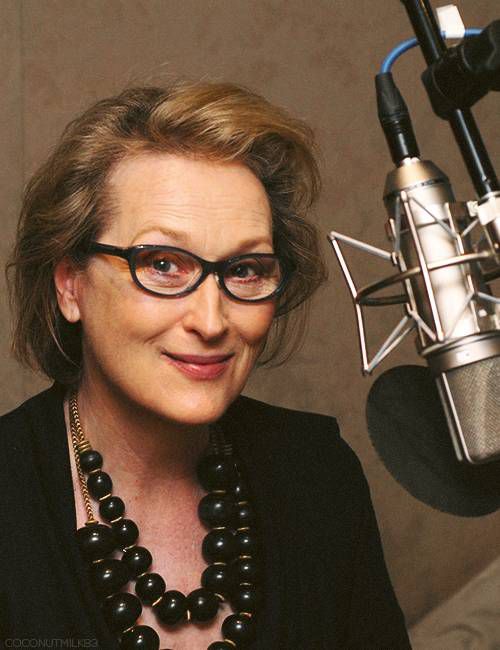 The 2014 Audie Award Finalists are here! We’re excited at Book Riot because the Audies are the Oscars of the audiobook world. They even have a fancy gala in New York where everyone from Colin Firth to Meryl Streep gets dressed up in glitzy outfits to accept their awards in May.

So how do the finalists measure up this year?  Let’s take a look!

Good job to the Audies on diversity! In a publishing climate where we seem to be inundated with awards for white dudes, the Audies have done a surprisingly great job including multiple ethnicities, races, and/or genders in most of the awards categories. It’s also interesting to note where they fall short: the nominees for Business/Educational, Fantasy, History, Humor, and Original Work are all by male authors, and the Erotica nominees are all by female authors.

I’m excited to see The Martian nominated for an award already — although it just came out in hardcover, it was released as an audiobook in 2013. It will face stiff competition from MaddAddam in the Science Fiction category. I also can’t wait to see whether The Goldfinch or The Son can take Literary Fiction, and Teen has another great matchup with Eleanor & Park vs. Forgive Me, Leonard Peacock. The Solo Narration categories are stacked with top notch picks, too, but I don’t think the competition can get any stiffer than it is in the Children’s categories — just check out those…

Read By the Author:

Books read by their authors are my absolute favorites, so I had high hopes for the Narration By the Author category. I’m a little disappointed that the nominees skew toward celebrity bios, particularly of the 65+ set (hey, nothing against Billy Crystal, Shirley Jones, Grace Coddington, and Valerie Harper).  I think the Audies really missed an opportunity to include other interesting author narrations like George Saunders, Aimee Bender, Jack Gantos, Reza Aslan, Dan Savage, and Malcolm Gladwell.  Let’s get some more literary fiction and nonfiction in the mix, y’all.

I absolutely love it when audiobook publishers give beloved classics a celebrity reboot. Or even when they dig into their backlist to revisit titles from just a few years ago.  We see several of these sprinkled into this year’s Audie Award nominees, like The Ballad of the Sad Cafe, The End of Nature, Frankenstein, Heartburn, Matilda, The Testament of Mary, and World War Z.  I love that these titles are getting recognition, but I’d like to see them get their own category so they don’t edge out other contenders.  (And there is in fact already a Classics category, which this year includes Coming of Age in Mississippi, The Complete Sherlock Holmes, Frankenstein, The Great Gatsby, and Love in the Time of Cholera.)

The picks for Literary Fiction and Teen seem a little out of step with other 2013 best-of book picks to me. (And let’s add Nonfiction while we’re at it.) In the past, audiobooks have been off in their own little world separate from mainstream publishing. But those lines are blurring now. I’m not sure whether or not I like that some of the Lit Fic & YA nominees seem to be coming from left field. On the one hand, it’s always nice when titles get recognized that we haven’t heard much about elsewhere. On the other hand, does it make the Audies look a little out of touch?

I noticed a lot of sci-fi, fantasy, and mystery nominees dominating general categories like Fiction and Solo Narration, even though they each get their very own categories, too. This seems like a throwback to the books-on-tape era when many audiobook readers were listening to primarily genre fiction. And do we really need extra categories for Paranormal and Thriller/Suspense when we’ve already got categories for Fantasy and Mystery? I have nothing but love for the genres, but if the Audies want to reach out to the wider mainstream audience that’s starting to get into audiobooks, I’d look for them to consider more popular and contemporary fiction nominees in upcoming years.

More Love for These, Please:

Overall, the Audie Awards have picked some excellent finalists this year, and we’re going to see a great group of winners come May. That being said, I would have LOVED to see The Good Lord Bird, Ham on Rye, Americanah, Vampires in the Lemon Grove, The Love Song of Jonny Valentine, Reality Boy, Dad is Fat, Self-Inflicted Wounds, Attempting Normal, and The Kid get some love in the nominations.  These were some of my absolute favorites from 2013.

Which 2013 audiobooks do you wish had earned a spot in this year’s Audie Award Finalists?