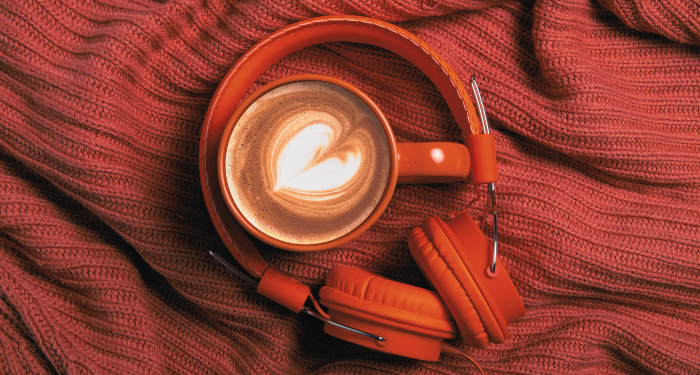 Audiobooks — especially the best audiobook thrillers — are great for the holiday season. There are so many little tasks that come along with whatever it is you celebrate. You have holiday baking, with the hours-long prepping and cooling and decorating, not to mention the mountain of dishes afterwards. I swear, some years my family spends hours at the sink washing yet another set of utensils and bowls from apple pie and the sugar cookies and everything in between.

There’s also gift wrapping, which gets increasingly out of control if you’re like me and tend to realize just how many people you love at the holidays and so must buy each and every one of them something they’ll love. And, honestly, I’m terrible at it. I can’t ever get my corners right, the tape folds in on itself, and tying those fancy ribbons isn’t a skill I possess.

But the pile of things to wrap or dishes to do or the long hours at the stove is so much more manageable when I’ve got something engaging to listen to. Something with twists and turns, something with red herrings to sift through in an attempt to solve what happened before it’s revealed. Here are ten of the best audiobook thrillers to listen to this holiday season! 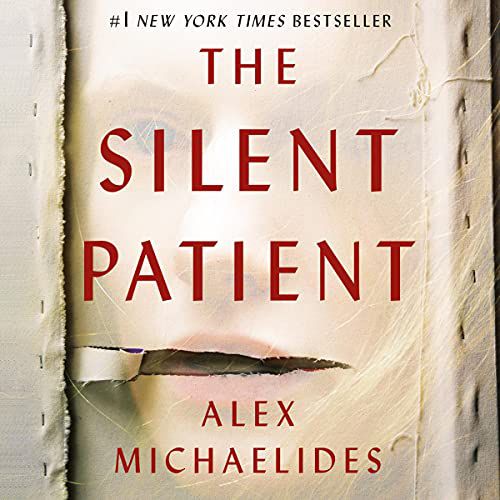 The Silent Patient by Alex Michaelides, Narrated by Jack Hawkins and Louise Brealey

Alicia Brenerson was an artist who seemingly killed her husband in cold blood and then stopped speaking entirely. Fascinated with her case, psychotherapist Theo Faber gets a job at the mental health facility where she’s being held to try to get to the bottom of what really happened. That proves hard to do, however, when the only person who was there refuses to speak a word. 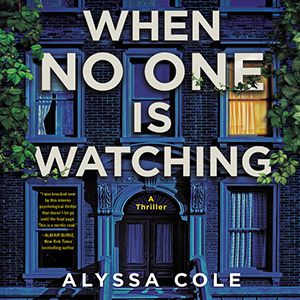 When No One is Watching by Alyssa Cole, Narrated by Susan Dalian and Jay Aaseng

Sydney, a recently divorced Black woman who moved in with her sick mother to take care of her, is doing everything she can to fight against the gentrification of her new neighborhood. She decides to set up a tour of the neighborhood to showcase its Black history with her friend Theo. But as their neighbors start disappearing one by one, quickly replaced by new white residents, Sydney and Theo just might be in the crosshairs to vanish next. 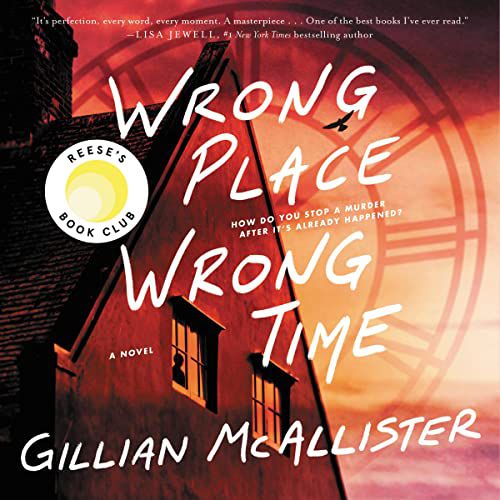 Jen’s son, Todd, is just like any other teenage boy until she witnesses him kill a stranger on the street. When she wakes up the next day, though, she realizes she’s moving backwards in time. Living through the past gives her the chance to find out what happened to the boy she raised and what brought him to that street corner with the bloody knife. And maybe, she thinks, she can fix things before it’s too late. 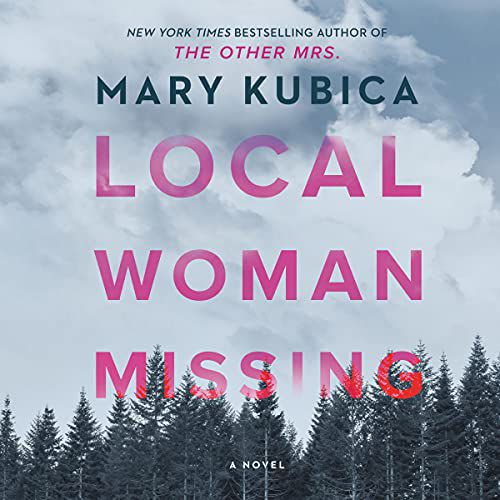 After the disappearance of two women and a 6-year-old girl on the same day, their families are left wondering what happened. When Delilah, the little girl, escapes her captors and returns home 11 years later, her brother is skeptical. She’s different than he remembers, but 11 years is a long time, and going through something like that is sure to change someone, right? 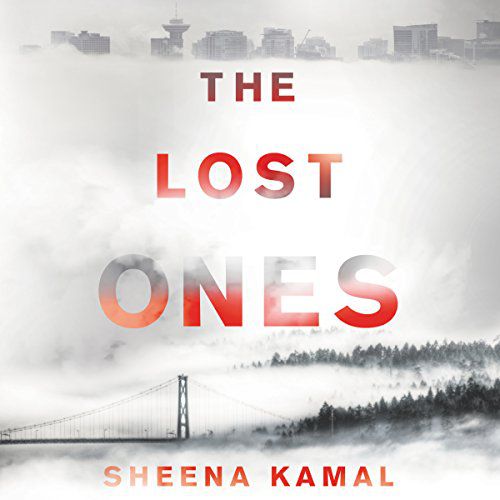 The Lost Ones by Sheena Kamal, Narrated by Bahni Turpin

When a struggling Nora Watts gets a call from a couple about their missing daughter, she’s not sure she wants to get involved. But seeing a picture of the teenage girl brings her back to her past, when she gave up her daughter for adoption years ago. Despite the fact the couple shouldn’t have had any way to know that information after it was sealed, Nora decides to help, using her lie-detector skills to figure out what happened to the girl after the police refuse to track down the “runaway” teenager. 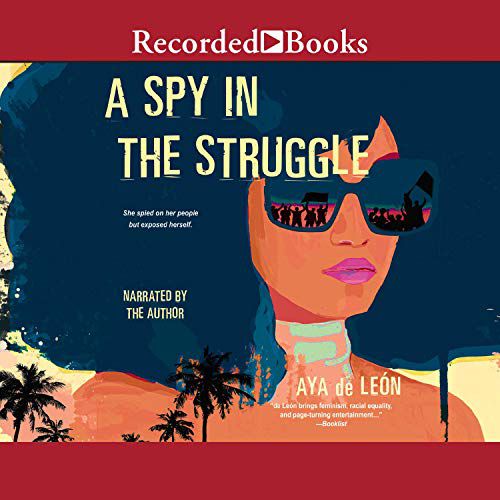 A Spy in the Struggle by Aya De Leon, Narrated by the Author

After her law firm is raided by the FBI, Yolanda gives over information and takes a job with the Bureau. They ask her to infiltrate a Black environmental justice organization in California the Bureau has its sights on. But as she gets to know the group and the people in it, she realizes the truth might not be so straightforward after all. 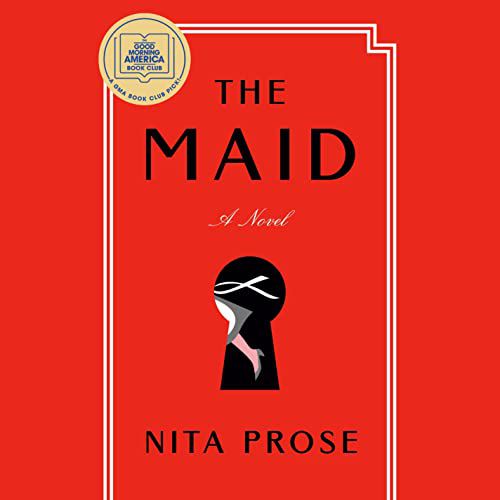 The Maid by Nita Prose, Narrated by Lauren Ambrose

When Molly, a maid at the Regency Grand with a keen attention to detail and a need for clear social rules, finds the body of a long-time resident Mr. Black, dead in his room, she becomes the police’s prime suspect. Now, with her gran recently dead and her financials in disrepair, Molly’s left struggling to prove her innocence. With her love for puzzles and a few friends she didn’t know she had, though, she’s determined to figure out the secrets lying beneath this tragedy in the hotel she loves so much. 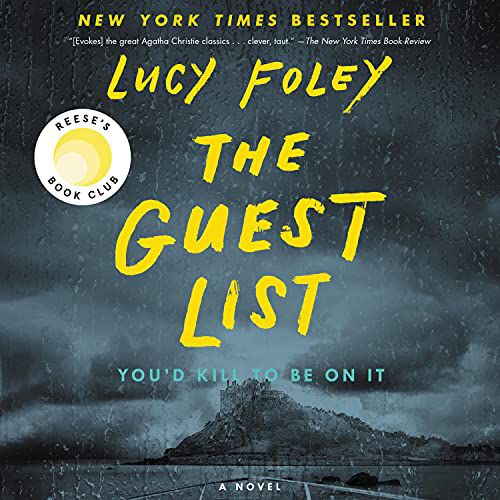 Jules, a magazine publisher, and Will, a TV actor, want privacy for their wedding. So, they bring their wedding party to a tiny Irish island to tie the knot and celebrate their relationship. Quickly, the lack of cell phone service and interpersonal drama have everyone on edge. And then someone ends up dead. 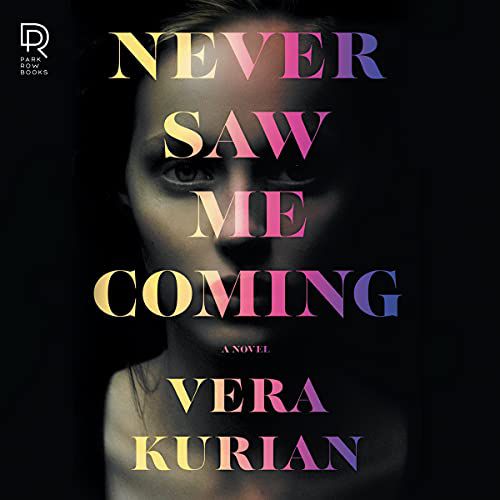 Chloe is one of seven college students who are offered scholarships to participate in a study. She, along with the others, is a diagnosed Psychopath, and a psychologist at John Adams is running a study on their daily habits. All she has to do is wear a watch and track her moods. Easy enough, right? But when one of the students turns up dead, Chloe and the others have to work together to figure out who the killer is, no matter how hard trust is to come by. 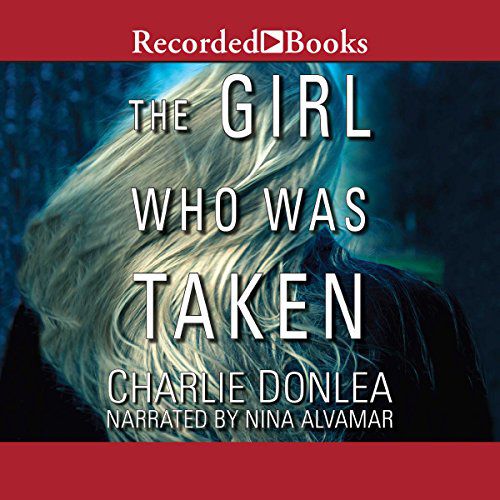 The Girl Who Was Taken by Charlie Donlea, Narrated by Nina Alvamar

High school senior Megan and her classmate Nicole went missing from a beach party a year before Megan emerged, alive and telling the story of being trapped in a bunker in the woods. She turns her story into a bestselling book, inspiring the nation with her perseverance. But Nicole’s sister, a forensic pathologist, finds another body that’s seemingly connected to Nicole and Megan’s case, and it doesn’t seem to stop there. Together she and Megan must figure out who’s responsible before another body winds up in the morgue.