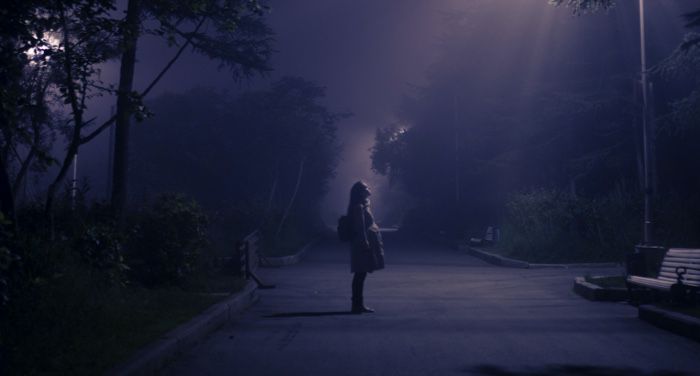 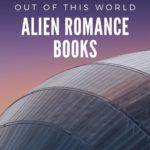 Editor’s Note: These alien romance books include stories about women in captivity.

Earth has a lot of problems. There’s global warming, politics, viruses, injustice, the long stretch between winter and spring break. Sometimes a person needs to escape. Not just with stories and happily ever afters but out of this world completely. Off planet. Another galaxy even. When you’re feeling blue, what better solution than to read a romance about a people who are literally blue? Submerging yourself in the world of romance is a great way to build hope again when this world gets you down. Alien romances are a great solution for when even a happily ever after might not be enough. I have five otherworldly alien romance books to get you started exploring outer space if you’ve never been. 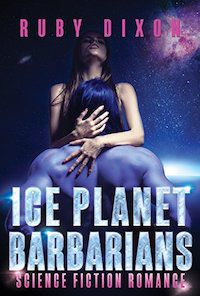 Let’s start with the blue folks. Georgie and a host of other human women are abducted by aliens. One second they were asleep and the next they wake to their captors having trouble with their spaceship and crash landing the “cargo” on an ice planet. Georgie is determined to survive on this new ice planet after not dying in the crash. She and a few women venture out to see what resources are available or what help can be found, and inevitably they come in contact with the natives: horned, blue, and extremely sexy. 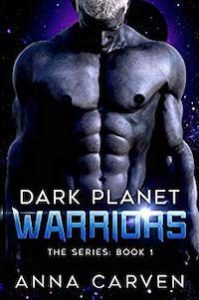 When the Kordolian’s battle cruiser gets seriously damaged going through a wormhole, they are forced to find supplies to fix their ship on a tiny human mining planet nearby. Tarak, a silver skinned, pointy-eared Kordolian, is determined to get the cruiser fixed before the wormhole collapses, but this human woman, Abbey, keeps distracting him. That and the fact that all the materials on this planet are substandard and that there’s monsters here aren’t helping his timeline. Abbey is trying to get these arrogant aliens on their way as soon as possible, but the feelings she gets every time Tarak is around has her questioning if she really wants him to go. 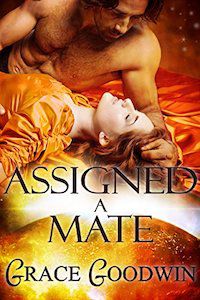 Assigned a Mate by Grace Goodwin

Eva is afraid for her life and has to get off this planet. There’s only one good way to escape, however: the Interstellar Bride Program. Even though it’s humiliating, she offers herself up to be assigned a mate and transported to his world. Once on Trion, a desert planet, Eva starts to realize how different things are from Earth. Like how she’s supposed to submit herself completely to her new mate, High Councilor Tark, and that there will be consequences if she doesn’t. Being bound and pleasured by her new mate isn’t as bad as she initially thought—in fact, it’s the sexiest thing she’s ever encountered. Just as Eva starts to fall for Tark, there’s problems back on Earth that threatens to tear her away from him forever. 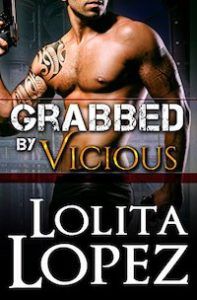 Grabbed by Vicious by Lolita Lopez

On this planet, women are held captive. They can earn their freedom by being selected by a lottery and running across the wild to a safe zone. If they make it, they’re free. If they’re captured by a sky warrior and collared, they are the warrior’s wife. Hallie is determined to earn her freedom. Colonel Vicious of the warship Valiant has other ideas both for Hallie and for what to do with that collar. Hallie’s never run so fast in her life, but she’s grabbed by Vicious and the real games begin. 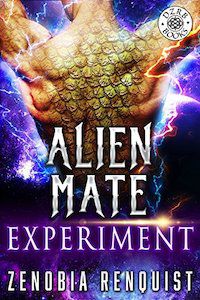 Semeera is looking for a fresh start after leaving her controlling ex-husband. She didn’t expect that start to be on another planet. After being abducted by aliens, she finds herself as part of a dangerous experiment. Captain Kader joins the experiment because his glory days of battle are over. There are no more challenges in his life, or so he thinks until he meets Semeera. Their fooling around causes a resurgence in a believed-to-be-eradicated disease. Did Semeera trigger it in him? Will the scientists be able to find a cure? More importantly, can two people of completely difference species actually fall in love?

Have these alien romance books piqued your interest but looking for a different genre? Check out these other posts about alien books:

15 of the Best Alien Books: Invasion Stories, Encounters, and Beyond