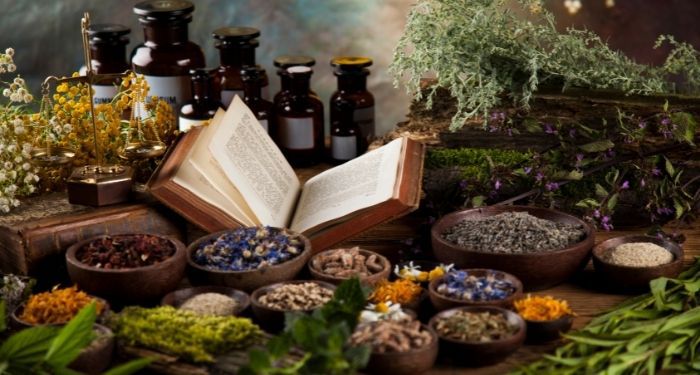 Alchemy. It’s a word I’ve been hearing since middle or high school. Whether I encountered it in stories or when learning about history, I don’t know that I ever truly knew what it meant. Maybe it’s just me, but I’ve definitely had to look it up multiple times to even start trying to answer the questions I had about it. Is it magic? Is it science? Perhaps something in between, or something altogether different? If you’re in a similar boat, hopefully some of the alchemy books in this list will shed some light on this fascinating subject.

Though I certainly haven’t become an expert by any means, I do have a somewhat better understanding of alchemy now. It was a precursor to modern sciences like chemistry and physics. It also encompassed philosophical traditions that emerged mostly independently in various parts of the ancient world, like China, India, and Egypt. While the study of alchemy came out of a desire to understand the natural world, it also eventually involved the pursuit of purifying and perfecting various materials. Alchemists sought to turn metals into gold by transmutation, and the human body to the soul by creating the elixir of life.

In this list, I’ve first offered a few nonfiction alchemy books that might provide you with background on the topic itself. Following that are some fiction recommendations for a taste of how alchemy has and continues to be incorporated into storytelling. Hopefully there is something for all. Happy reading! 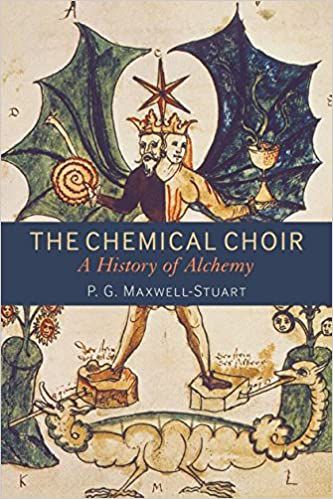 The Chemical Choir: A History of Alchemy by P.G. Maxwell-Stuart

First thing’s first, let’s take a look at the history of this mysterious and ancient science. A Chemical Choir provides a thorough overview of alchemy, covering the different variations of it that popped up in different parts of the world, as well as how it evolved over the centuries and led into the modern sciences that we practice today. 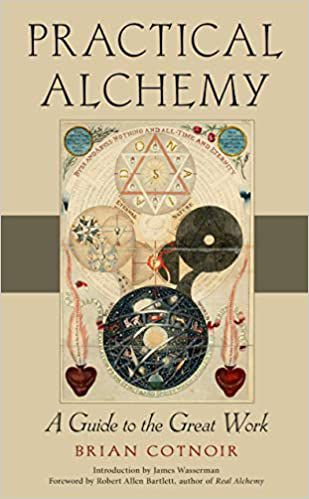 Practical Alchemy: A Guide to the Great Work by Brian Cotnoir

In this compact, digestible guide to alchemy, alchemist, artist, and filmmaker Brian Cotnoir offers step-by-step instructions for readers who want to begin alchemy as a practice of spiritual development and transformation. The book includes overviews of the history and theory of alchemy, as well as practical experiments that allow the reader a more concrete understanding of this practice. 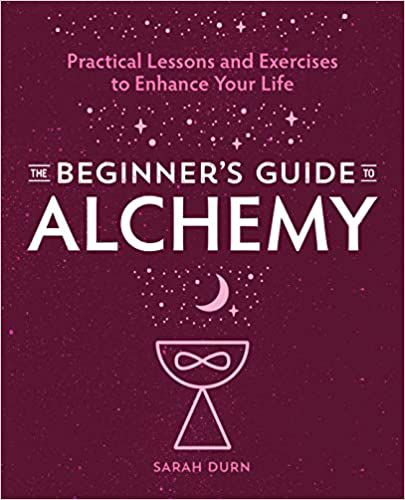 The Beginner’s Guide to Alchemy: Practical Lessons and Exercises to Enhance Your Life by Sarah Durn

Sarah Durn fell in love with alchemy because of the way it comprised three, entangled forms: the physical, mental, and spiritual. Alchemists were not only concerned with physical pursuits like turning things into gold, but they also desired to transform their souls to their highest forms. This accessible primer discusses not only the guiding principles of alchemy, but also includes historical context, profiles of various figures from alchemy’s history, and simple thought exercises and exercises that any novice alchemist can practice at home. 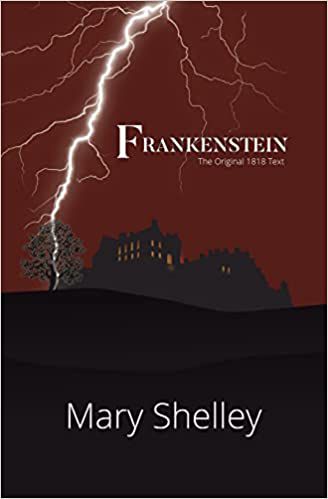 We can’t really start talking about alchemy in fiction without acknowledging this classic horror novel which is arguably one of the earliest examples of science fiction. Victor Frankenstein, a young scientist who grew up studying alchemy and other sciences and trying to understand the world, develops a procedure through which he can bring non-living matter to life. Frankenstein’s experiments culminate in the creation of the Creature — and I’m sure we all know what happens next. 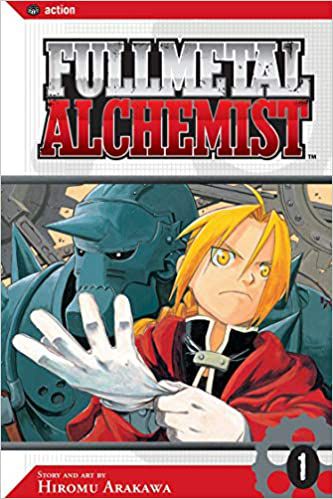 In this popular manga series, two brothers, Edward and Alphonse Elric, try to use alchemy to bring their mother back to life when she dies from illness. But because transmutation cannot be performed on humans, the attempt backfires, resulting in Edward losing an arm and a leg, and Alphonse losing his entire body and becoming just a soul bound to a suit of armor. In order to find a way to restore their bodies, Edward becomes a State Alchemist working for the government, and the two embark on a journey to find the Philosopher’s Stone. 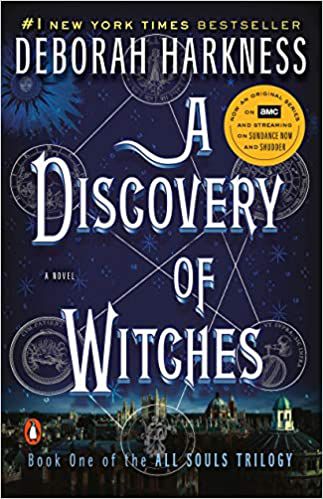 While conducting research at Oxford’s Bodleian Library, scholar Diana Bishop uncovers a book called Ashmole 782. Little does she know, the alchemical manuscript is enchanted and has been missing for over 150 years. When Diana, who also happens to be descended from witches, touches the book, it attracts a whole slew of magical creatures who had been searching for it, and begins to awaken the magical side that she had rejected. Alongside Matthew Clairmont, a vampire geneticist, Diana must now navigate this fantastical underworld and discover her own power. A Discovery of Witches is the first book in the All Souls trilogy. 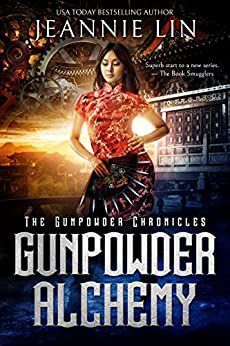 Jin Soling is a young Chinese woman trying to support her family after the execution of her engineer father eight years earlier. As she pawns off her father’s possessions to both feed her family and fund her mother’s opium addiction, Soling attracts the attention of the imperial court, launching her on a mission she can’t back away from. In order to bring the former Ministry of Science back together and find a way to reclaim lands lost to the British, Soling must help track down a rebel alchemist who is believed to carry the secret to powering the imperial navy. This steampunk novel set in China’s Opium Wars not only includes a fast-paced adventure, but also a great slow burn romance, political intrigue, and a confrontation of British colonialism. 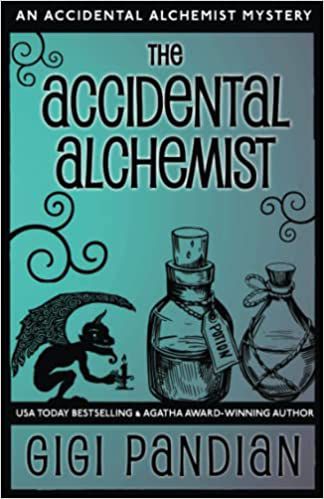 The Accidental Alchemist by Gigi Pandian

This mystery series features Zoe Faust and Dorian Robert-Houdin. Zoe is a recent transplant to Portland, Oregon who’s trying to start fresh and leave her life as an alchemist behind, while Dorian is a gargoyle who’s been accidentally brought to life and needs Zoe’s help. Together, the two embark on adventures to investigate mysteries and ancient secrets. Filled with magic, intrigue, and humor, this series is sure to delight fans of cozy mysteries and urban fantasy. 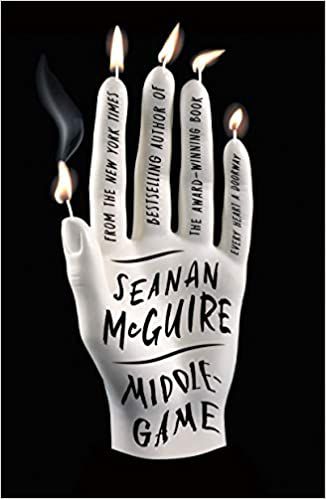 Roger Middleton is gifted with immense skill with words. Dodger Cheswich, on the other hand, is gifted with immense skill with numbers. The two discover they are twins who were separated at birth, and not only that, they are not exactly human. James Reed is the skilled alchemist who created the twins, and he has a plan to use them and their skills in his endeavor to achieve world domination. This novel was widely loved and acclaimed, and a highly-anticipated sequel, Seasonal Fears, was just released if you want even more! 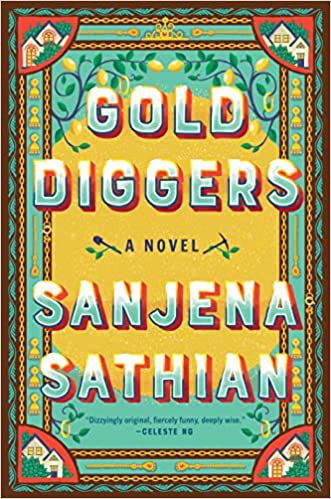 Neil Narayan, the son of Indian immigrants, grew up in Hammond Creek, a suburb of Atlanta. He notices Anita Dayal, his neighbor and childhood friend, is changing — she’s finding acceptance in the popular group, and she got into a fancy private school. Neil soon discovers the key to her success: an alchemical potion made from stolen gold. Struggling under the pressure and expectations from his own family, Neil wants in, no matter the cost.

For even more alchemy in fiction, check out this list of fantasy books featuring alchemy!