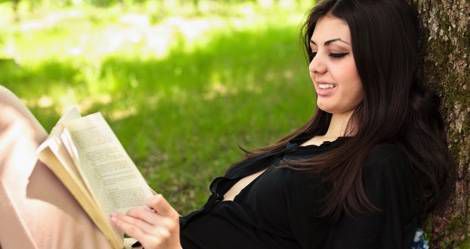 On January 4th, two weeks away from the inauguration of our new president, I started reading a book.

In some ways, it was the only book I could have started reading, really. It was a book that I knew would remind me of happier times, a book that had been there for me in difficult times past. It was a book that welcomed me home — my soothing, bright, welcoming copy of Harry Potter and the Philosopher’s Stone.

In the months since the election, like many, I have been oscillating between many feelings, including shock, outrage, fear, and disappointment. At first, like some fellow bookworms, I couldn’t read. My reading slump, which had barely begun ebbing away, suddenly tail-spun into an abyss. I rage-read think-pieces instead. I worked out my storm of feelings in writing. I binge-watched tv-shows that were set in far away places and far away times, which were decidedly not here.

By early January, though, I was ready. I looked at my bookshelf, and wondered if there was something there that would help me out of the prolonged rut I was in. So when a fellow Litten (that’s a friend/follower on the Litsy app, in layman’s terms) mentioned a Harry Potter Chapter a Day challenge she wanted to host in the new year, I added my name. After all, as many people, fellow Rioters included, have said, books, and especially beloved books, are a great way to gather strength, and to re-ignite.

As I began reading, however, I was surprised. I’ve talked before about my love of re-reading books, about how it’s fascinating to see how my engagement with a well-loved book changes over time. What surprised me, though, is that this change could happen a lot more quickly than I thought.

It should have been obvious that this would happen, maybe, but in my post-election fugue, it wasn’t. As I read this series, which is most precious to me for many reasons, in the new world we occupy, I’ve been startled to find myself paying attention to the story in a way I don’t quite think I have before. Phrases that I usually glossed over suddenly stood out, as if they’d been bolded in dark print in my mind — phrases like “…it will merely take someone else to fight what seems like a losing battle next time…”. Familiar, important lines, too, took on a new, more urgent meaning. Dumbledore’s reasoning for giving Neville those last ten points (“It takes courage to stand up to our enemies, but just as much to stand up to our friends.”) never seemed more vital to me than in the time we live in. And, my response to the characters’ actions seem to changed, too. Dobby’s decision to ruin Aunt Petunia’s pudding rather than let Harry go back to school, for example, made me feel a certain desperation and gravity, rather than the usual comical horror I had felt in previous reads.

Like many readers, I had a sense that the tones and themes of dystopian novels might start to feel faintly, eerily familiar in the next four years. But I wonder, now, what other favorite books besides dystopian ones will take on a new meaning? Will acts of gleeful defiance in my favorite middle-grade/ YA series become something different — something more — for me? Will the struggles of my favorite romance heroines, with a variety of roles, beliefs, and journeys, feel that much sweeter, that much more triumphant? How will this America re-shape the books of my childhood?

So far, it’s been emotionally fierce. Perhaps my new-found responses mean that I am paying even more attention to the things that matter. Perhaps it means I have not yet lost hope.

Have you re-read a beloved favorite in the months since the election? Did you find your reading of it change? Share it in the comments!