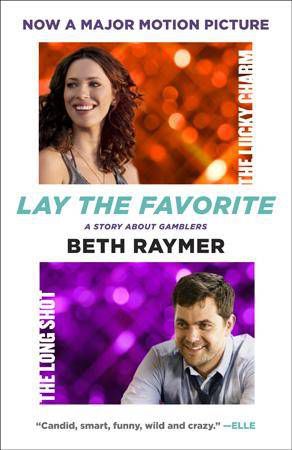 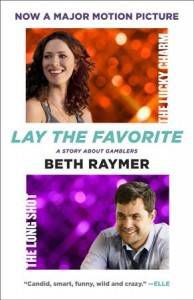 This installment of the Riot Recommendation is sponsored by Lay the Favorite: A Story About Gamblers by Beth Raymer.

A wild ride through the high-stakes sports gambling underworld, as seen through the eyes of a young woman who’d come to Las Vegas hoping to land a job as a cocktail waitress and instead found herself seduced by the adrenaline-fueled, high risk/high reward gambler’s life, and the complicated, funny, sexy, dangerous, rule-breaking roguish types who became her mentors, her enemies, her family. Raymer brings to life a world that teems with pathos and ecstasy in this wild picaresque that also tells the story of a young woman’s crazy, sexy, most unlikely coming-of-age.

Last week, we asked for your favorite behind-the-scenes memoirs. Here’s a list of books that satisfy your voyeuristic literary urges and provide a peek behind the curtain of an otherwise secretive culture or group, as collected from your recommendations in the comments and on Facebook and Twitter.

Please Kill Me: An Uncensored Oral History of Punk by Legs McNeil and Gillian McCain

Leaving the Saints by Martha Beck

Mennonite in a Little Black Dress by Rhoda Janzen

The Wolf of Wall Street by Jordan Belfort

The Heroin Diaries by Nikki Sixx

The Mistress Contract by She and He

The Devil in the Kitchen by Marco Pierre White

The Undertaking by Thomas Lynch

The Sex Lives of Cannibals by J. Maarten Troost

The Burn Journals by Brent Runyon