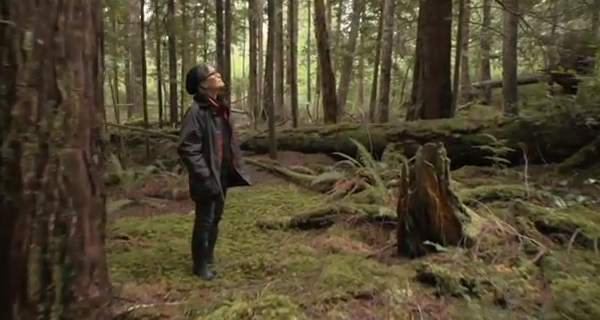 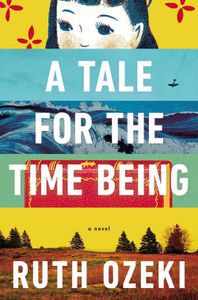 The book trailer for Ruth Ozeki’s newest novel, A Tale for the Time Being, is a little longer than most. It isn’t as flashy as others. It sticks to a pretty simple formula. It introduces the reader to two of the main characters, suggests the plot, and makes the viewer want to know what is coming next. It is beautiful. Had I not known I was watching a trailer for a book, I would have been checking my local theater listings.

I had the opportunity to meet Ozeki last Thursday, just two days after featuring the trailer on BookRiot.TV. I complimented her on it as I made my way through the signing line, telling her how much I admired the cinematic feel. She was thrilled to have such positive feedback. She told me that she’d once been a filmmaker and that she’d made the trailer herself. Once I heard that, I couldn’t pass up the opportunity to ask her a few questions on how the trailer came to be and whether she’d do it all over again.

Cassandra Neace: At what point in the writing or publishing process did you decide to make a trailer for your book? Or was it the publisher’s idea?

Ruth Ozeki: I’m a filmmaker, and so I really liked the idea of making a trailer, and my editor encouraged me, too. From time to time she would wistfully remark how beautiful my island is, and how lovely it would look on film, and then she’d remind me that I used to be a filmmaker….hint, hint…. So the idea was in my head since last summer, but of course I put it off until the last minute, and barely managed to get it shot and edited in February.

CN: How did you go about producing the trailer? Where did you shoot the footage? How much of the work did you do yourself?

RO: I had some ideas of what I wanted to shoot, and I called my good friend Bill Weaver for advice, and he volunteered to help. Bill is a lovely cameraman and filmmaker, and he said he’d come up to Cortes Island, where I live, and shoot it for me. I was so happy! That’s when I realized it would really happen.

Bill lives in Victoria, BC, and Cortes Island is about 3 hours’ drive (plus a bunch of ferries) north of Victoria. So it’s pretty remote, but Bill has a house on the island, too, and knows it well. I knew he’d be the perfect person to shoot and edit the trailer. What makes this trailer special is Bill’s gorgeous cinematography.

I made up shot lists, my husband, Oliver, helped, and we did most of the shooting in three days, but we shot a lot more than we actually used, because I wanted to have enough footage to make a couple of mini-documentaries, too.

CN: How did you decide which elements to include in the trailer? I found the image searches that the character Ruth is doing on her computer to be particularly fascinating.

RO: It was really just a matter of shooting what was available. We had a stunning landscape, and, well, we had me. We didn’t have time to cast actors for the roles of the Japanese schoolgirl, Nao, and her 104-year-old great grandmother, so I decided to cover these sections of the book dealing with Japan, Akihabara, Maid Cafes and Japanese Zen temples by showing character Ruth trawling the Internet, which is what she in fact does for most of the novel. Ruth is on a remote island, and her only connection to the rest of the world, to Nao’s world, is through the computer, and she’s trying to find out the girl’s fate.

I should mention, too, that we had a stunning soundtrack, the beautiful music of Le Mepris, composed by René Margraff. That music, which René allowed me to use for both the trailer and the audio book recording, was a HUGE inspiration. You could say I made the trailer in order to put images to the music.

And, too, the Buddhist nun photograph that comes to life? I found those photographs on the Internet. They were taken by Linda Butler, who is a wonderful photographer, and she allowed us to use them in the trailer, and she suggested that we animate them. I was unbelievably happy, because Linda’s photographs are so stunning, and I’d fallen in love with the nun.

People are so generous. I could never have made the trailer without all this help.

CN: The trailer has a very cinematic feel to it. It feels more like a short film or a true movie trailer than a commercial. Would you ever consider making a film adaptation of the novel on your own? Has there been any outside interest in doing so?

RO: Never! I would never take it on myself, however I would totally support anyone else who would like to turn it into a film. I think it would be a beautiful film, and I know there’s interest, but nothing definite yet.

CN: Having made a book trailer and put it out there in the world, what do you think of the experience? Is it something that you would do again? Have you considered going back and making trailers for your earlier novels?

RO: I wouldn’t want to go back and do trailers for earlier novels, but I think I will always want to do them from now on if I can. And if I can find the time, I may make the mini-docs for A Tale for the Time Being, too. Like I said, we shot a lot more footage than we used, and I think we could make some interesting shorts from the material we have.

CN: As a filmmaker, what advice would you give other authors who are considering trailers for their novels?

RO: Don’t do it unless you have: 1) a lot of time and/or money; or 2) someone who knows what they are doing to help; and 3) you really really want to do it. I’m just saying that I wouldn’t pay someone a lot of money to make a trailer, just because you think you have to.

Check out the trailer for A Tale For the Time Being on BookRiot.Tv.