A common refrain I hear from new manga adopters is that they don’t know where to start. For the most part, I take this to assume that they want recommendations, which I’ll gladly give if I have a good sense of their tastes and preferences. But I recently came to a horrible realization. It’s not just that new readers don’t know which titles to begin with; they don’t really know where to buy them.

It gets worse when you look at the options for buying digital manga. I’ve previously written about how scanlations present a pervasive problem to the North American manga industry. The obvious solution to counter unlicensed fan translations is to offer legitimate digital versions, but my heart sank when I realized how confusing the legal North American digital manga landscape actually is. I personally find it hard to keep track of myself, so I can only imagine how intimidating it is for a new reader. In my continuing quest to lower the adoption barrier, I thought I’d offer some advice to people interested in buying digital manga.

The first, and probably most important, thing to know is that there are two areas of digital manga, so to speak. There are digital versions of manga volumes and there is what’s known as simulpub, which is when the latest chapters of popular manga series are published in English at the same time they’re released in Japan. This isn’t an either or situation, but it’s something to be aware of to avoid confusion.

Let’s begin with the former. You can buy digital manga on a variety of platforms. Availability varies from publisher to publisher but for the most part, it boils down to preference.

For people who want to read in familiar formats, many publishers make their catalog available on:

Another lesser-known option is Crunchyroll. The site makes titles from select publishers (e.g. Kodansha, Vertical) available via their online reader. The reason I especially want to highlight Crunchyroll is because many fans have premium accounts with the site to watch anime. Guess what? Access to their manga offerings is included in your premium membership! In addition to the online reader that can be accessed through your browser, they also offer an app on Android and iOS. (Important note: It’s not the same app you use to watch anime!) 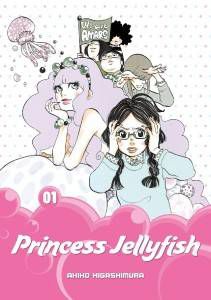 If the manga you’re interested in buying is published by VIZ Media, you also have a third option. VIZ makes a significant portion of their catalog available via their VIZ Manga site, which is an reader platform similar to Crunchyroll’s except you buy specific titles rather than having a subscription that lets you access the entire catalog. Like Crunchyroll, though, they have Android and iOS apps for your mobile devices.

Of course, not all manga series are available digitally. But if it is, chances are you’ll be able to buy it through one of these sources. If you can’t find it, you can confirm with the publisher’s site to make sure it isn’t available through some other method. Just be aware that some sites are better laid out than others when it comes to making that information easy to locate.

Now, let’s say you’re a manga reader who’s caught up with the volume releases and wants to read the latest chapters. If you find yourself in this position, then I have another piece of advice: know who publishes the manga title. Similar to anime simulcasts, there isn’t a centralized location for simulpubs so you’ll need this bit of information. Another thing to know is that typically only the most popular titles are available via simulpub. It’s always worth checking out to see if you can read new chapters, but realize you might not be able to.

If the manga is published by Kodansha, go to Crunchyroll Manga. Recent chapters are available through their online reader. In fact, if you’re only interested in reading the latest chapter, you don’t actually need a premium account. A regular account lets you access the latest chapters. As long as you keep on top of things, you can stay up-to-date for free! What’s nice about Crunchyroll Manga is that they have a simulpub tab, which lets you browse all simulpub offerings at a glance. There are some offerings that aren’t available through North American publishers (e.g. Sun-Ken Rock) or some Kodansha titles that are licensed by other companies in English (e.g. Ajin: Demi-Human).

If the manga is published by Yen Press, go to the publisher’s digital page. Look under the titles that are released for the current month and scan for the word “chapter” (versus “volume”). Those are your simulpubs. The selection is still a bit limited, but don’t worry. Fan favorite Black Butler is one of the simulpub titles. Yen Press’ simulpubs are available through Kindle, Nook, Kobo, and iBooks.

As you can see, buying digital manga can be a complicated process but hopefully this made navigating the options a bit easier. Have any questions? Thoughts about these formats? Sound off in the comments!