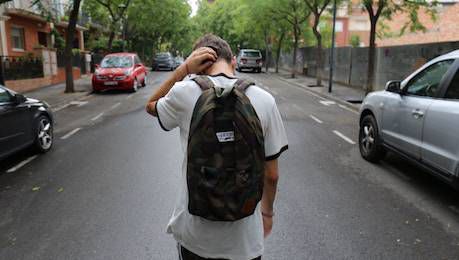 This is a guest post from Callie Ryan Brimberry. Callie is a teacher, writer, and editor in Virginia. She spends her free time leaving books on park benches and in random coffee houses, hoping her margin notes read like love letters to those who’ve yet to fall in love with reading.

This morning, as I was mowing the yard, a young boy (around 13) with blue hair came and stood in my driveway.  I’d seen him around the neighborhood before, always alone, or—if with a group of boys—always noticeably more alone than the rest of them.  Not just alone in the emotional sense, but alone in that he was always slightly behind them, always one note of laughter too late, one smile too shy.

Today, he was alone-alone, which made him seem less lonely. I waved. He waved. I continued to mow. He continued to watch me mow. Then, I noticed him moving toward my van. Very slowly. I saw his hand reach for the door, even though he was still facing me.

I stopped mowing. He stopped reaching. For several moments, we stood in a stand-off of awkward smiles and uncertainty. I asked if he needed anything. He stood there unsure, chewing on his words and lips, before he offered to mow the yard for me. This caught me off guard, and I declined.  He stared at me until I asked, again, if he needed something.

I knew right away what he had taken from my van. Over the weekend, the boys and I went to the Harry Potter and the Prisoner of Azkaban: The Illustrated Edition release party because…it was a Harry Potter release party. We all donned our robes, me and my older son in Gryffindor, and my younger, more mischievous son proudly in Slytherin. We ate cookies in the shape of Harry’s glasses, performed spells on random strangers, and had a great time. 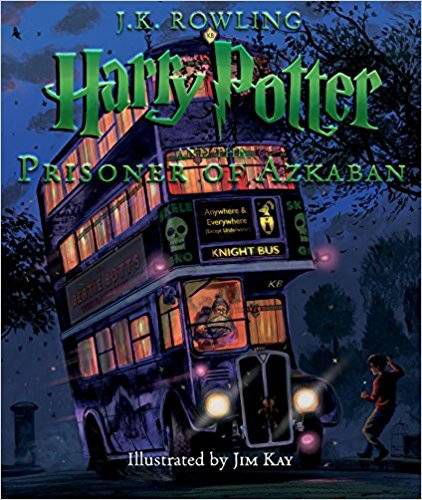 Later that night, after carrying my sleeping kids into the house, I went to get our book from the van and I found a Barnes and Noble bag empty save a receipt and crumbled cookie wrappers. I immediately assumed I had left the book behind at the table in the café.

That was a few days ago, and today, blue-haired Travis from down the street stood before me pulling my copy of Harry Potter out of his book bag.

I had a lot I could have said. A lot I probably should have said. But, I thought of the twenty dollars he didn’t take out of the van and all the books I had taken, read, and hidden without permission. All the things I had stolen and never returned.

He told me he did, but was a little confused. Blue haired Travis had seen the Harry Potter movies, but never read the books.

Travis left with six books, I kept one.