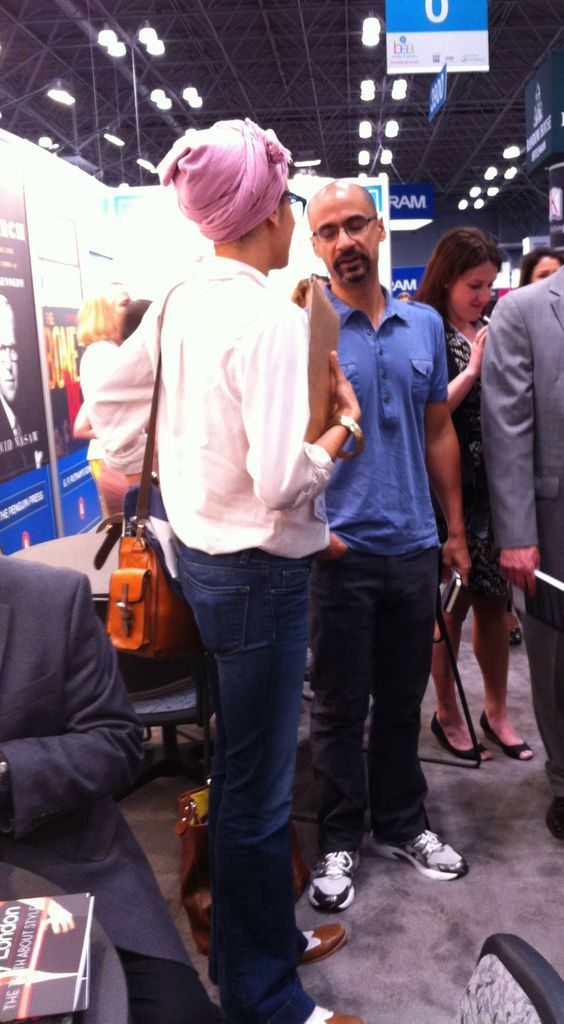 Well. Book Expo America 2012 is finally over, and we’re either recovering from the long days and blistered feet (if we attended), or consoling ourselves that there’s always next year (if we didn’t). I know there have been many wrap-up posts, but I wanted to reflect on one of my biggest revelations from the show: authors truly are my rockstars.

I came to the realization that I really don’t care, after listening to the amazing Barbara Kingsolver at Tuesday’s Author 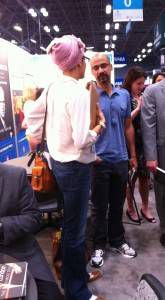 Breakfast, moderated by Stephen Colbert. Kingsolver, swooning a little over being on the same panel as Colbert, noted, “Our real guilty pleasure when we’re in work avoidance mode is we read the dictionary. In a moment of true degeneracy, we’ll play solitaire. We’re not that cool. These are not the elements of celebrity. And you know, celebrity is everything. We have celebrity chefs and celebrity housewives and celebrity criminals and celebrity celebrities. That’s a real category. It has occurred to me that the profession in which you’re least likely to get a book contract is…writer.”

The line-up of non-writer celebrity authors at Book Expo certainly didn’t disprove Kingsolver’s wry observation, but I wanted to reassure her from the back of the room that I was equally as excited to see her and the other author panelists – Junot Diaz and Jo Nesbo – as I was to see Colbert. (And I was most excited to see Colbert because I live in DC and am also an unabashed political/news junkie).

In looking through the photos I took during the show, I realized that my “squee-worthy” moments were evident by the people I chose to capture. I tweeted a picture of Junot Diaz and Zadie Smith, just hanging out and chatting in the Penguin booth. And I giddily snapped a picture of Justin Cronin signing copies of The Twelve, his sequel to 2010’s The Passage, after an amazingly long wait in line. But I took no photos of Colbert or Jimmy Fallon or any other traditional celebrities.

As I made my way through the rest of the trade show, crisscrossing the floor and catching glimpses of famous faces, I found it amazing how few of the celebrity chefs (Rachael Ray, multiple Top Chef alums like Mike Isabella and Carla Hall), celebrity athletes (Kristi Yamaguchi), celebrity housewives (Teresa Giudice), celebrity stylists (Tim Gunn), celebrity fitness gurus (Joy Bauer), celebrity musicians (Michael Bolton), celebrity contractors (Mike Holmes), and celebrity actors (Kirstie Alley, Chris Colfer, Molly Ringwald) I cared about lining up for. I admit I did get a little bit (okay, a lot) starstruck when I caught a glimpse of Molly Ringwald (80s baby!), but for the most part I maneuvered my way around those monstrous lines to get a chance to meet Robert Goolrick, Gillian Flynn, and Chris Bohjalian, among many others.

That’s not to say that those celebs are not worthy of standing in line for – goodness knows, if I’d been able to get a ticket, I would’ve stood in line all day for Molly Ringwald. And I sat enraptured, along with hundreds of other attendees, listening to Patti Smith and Neil Young discuss music, the process of writing and the impact of technology on culture. Of course, I knew Smith primarily from her award-winning memoir Just Kids, not her storied music 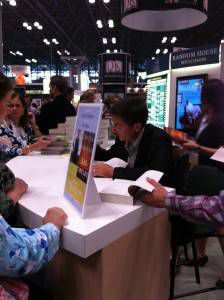 career. So that only half counts.

It was, I think, quite possible to run into all the same people in the same lines throughout BEA, and also to completely miss an entirely different groups of attendees who were there for the famous faces (or the cookbooks, or the Young Adult authors, or the romance, or any number of genres). We all had our “rockstars” to see.

The vast gap between the celebs-as-authors crowd and the authors-as-celebs crowd was punctuated ever so brilliantly on the last day of the show, when the autographing line for Kirstie Alley and the autographing line for Jon Meacham, author of Thomas Jefferson: The Art of Power passed each other on either side of the center aisle, moving in literal and figurative opposite directions.