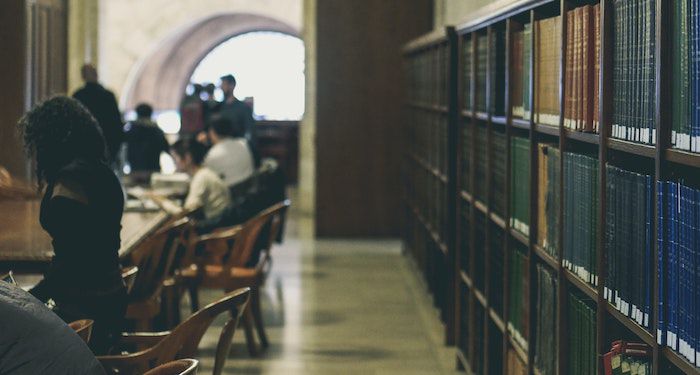 In my last Book Riot post, I wrote about my problems learning to live in a town without its own bookstore and asked if readers had any advice. Many people helpfully and accurately pointed out that I should learn to use the library more, which is totally correct.

In fact, I meant to write about how great my new local library is in the post, but I forgot. Luckily, writing about my library seemed like the perfect topic for a Thanksgiving Day post, since I’m deeply thankful to have moved to a rural town with a well-stocked and well-connected library.

There is one library in the town where I live, but, like many organizations in rural areas, my library is connected to a network of other libraries that make up the Viking Library System. This system covers six counties in west Central Minnesota and has 11 member libraries in those counties. It’s one of only four systems in our state that is considered a “combination system” — independent local libraries that also serve the public outside the cities that fund and operate them.

What’s cool about this is that it multiplies the resources every library has at its disposal and makes the rural libraries more valuable. Just recently, the system started offering ebooks and audio books for rental — a costly system that no single library would likely have been able to do on their own, but they can offer together. It’s really pretty awesome.

Since I moved, I’ve seen a big increase in the number of library books I’ve read. I have a giant book tracking spreadsheet, and one of the things I pay attention to is where my books come from. Before I moved, I only read about 22 percent library books. Since I moved, that number has jumped to 36 percent. While the overall number of book sizes are different (71 books pre-move and only 30 post-move), I do think that’s a significant jump.

One reason I think this happens is because the waitlist for many very popular books is quite short. When I lived in a big city, it wasn’t uncommon to end up on waiting lists of more than 300 people for some particularly popular books. Now, the longest waitlist I’ve ever been on has been four people (for Mindy Kaling’s new book Is Everyone Hanging Out Without Me (And Other Concerns)). I got copies of State of Wonder by Anne Pachett, The Marriage Plot by Jeffrey Eugenides, and When She Woke by Hillary Jordan just days or weeks after I requested them. It was amazing.

I also have access to the local university library, but I haven’t made the time to go exploring there just yet. Soon, I hope. Despite my frustration about not having a bookstore, I can’t complain when I’m reminded that my local libraries are always an option.

What’s your favorite thing about your local library? What local bookish location are you most thankful for?