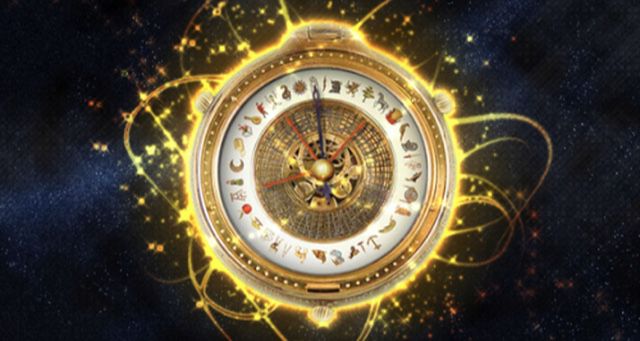 After hearing that the BBC is creating a miniseries based on Philip Pullman’s His Dark Materials trilogy, I immediately went to my bookshelf and pulled down my well-worn copies of these books. I reread the series over the course of a month. The Golden Compass, The Subtle Knife, and The Amber Spyglass are deep dives into epic fantasy, philosophy, and theology. I can’t wait to see BBC’s adaptation of this series, but there are a few things BBC really needs to get right.

Lyra Belacqua is the main character of these books. She is a fierce, wild 12-year-old girl full of curiosity and strong will. Lyra gets swept up into a fight against the authorities without knowing that a prophecy has been made about her. Lyra is brave, shrewd, and loyal. Again and again, she faces daunting tasks on her own and succeeds. By the end of the series, Lyra has experienced love for the first time, but then she must face a painful goodbye. I’m eager to see how actress Dafne Keen embodies this role.

One of the most important things in the books is the humans’ daemons. A daemon is a physical extension of a person’s soul in the form of an animal that can speak, think, and sense its human’s emotions. Daemons and their humans cannot withstand much physical distance between each other and both will experience great pain if they become too far apart. Daemons and their humans have a close personal bond and are more than just kindred friends; the daemon is, in a sense, an extension of the human’s conscience, will, and feelings. Daemons of children can easily change form, but once a child reaches adolescence, their daemon settles into a fixed animal form. The challenge that filmmakers have here is to create lifelike animals who not only have human qualities but also existentially complete their human companions. On the reverse side, they will also have to show the agony of a human being separated from his or her daemon.

Also known as the golden compass, this small contraption has the ability to answer questions and tell the future through a series of moving hands and pictures. The alethiometer only works when the user of it can clear his or her mind and descend into a deep level of consciousness. One of the joys of the book is that Lyra, who is just a child, discovers how to use the alethiometer and uses it for good while greedy adults attempt to acquire and use the golden compass for evil. But like the daemons, the golden compass is more complex than just a fancy tool or a magic wand. It needs to be portrayed as an object with many layers of meaning and with an ability to communicate to humans. We must see the alethiometer as not merely an object, but as a player in the unfolding epic story of Lyra and the worlds she encounters.

In the first book, The Golden Compass, Lyra meets Iorek Byrnison, the dethroned king of the armoured bears. Similar to what we would think of as polar bears living in the arctic, these bears don’t have daemons, but they have something similar – their armour. We learn that a bear’s armour is his soul, a part of himself. When Lyra finds Iorek’s armour and returns it to him, she sees who Iorek truly is – a mighty yet merciful leader. We should be able to tell that Iorek is not his true full self without his armour, and that with it, he is empowered to fight for justice.

The series revolves around the concept of Dust, which is sometimes described as original sin or consciousness. When church leaders find out that children have less Dust than adults, they attempt to separate children from their daemons in an effort to keep Dust away. One character, Lord Asriel, finds a way to use Dust to open doorways to other parallel worlds. Will Parry, Lyra’s friend, also uses a knife to cut through to other worlds, as seen in the second book, The Subtle Knife. By the last book, it is discovered that these doorways are allowing too much Dust to escape and affecting the ecology of many worlds. Dust is part of the trilogy that has deep religious and philosophical meaning, so it will be difficult to portray on film, because it needs to be something both physical and transcendental.

These wheeled creatures appear in the last book of the trilogy, The Amber Spyglass. The mulefa are sentient four-legged creatures in a parallel world who use large round seedpods from trees as wheels. They are described as elephant-like with long trunks and a diamond-shaped skeleton. The Mulefa communicate through trunk movements combined with sounds. When scientist Mary Malone finds herself in their world, she learns that Dust affects the Mulefa as well and is part of their society. I have a little trouble imagining these creatures because the concept behind them is so foreign to me. Filmmakers face the challenge of bringing the Mulefa to life in a way that is faithful to the book.